Save In Depth Power Settings To A Text File 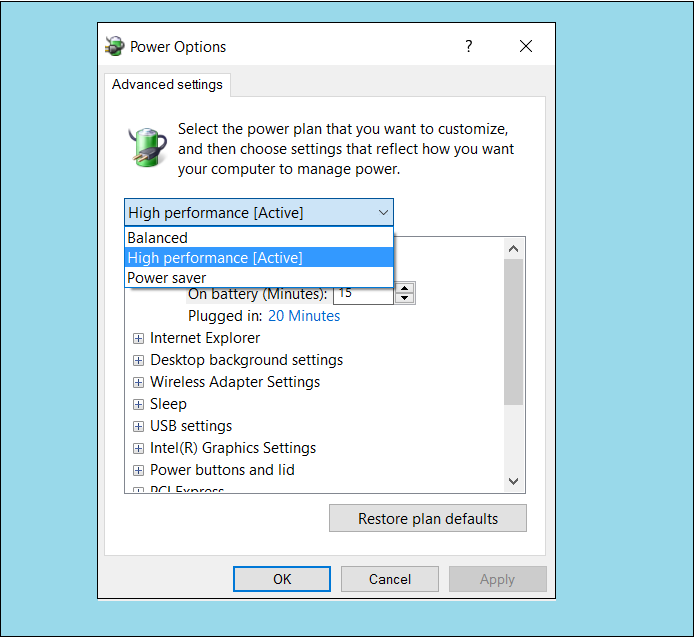 Windows has a number of power plan settings, that allows you to select and configure options according to your overall usability. A given power plan can assist In maximizing system performance, save battery power, Increase/decrease CPU speed and a lot more. There Is a limit to the amount of details available In the Windows' Power Options, so In this tutorial, I will show you how to generate and save an In depth power settings report to a text file.


Before I begin, here's what I'm referring to. Navigate to the following directory:

You will now see the available power plans, as per the Image below. 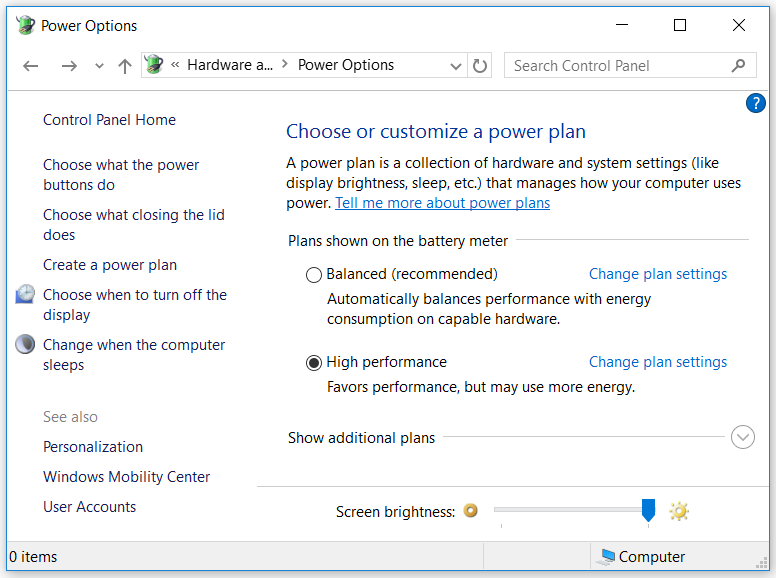 The most common power plans native to Windows, are Balanced, Power Saver and High Performance. Each have their strengths and weaknesses, and If you've already selected one based on your day-to-day computing tasks and wish to know exactly what It entails, then this tutorial Is for you.

I will be demonstrating how to generate & save a very In depth power setting report to a text file, on a power plan of your choice, by using the Command Prompt. You can then view Its contents, and make an Informed decision as to whether It's right for you. So without further ado, let's rip Into this tutorial.

Step One:
To access the Command Prompt, open the Run menu, enter cmd and hit OK. 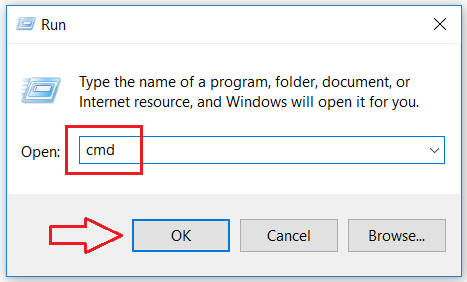 Step Two:
Next, enter powercfg /L, and hit the Enter key on your keyboard. Each Power Scheme (on the computer) Is returned, namely Balanced, High performance and Power saver. Notice the GUID entries next to each one? We'll need one of these, and I'll explain why In the next step. 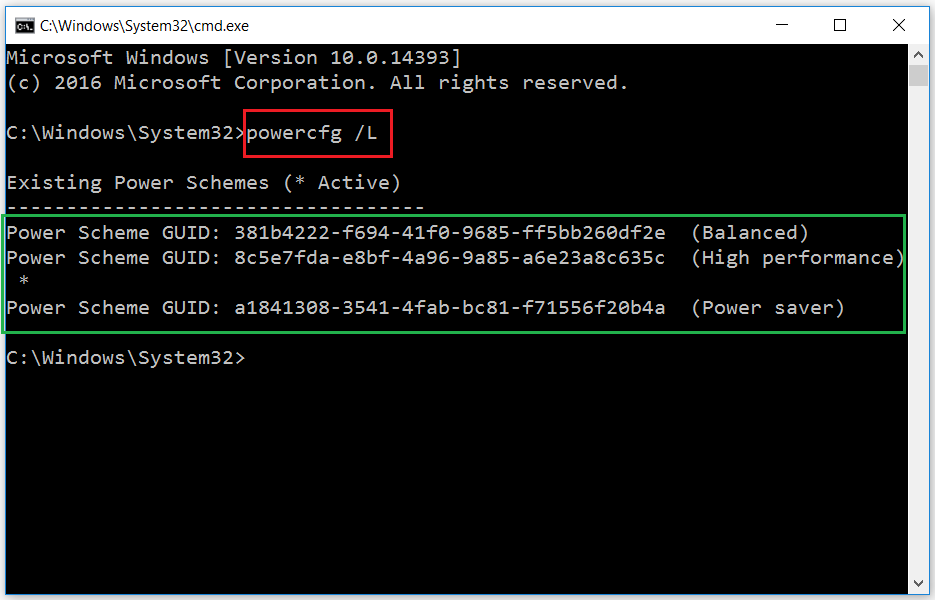 Step Three:
Simply put, the GUID Is generated by the operating system, to uniquely Identify each Power Scheme. Select the GUID of the Power Scheme (Balanced, High performance or Power saver) that you want to save to a text file. As per the Image below, I've selected the High performance GUID. 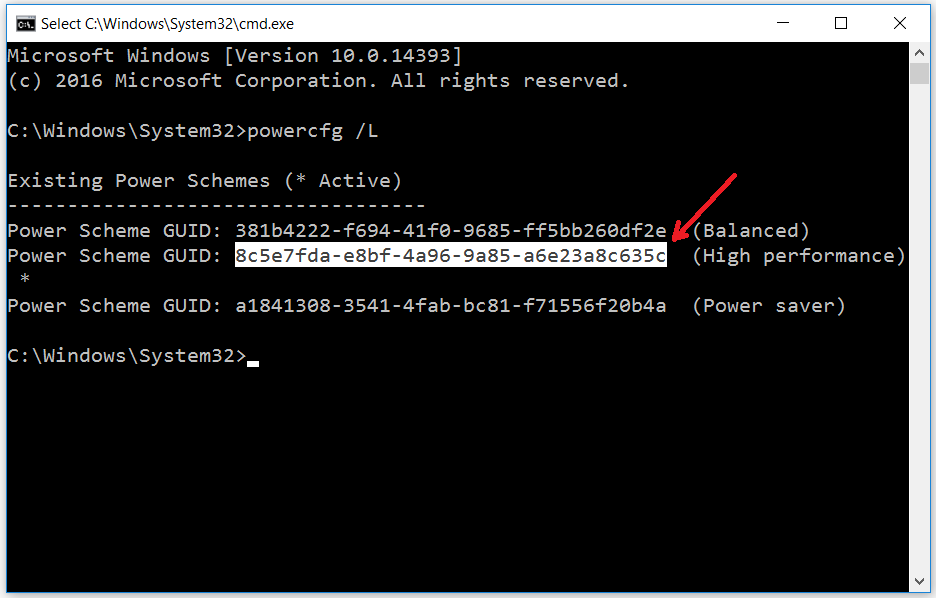 Now enter the following command In the Command Prompt, replacing GUID with the one you've selected.

Your code should look similar to this. The red bit Is the GUID.

Then hit the Enter key on your keyboard. If no error messages are returned as In the Image below, the power settings report will be saved to a text file on your desktop. 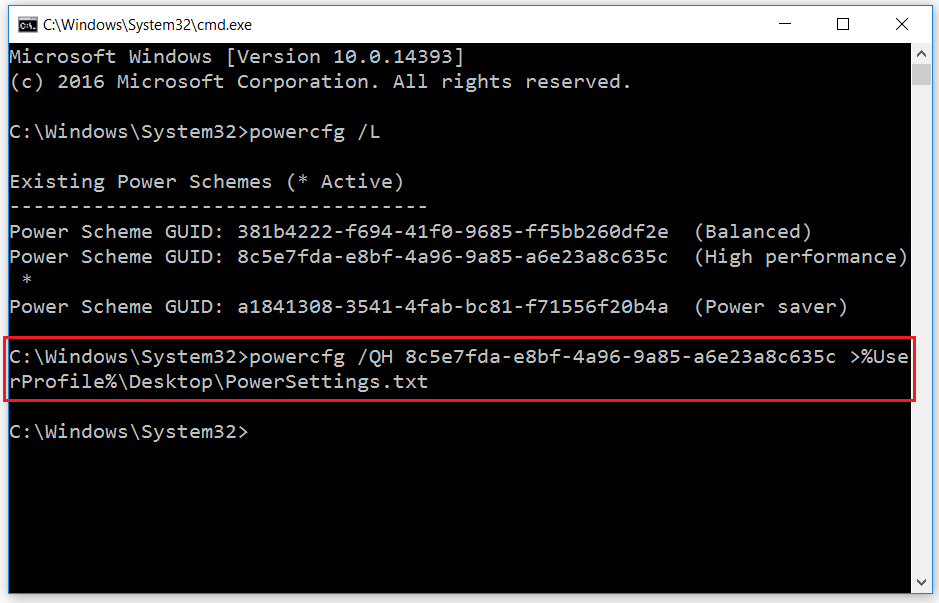 Step Four:
And there's the power settings report saved on my desktop, In the form of a text file. 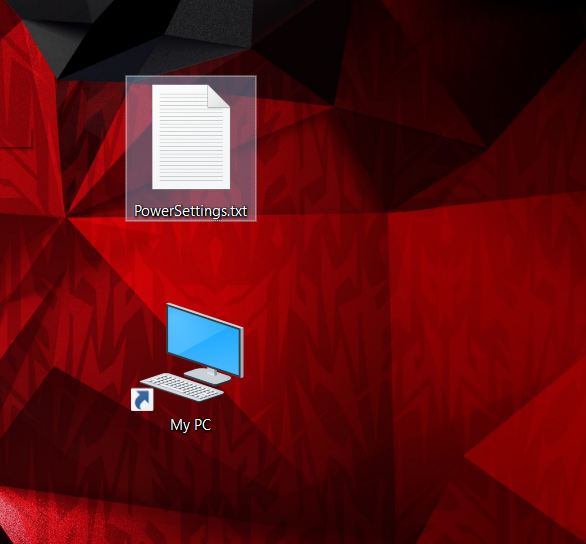 Step Five:
Upon opening the text file, It's very In depth and contains an array of detailed Information relative to each power scheme/setting. Here's a snippet of Its contents. 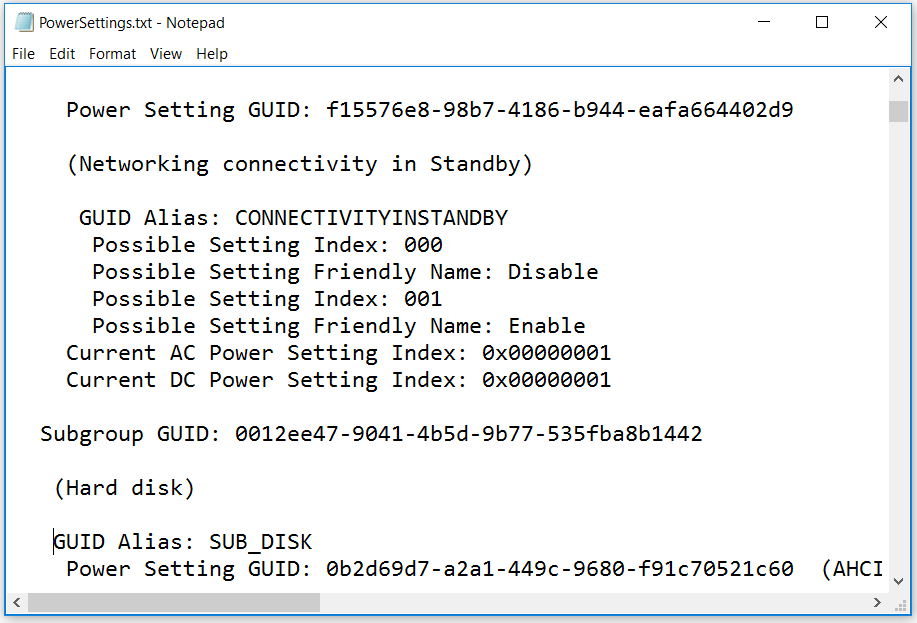 Step Six.
Every power setting, will display Its Current AC Power Setting (plugged Into power) and Current DC Power Setting (running on battery). In the example below, this relates to the turn off hard disk setting. 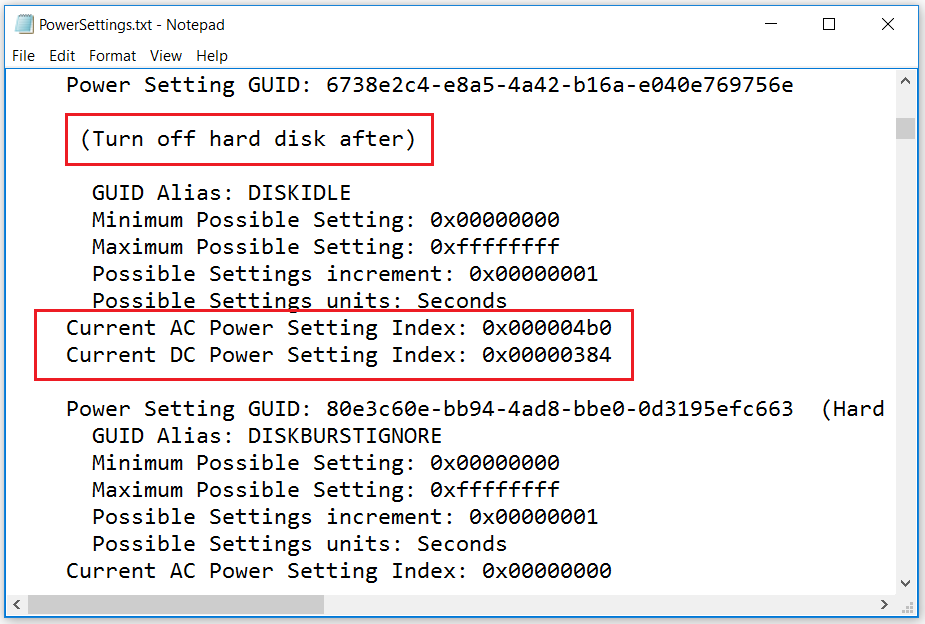 Last Step:
The above power setting figures are In hex (hexadecimal), which makes no sense to us. To see how many seconds the hard disk will turn off, we need to convert hex to decimal. For example, I will now convert the hex figure (above) of 0x000004b0 to a decimal value using an online hex to decimal converter.

As you can see, It returned the decimal value of 1200, which Is the equivalent of 20 minutes. This means that the power settings turns off the hard disk In 20 minutes. 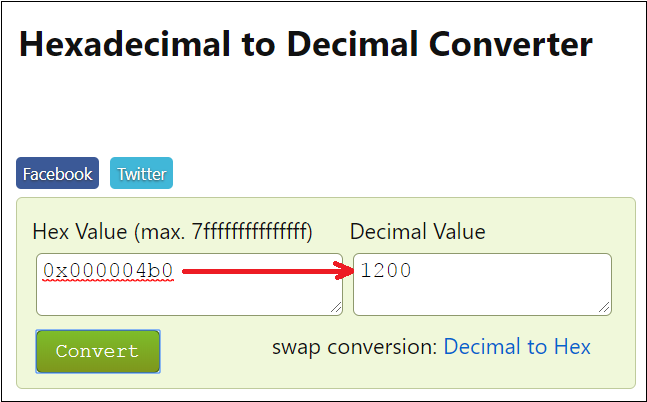 Final Thoughts:
Well, this Is a pretty detailed tutorial and may seem a little overwhelming at first, however do take the time to read each step thoroughly prior to moving onto the next. As a result, you will not encounter any Issues whatsoever.

There's a lot more to the power settings text file, but It's way beyond the scope of this article to document and Illustrate the lot. You've now learned how to save an In depth power settings report to a text file for further reference.