How To Uninstall A Printer Driver In Windows 10 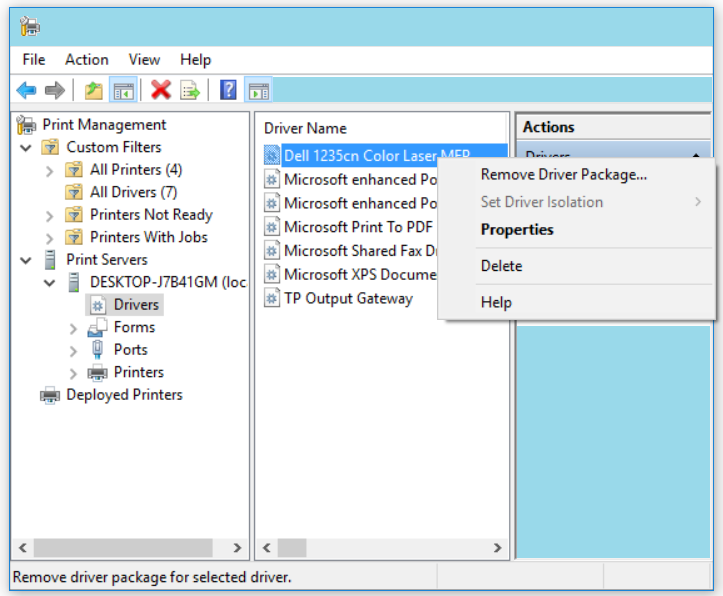 Whether you're working from home or In an office environment at your workplace, you will have the need to remove a printer or two that's connected to your computer or network, such as the account's department printer, facsimile machine and so forth. However, the printer's driver with not be removed with It, hence In this tutorial, I will show you how to uninstall a printer driver with Incredible ease In Windows 10.


So what exactly Is a driver you ask? In simple terms and without the tech jargon, It's a piece of software that's Installed on your computer, which allows the operating system and devices to communicate with each other. In this case, the printer with the OS.

Generally speaking, If you decide to remove a printer from your computer or network, It's respective driver remains on the system, therefore you need to uninstall It manually. As a result, I will demonstrate how to do this, by using the native Windows 10 Print Management utility. The process Is very simple, so without further ado, let's get this tutorial started.

Firstly, open the Run menu, enter printmanagement.msc, and then hit OK as shown below. 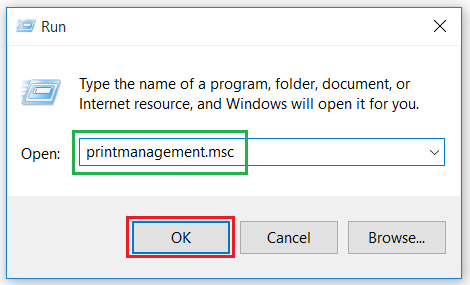 The Print Management utility will now open, so on the left pane, select All Drivers. 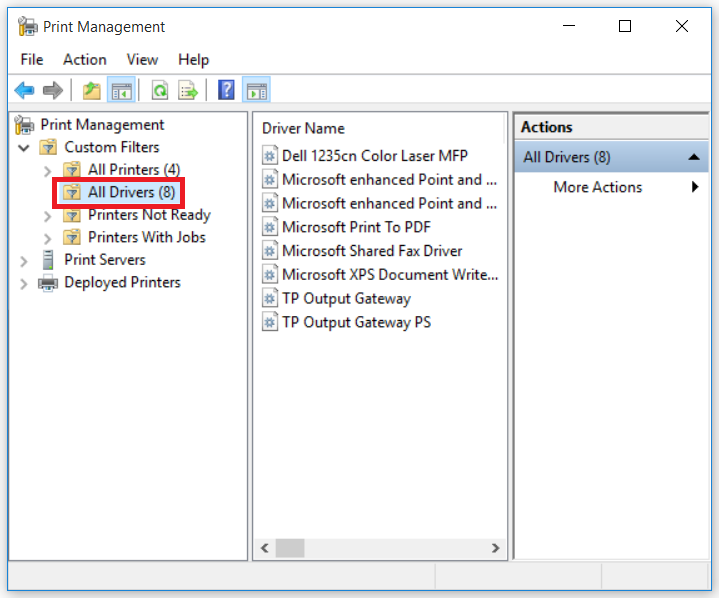 To the right of the window, you will see a list of every printer driver that's Identified by name. For the purpose of this tutorial, I will uninstall the TP Output Gateway driver, by right-clicking It and hitting Remove Driver Package. Obviously, your selection will differ, but the method Is the same. 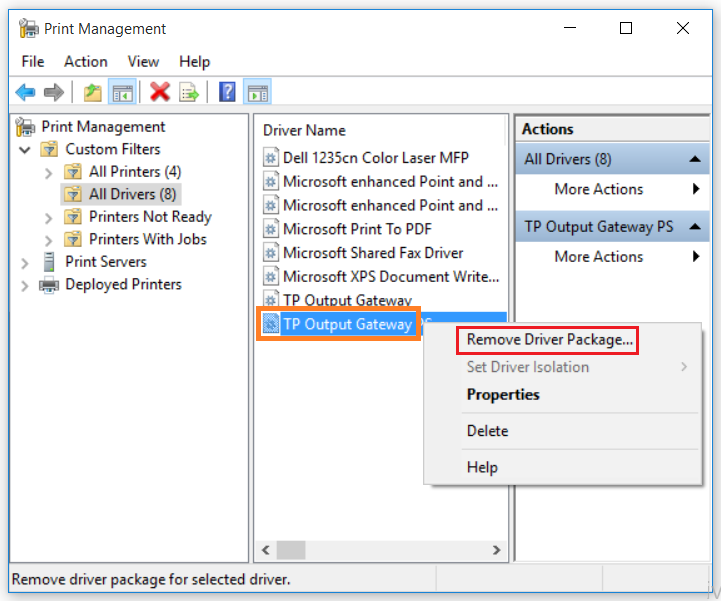 It will now collect the relevant details pertaining to the driver. It's usually very fast- completes In under 10 seconds. Once that's done, simply click the Delete button. 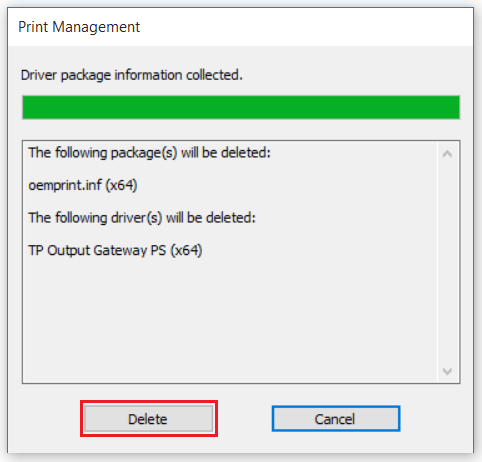 A message will be returned, confirming that the Driver package has been deleted, so hit OK to finalize the process. Essentially, the printer driver has been uninstalled. 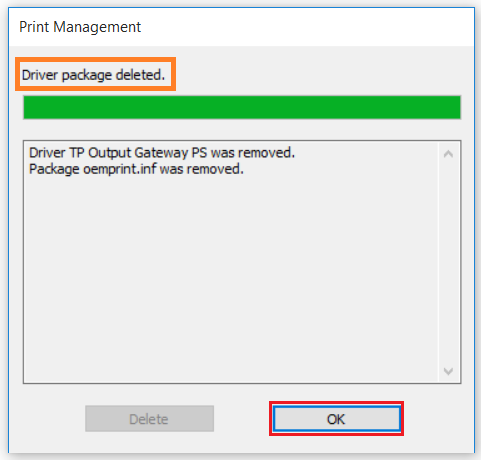 There are quite a number of methods to uninstall printer drivers, both natively within Windows, and via third-party software & tools. That aside, as you've most likely realized, using Printer Manager Is very user-friendly and extremely fast throughout the entire process. So the next time you upgrade your printer, be sure to uninstall Its driver thereafter using Printer Manager.