How To Add Quick Launch Toolbar In Windows 10 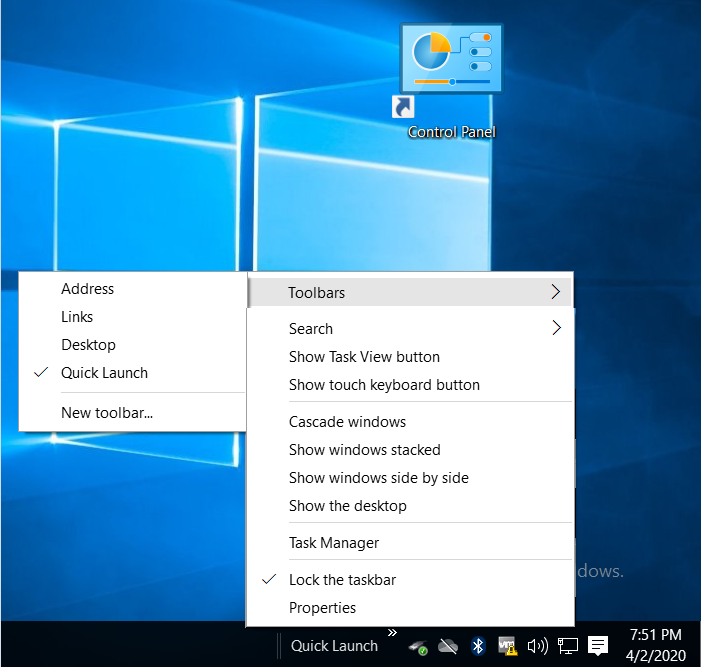 When Windows XP was officially released back In August of 2001, a very handy toolbar named Quick Launch, was located next to the Start button of the Taskbar. This allowed an easy and convenient way to execute programs. In Windows 10 however, It has been removed from the Taskbar, thus not readily available. As such, In this tutorial, I will show you how to add the Quick Launch toolbar In Windows 10.


Before I begin, here's what I'm referring to. When the Quick Launch toolbar Is added to the Taskbar, by default, It will be located to the left of the system tray Icons as shown below. 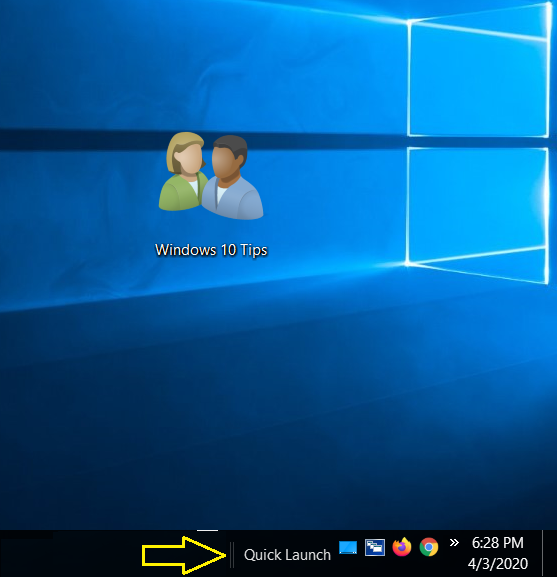 You can then add shortcuts of your favorite programs and applications, thereby they'll be at your disposal at all times. You can see In my example above, that I've already added both the Google Chrome and Firefox web browsers.

So how do you get the Quick Launch toolbar back In Windows 10? Well, I'm glad you've asked! It's actually located In a hidden directory, so It's just a matter of applying It to the Taskbar. I will demonstrate how to do It, with Incredible ease. So without further ado, let's get this tutorial started.

Firstly, right-click on a blank area anywhere on the Taskbar, and select Toolbars > New toolbar as shown below. 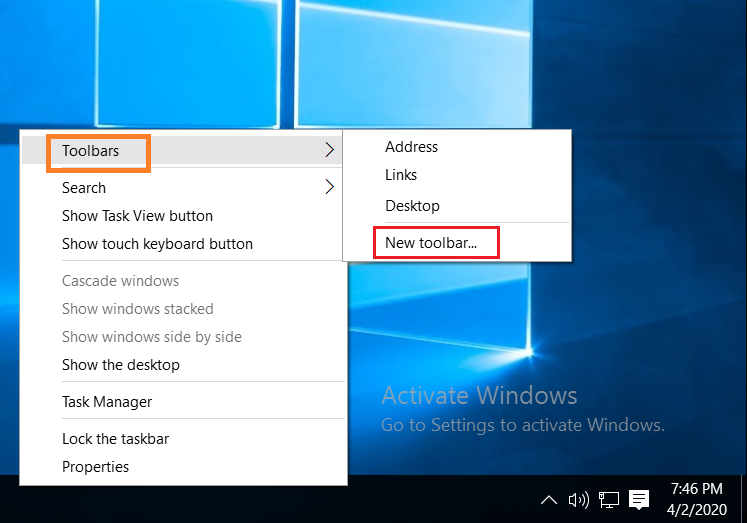 Next, In the Folder field, enter the following command.

Then hit Select Folder to finalize the process. The Quick Launch toolbar, will now be added to the Taskbar. We'll check It out In the next step. 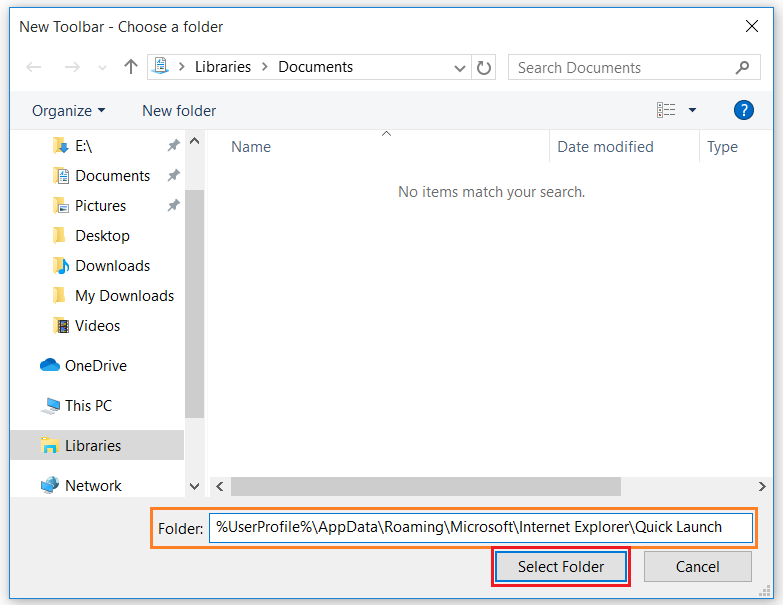 As you can see, Quick Launch Is neatly placed next to the Icons In the system tray. Upon right-clicking It and selecting Toolbars, It's also listed In the context menu. 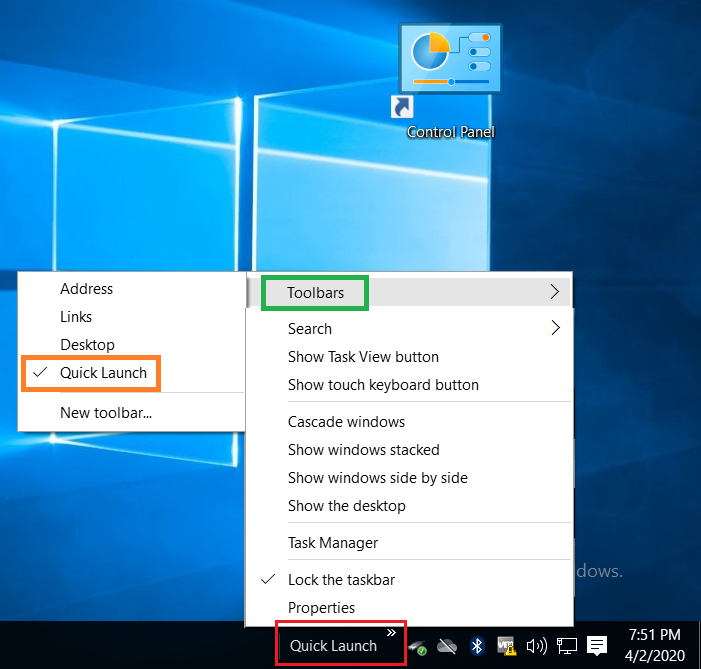 To add your favorite shortcuts, files or folders, simply drag them over the Quick Launch tool bar until you see Move to Quick Launch, as shown In the Image below. 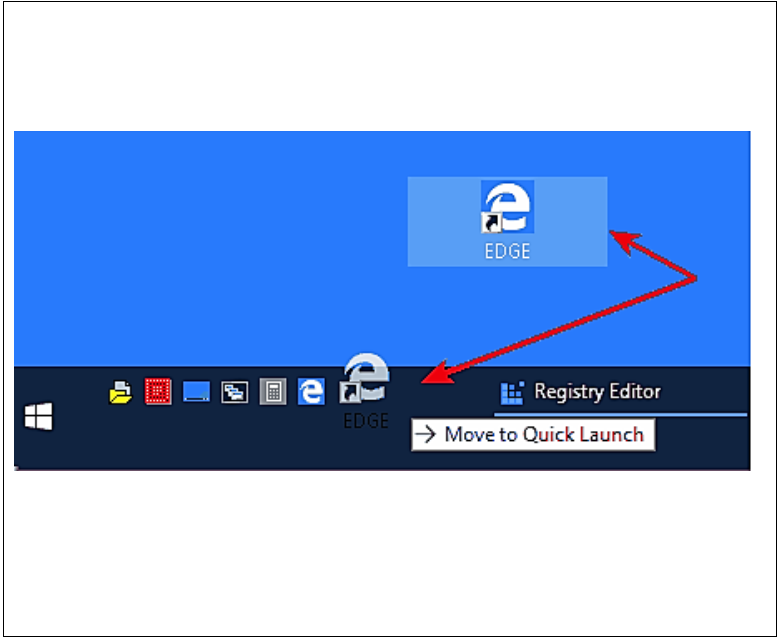 For the purpose of this tutorial, I've added the shortcut of my favorite web browser, namely Firefox. To view the Items In the Quick Launch toolbar, hit the arrows to the right of It. You can now launch your files with a click of the mouse. Excuse the watermark In the Image, I was too tired to activate my OS! 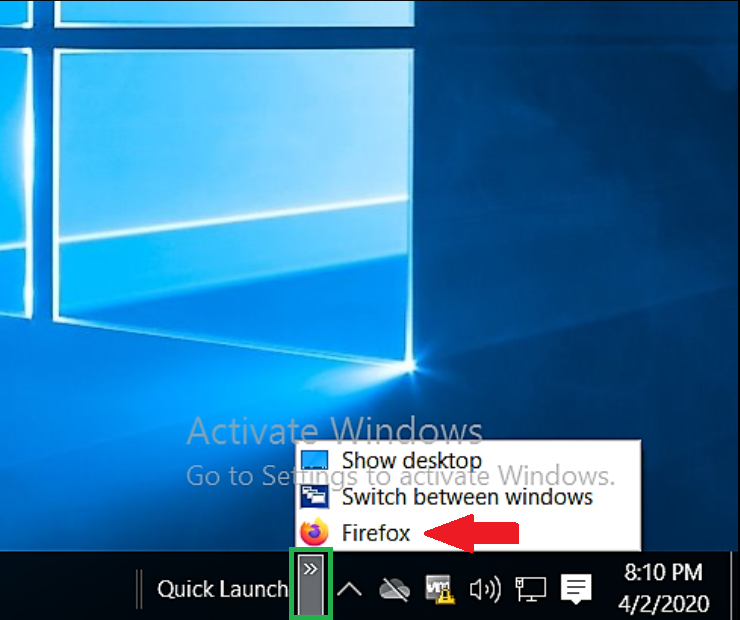 The good thing about the Quick Launch toolbar, as opposed to creating shortcuts on your computer's desktop, Is that you can access It no matter where you're located within the Windows environment. If you're anything like myself, whereby accessibility of commonly used programs Is extremely Important, then this tutorial will certainly serve you well.