Use 'File History' To Backup Files And Folders 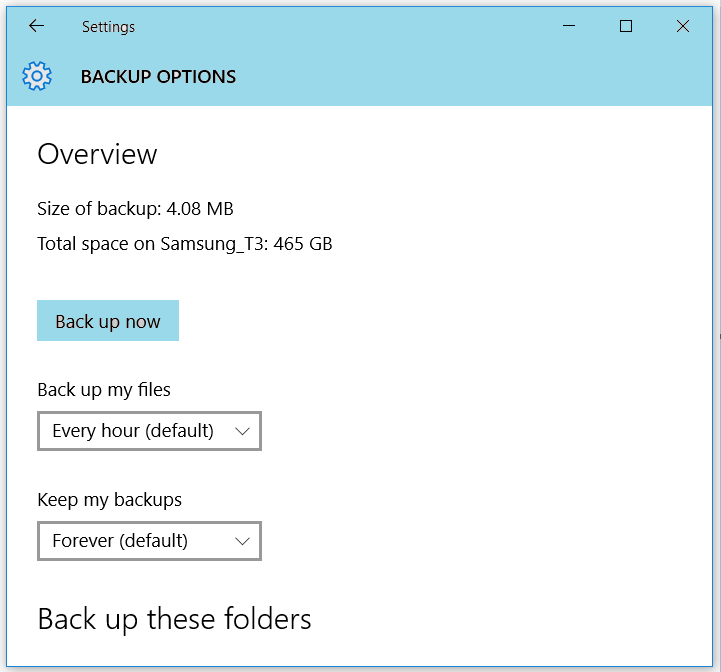 You never know If your computer will all of a sudden lose functionality, to the point of having to perform a clean Installation of Windows 10. As such, all data that's stored on the hard disk, will be wiped clean, hence can be a difficult process to recover the lot In Its entirety. It's of the utmost Importance to perform backups on a regular basis, thus In this tutorial, I will show you how to use 'File History' to backup files and folders.


Before I make a start, do note that this Is not a full (System Image) backup of your PC, but rather backs up files located on your Desktop, Favorites, Libraries and Contacts folders. Given these directories are defaulted to Windows and commonly used by the majority of computational users, It makes perfect sense to safeguard their contents.

To achieve this, I will Introduce you to a native Windows utility named File History. Put simply, once It's turned on and an external device Is plugged In (such as a USB HDD or SSD), It will backup every file In the aforementioned directories, by default on an hourly basis.

The process does take a number of steps, but nonetheless, Is extremely simple so without further delay, let's rip Into this tutorial.

Firstly, open the Windows 10 Settings app, and then click on Update & security as shown below. 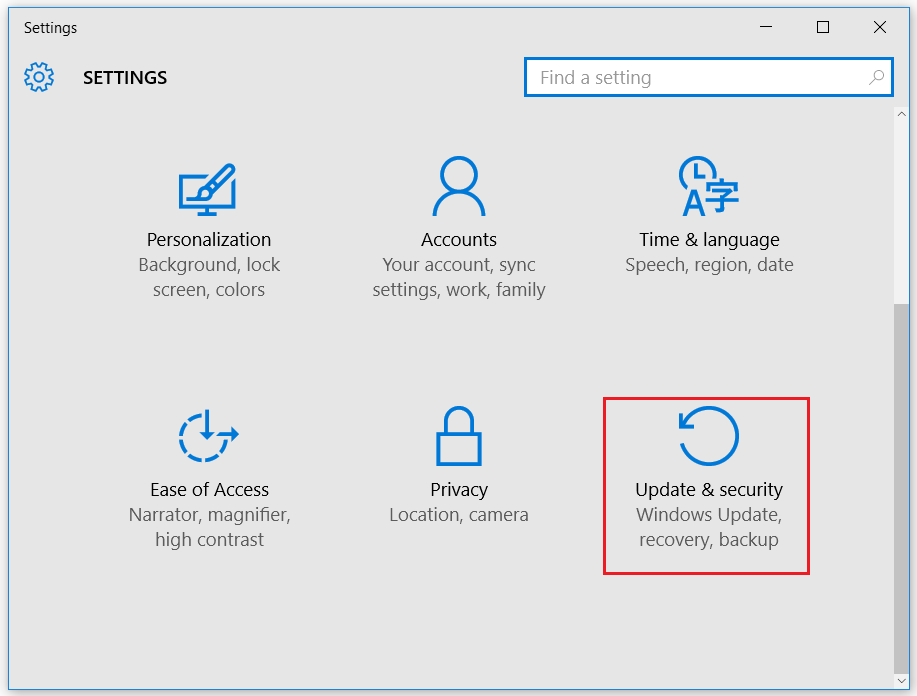 Next, to the left of the window, click on Backup and to the right of that, select More options. 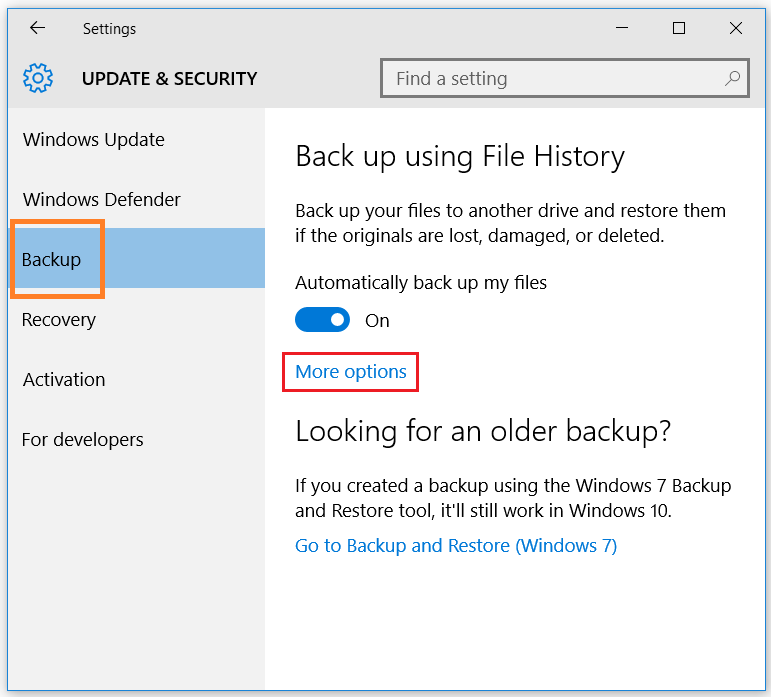 As stated earlier, the default setting to backup your files, Is every hour. You can however, select from a number of options, by clicking the Every hour (default) drop-down menu. We'll check It out In the next step. 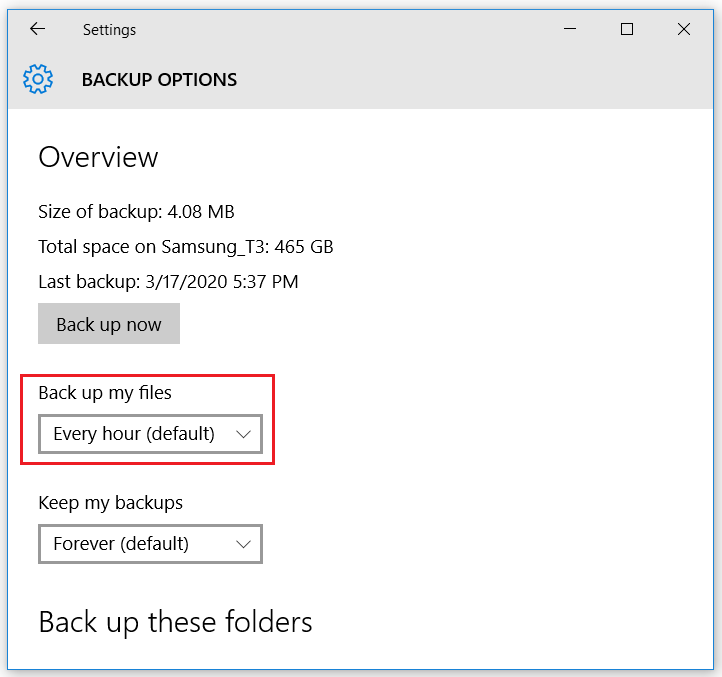 You can now choose how often File History will perform the backup. There's no right or wrong, but rather based on your overall computing activity. For the purpose of this tutorial, I've left It at Its default state. 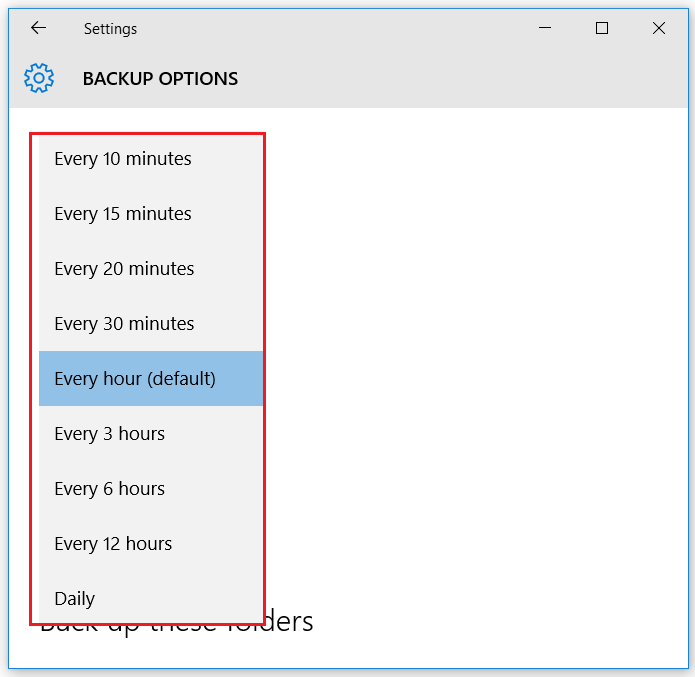 On the grounds that File History Is already enabled and you have an external hard disk connected to your computer, hit Back up now. 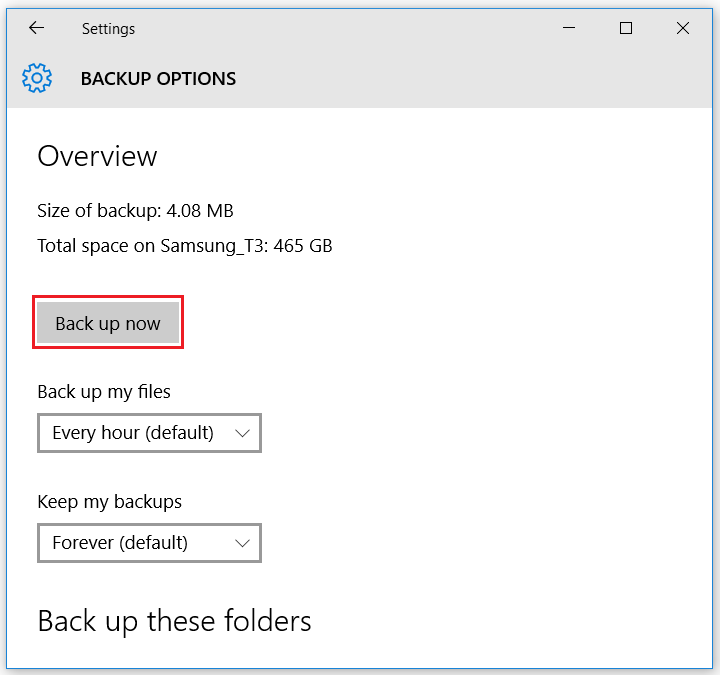 As you can see, my files have been backed up to my Samsung external SSD, confirmed by the timestamp just beneath It. The process Is very fast- It only takes a few seconds or so. Let's checkout the backup In the next step. 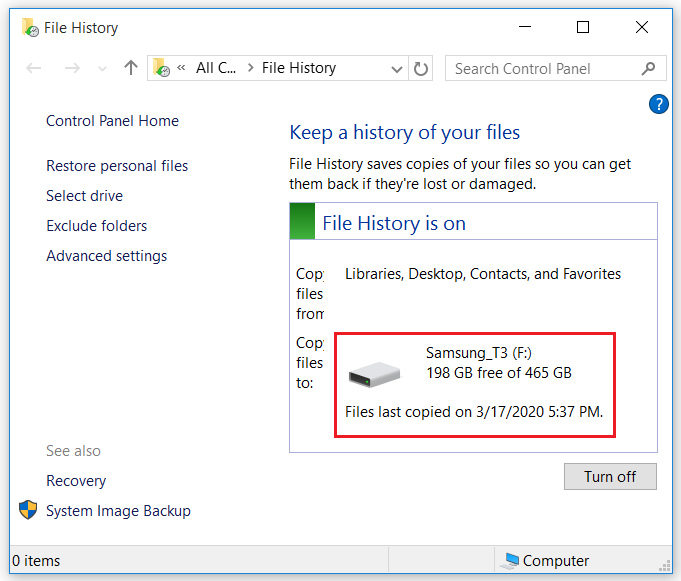 There's a couple of folders, namely Configuration and Data, that were automatically created by File History during the backup process. These folders, contain every file In the directories mentioned at the beginning of this article. 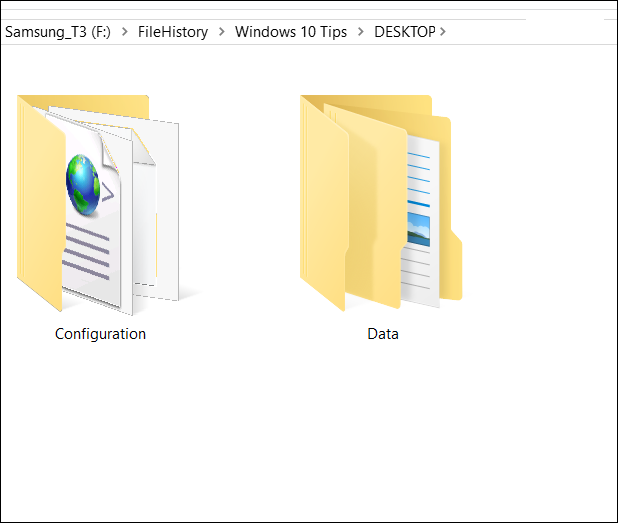 Upon viewing this tutorial, It may seem like a somewhat arduous and lengthy process, but you'll be very surprised just how easy It Is to use File History. Do remember, that It does not backup your entire data- only files stored In your Desktop, Favorites, Libraries and Contacts folders.

Be sure to keep File History enabled at all times, along with an external HDD or SSD plugged In. As such, your files with be automatically backed up every ex-amount of time as chosen In Step Four above.