How To Restore The Default Windows Libraries 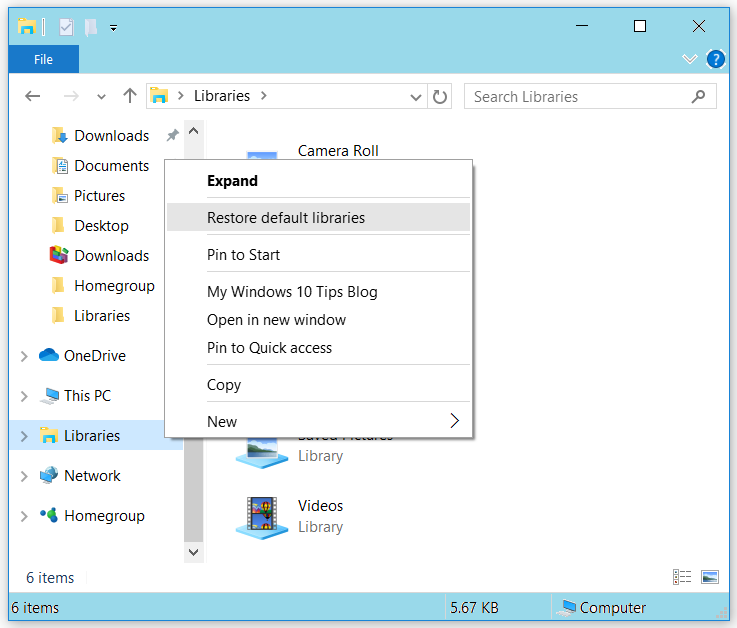 One of the most underestimated features on the Windows platform, Is the default Windows Libraries, that allows you to organize your files and folders In one central location, Irrespective of where they're located on your network or computer. As such, you can find what you're after with Incredible ease. If you've accidentally deleted a given Library, Inclusive from the Recycle Bin, In this tutorial, I will show you how to restore any default Windows library.


So what exactly are Windows Libraries? I'm glad you've asked! Put simply and without the tech jargon, It's a collection of shortcuts that contain the locations of the original files and/or folders.

For Instance, you may have a bunch of files stored somewhere on your network. To allow ease of access, you can add all of them to a given Library shortcut. As a result, you'll be able to grab the lot via the Library Itself, rather than look for the files on your network. In other words, once you add files to the Library, you have Instant access to those files- regardless where they're stored on your network or computer.

Here's a visual of what to expect, when accessing the Libraries feature via File Explorer. You will see six default Libraries (In Windows 10) named Camera Roll, Documents, Music, Pictures, Saved Pictures and Videos, 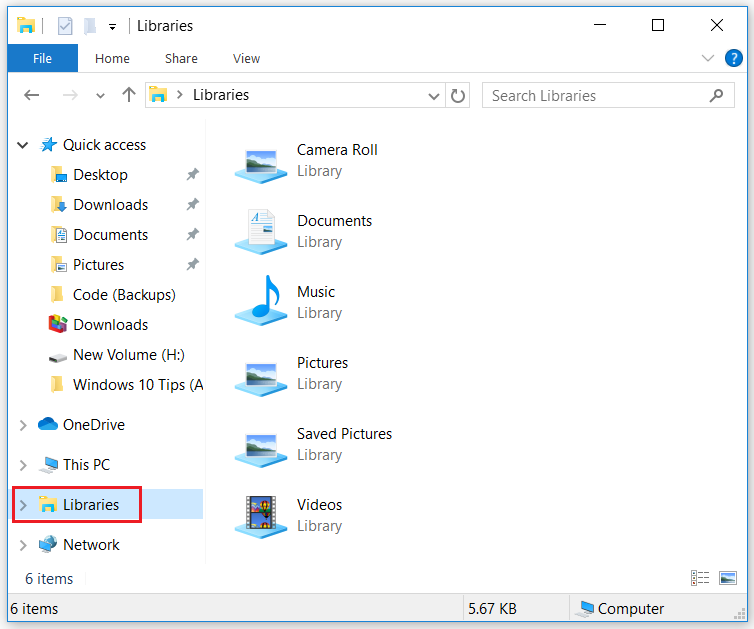 As with any file or folder, each and every Library can be deleted and If you (or anyone sharing your computer) has done exactly that and also purged the Recycle Bin, how do you restore a given Library or two? Well, the process Is extremely simple, yet easily overlooked. So without further delay, let's get this tutorial started.

The Libraries feature Is not visible In Windows 10 by default, so to enable It, right-click on a blank area on the right pane, and then select Show libraries as demonstrated below. 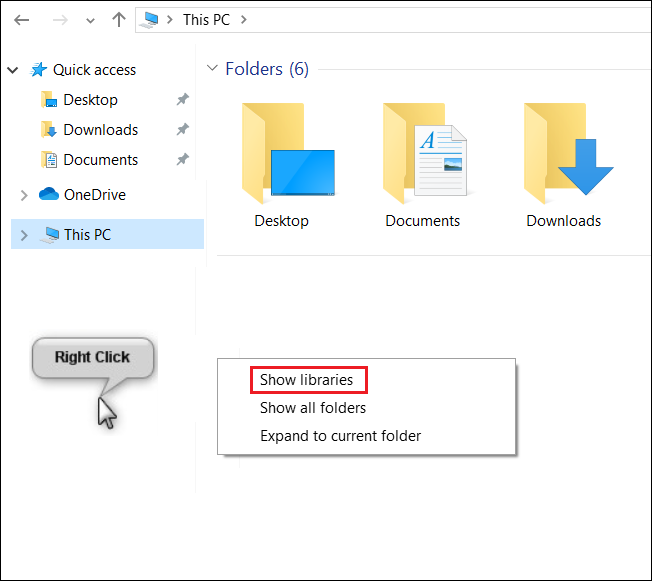 You can now access all the default Library shortcuts. I'll purposely delete the Camera Roll Library, by selecting Libraries, right-clicking Camera Roll and then hitting Delete. 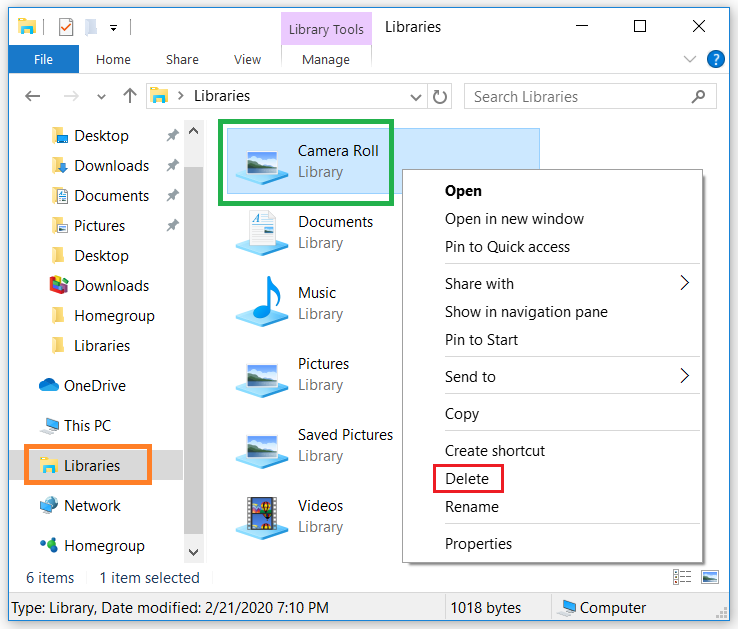 As you can see, the Camera Roll Library Is now missing. Assuming my Recycle Bin has been emptied, there's no chance to restore It from there. We'll see how to get It back In the next step. 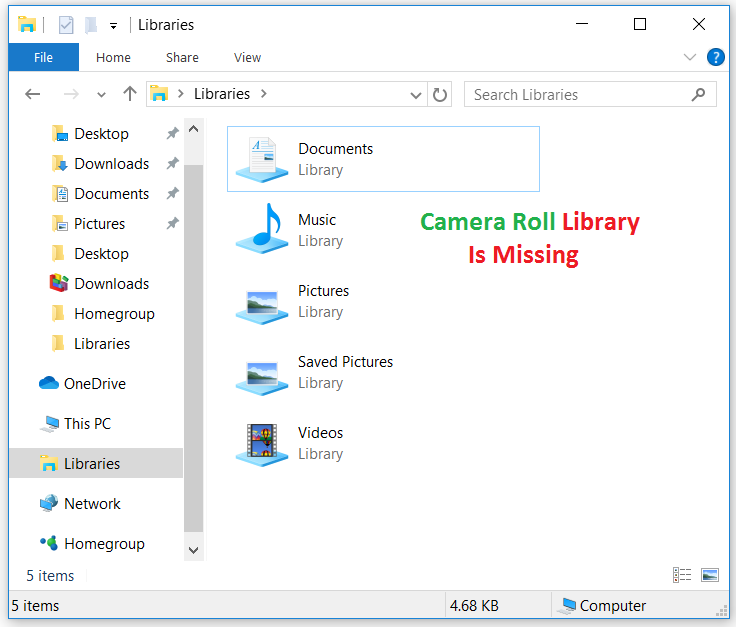 And now for the most simplest part of this tutorial, namely getting back the default Windows Library shortcuts, In my case, Camera Roll. On the left pane, right-click Libraries and then hit Restore default libraries. 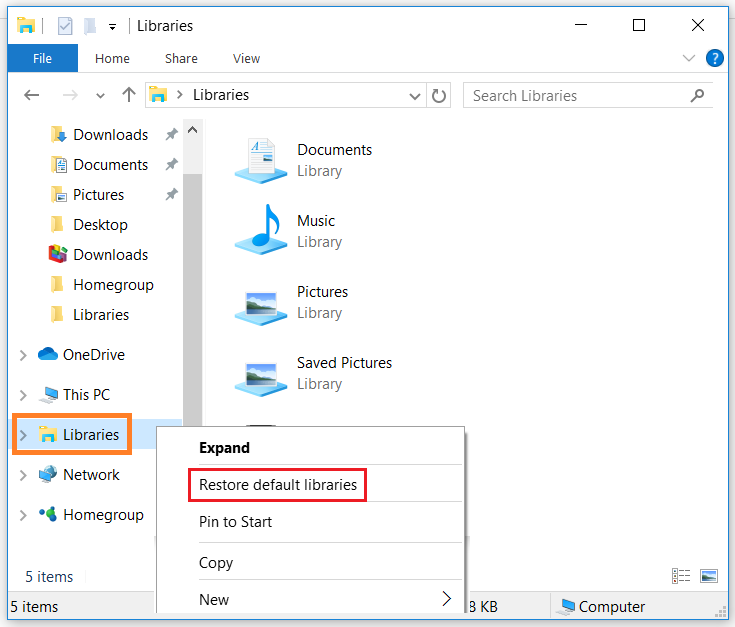 As expected, my Camera Roll Library has been successfully restored. Of course, the same will apply with any Library that has been deleted. 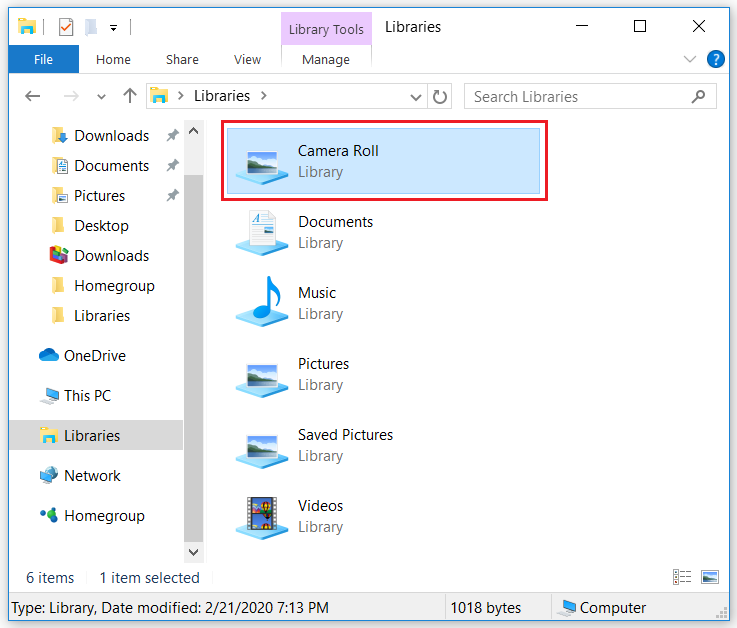 Without question, restoring the Windows default Libraries Is Incredibly simple, however I'm quite amazed as to the number of users (on all levels) who're not aware that the option exists. If you'd like to access the Windows Libraries via your computer's desktop, checkout my tutorial here on how to apply It.