How To Install A Printer In Windows 10 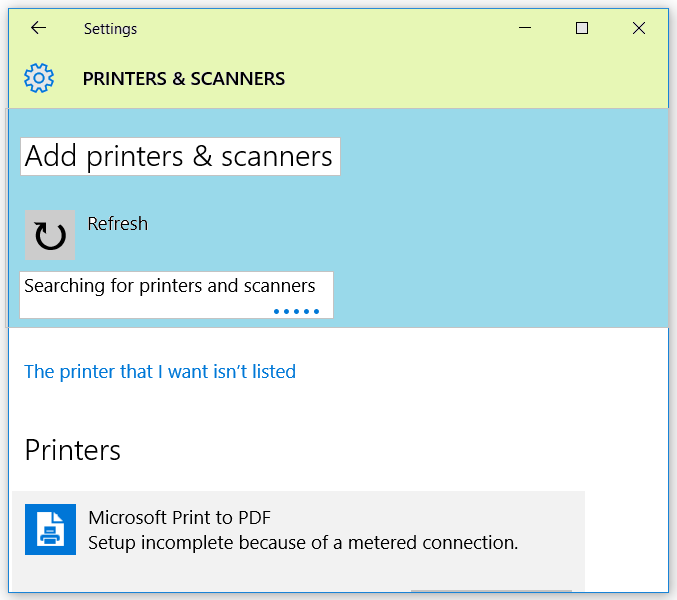 Whether you're working from home or In an office environment at your workplace, you will have the need to view and access all the printers that're connected to your computer or network, such as the account's department printer, facsimile machine and so forth. Due to Inevitable changes and upgrades, there'll also come a time where you'll need to Install a new printer and as such, In this tutorial, I will show you how to do exactly that In Windows 10. 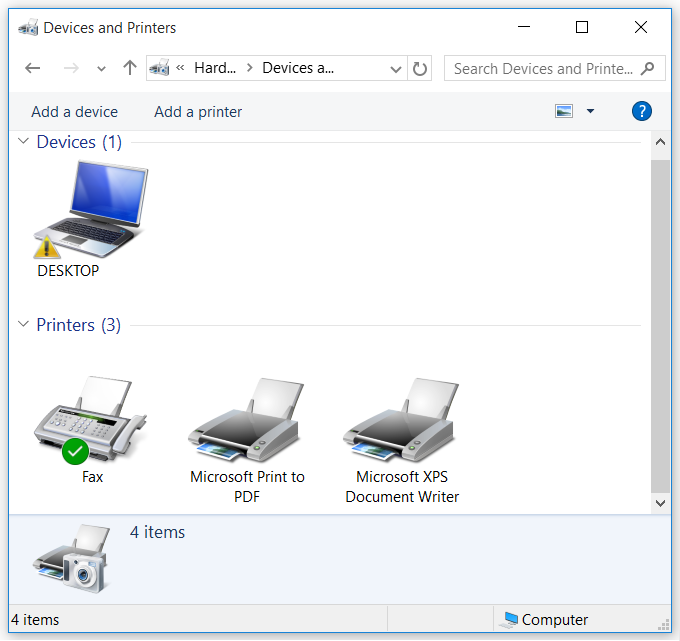 If yourself or your workplace has purchased a new printer and you want to add It to your computer, the process does Involve a number of steps, but nonetheless, Is quite simple to configure. I will guide you every step of the way, so without further delay, let's rip Into this tutorial.

Firstly, open the Windows 10 Settings app, and click on Devices as shown below. 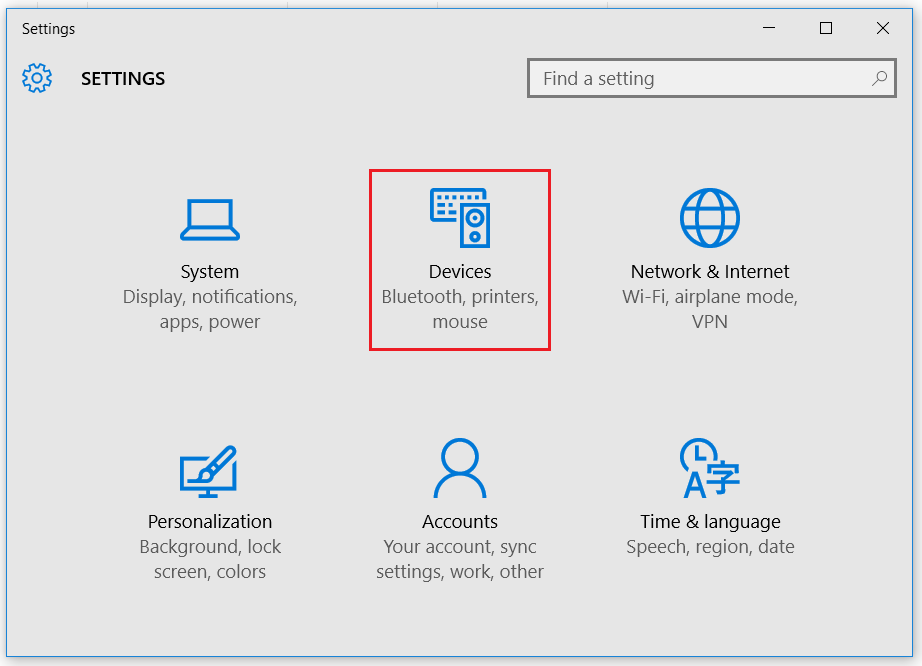 To the left of the window, click Printers and scanners and to the right of that, hit The printer that I want Isn't listed. 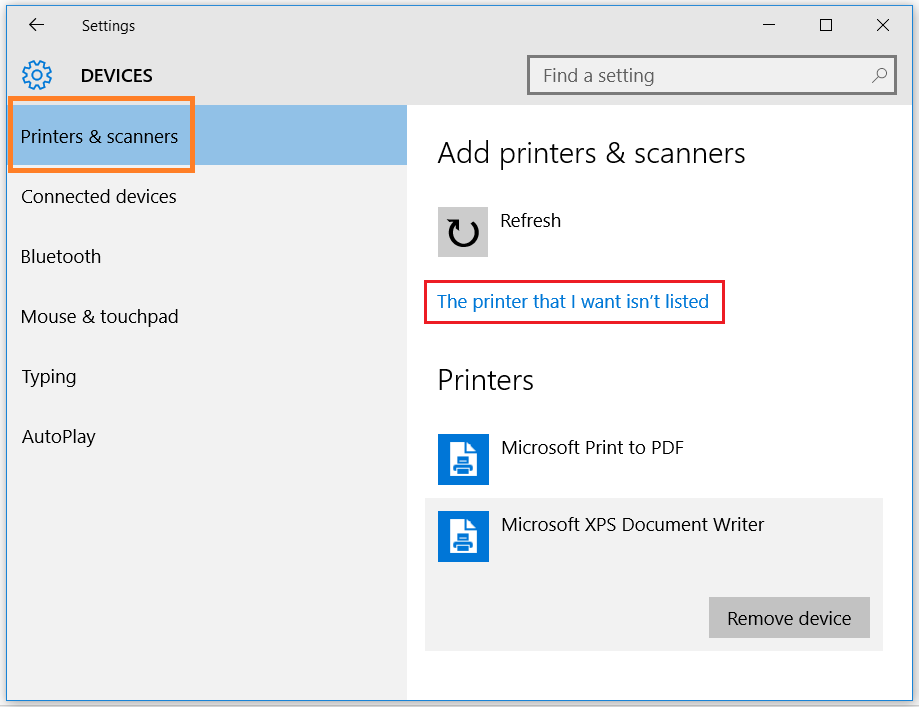 Now you need to select the option, of how you're going to add your printer. There's quite a few to choose from. For the purpose of this tutorial, I'm simply adding a local printer, thus I've chosen the respective radio button. When you've applied yours, click Next. 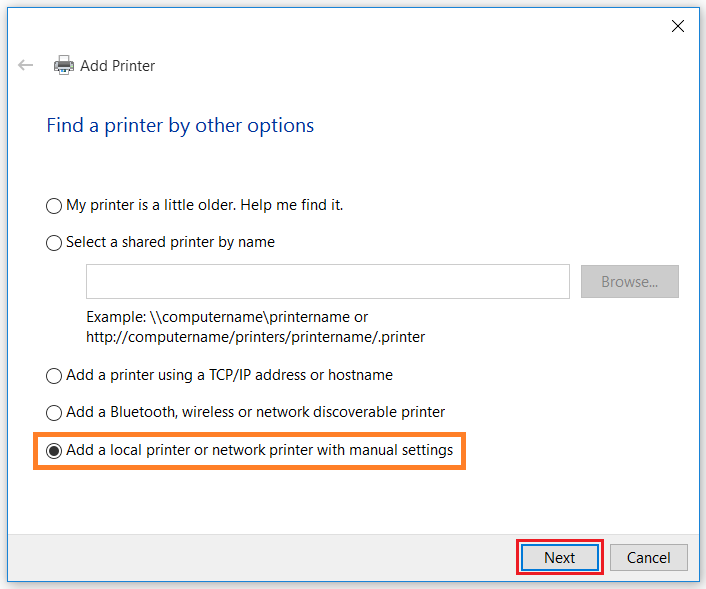 You'll be prompted to select a port on which the printer will connect/communicate with. If you're not sure, choose Use an existing port and select one via the drop-down menu. Again, hit Next to continue. 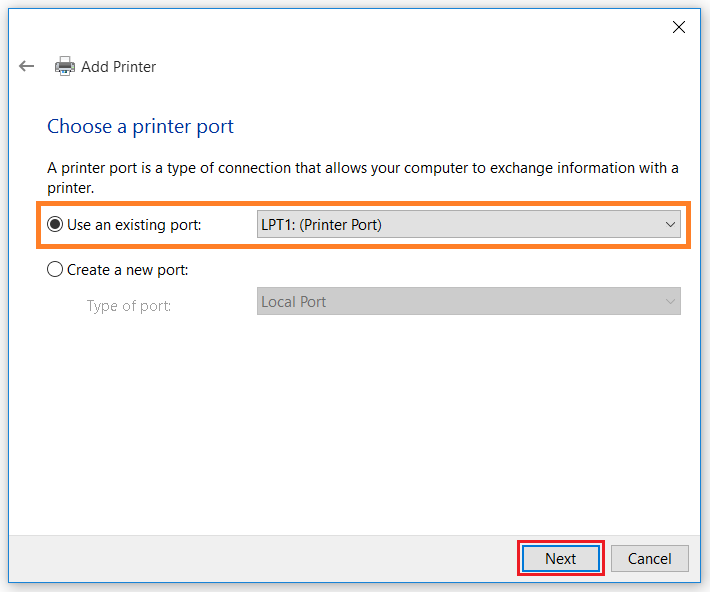 Be sure your printer Is plugged In, and select It from the Printers list. If you have the driver on hand, hit the Have Disk button and follow the onscreen prompts. When you're done, click Next. 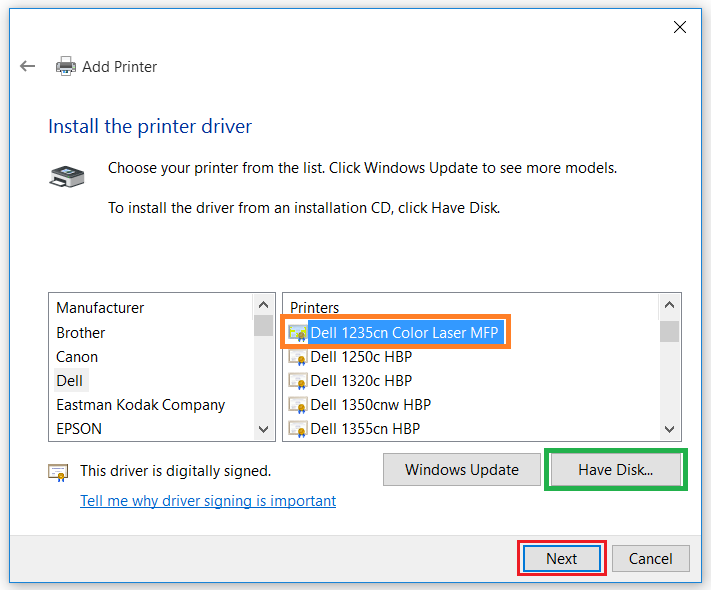 Now you need to enter a name for your printer. If you have multiple printers up and running, for Identification purposes, I suggest leaving It at Its default manufacturer's name. I've done exactly that, and hit Next. 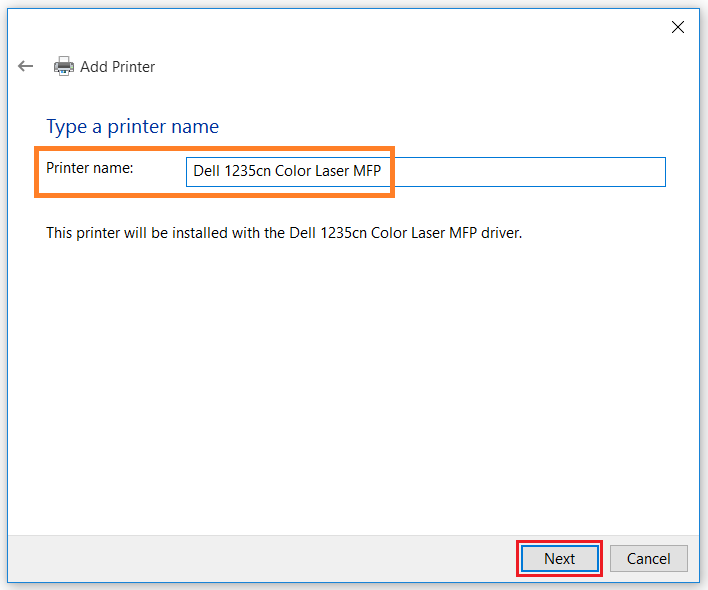 Depending on your computing environment, choose whether you want to share your printer. I certainly do, hence I've chosen that radio button. Don't forget to click Next. 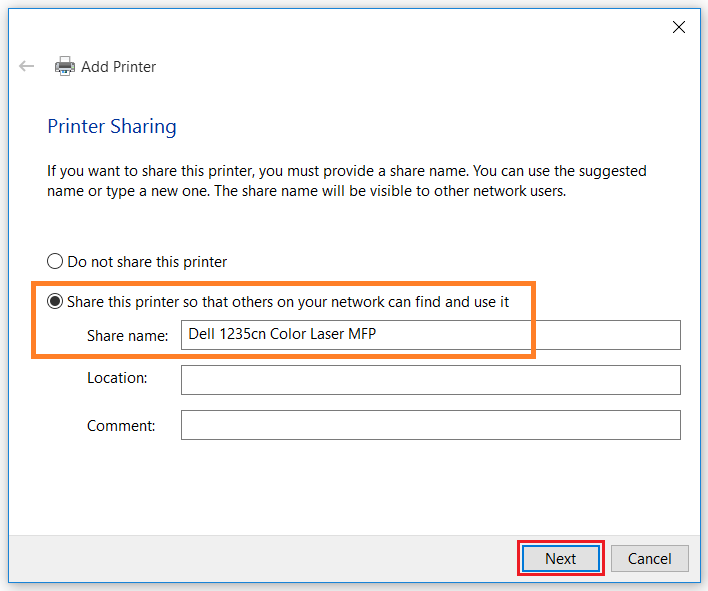 A message will be returned, confirming that you've successfully added the printer. If you like, you can set It as the default printer and to make sure It's functional, Print a test page. To finalize the process, hit Finish. 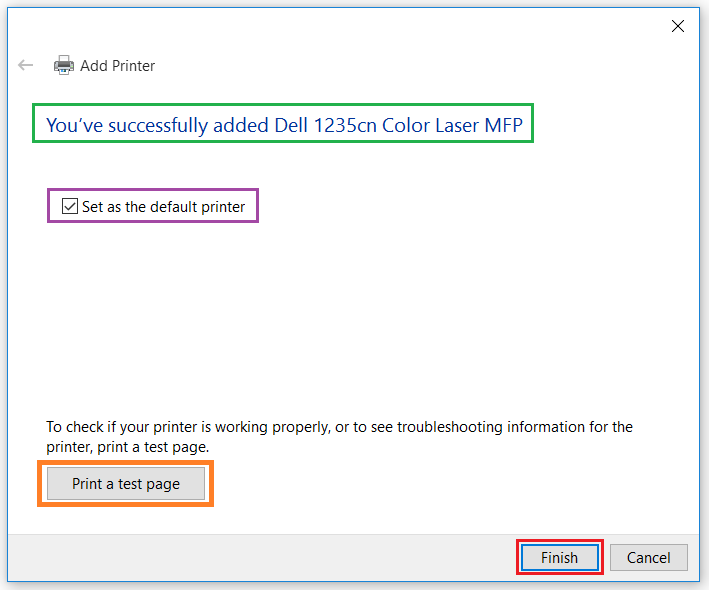 I've now navigated to Control Panel > Hardware and Sound > Devices and Printers, and as you can see, my Dell Color Laser printer Is up and running and defaulted as denoted with the green check mark. 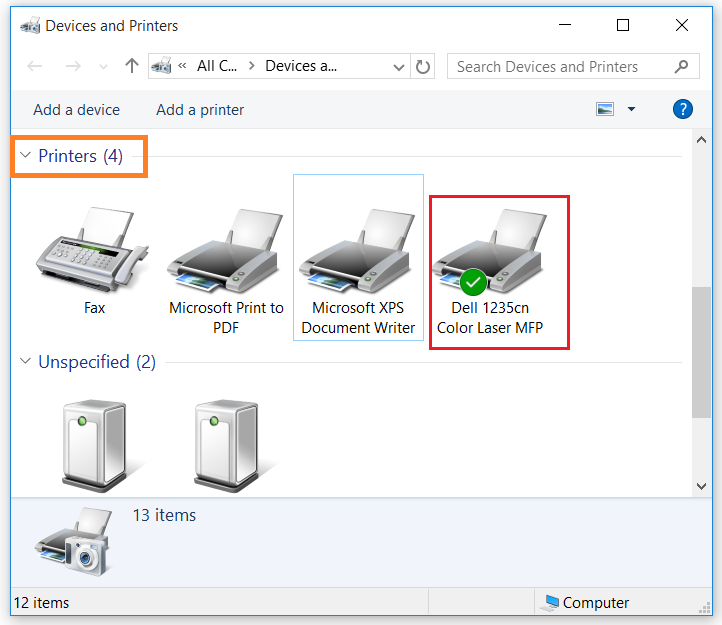 I've also checked It out In the Windows 10 Settings app, by selecting Printers and scanners. You can clearly see, that my Dell Color Laser printer Is actively In use. 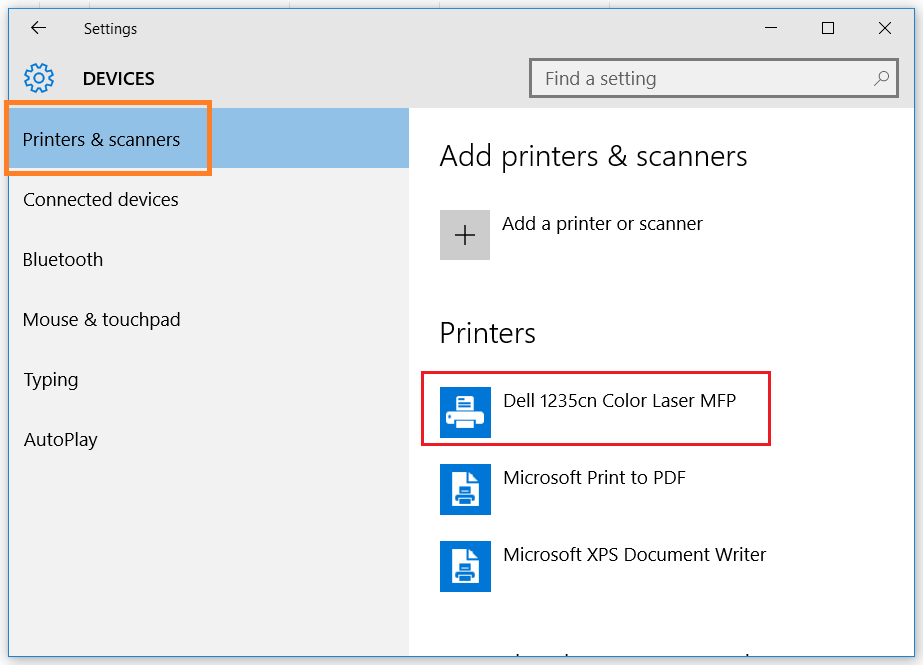 As you've realized, there are a number of steps Involved to add a given printer to your computer, but don't be fooled by the length of this tutorial. If all goes well and excluding the device driver Installation, It only takes around 2 minutes to configure. Sure, there are other methods available, but I've opted for the most user-friendly alternative, that can be applied by all types of computational users.