How To Create A Slide To Shutdown Shortcut 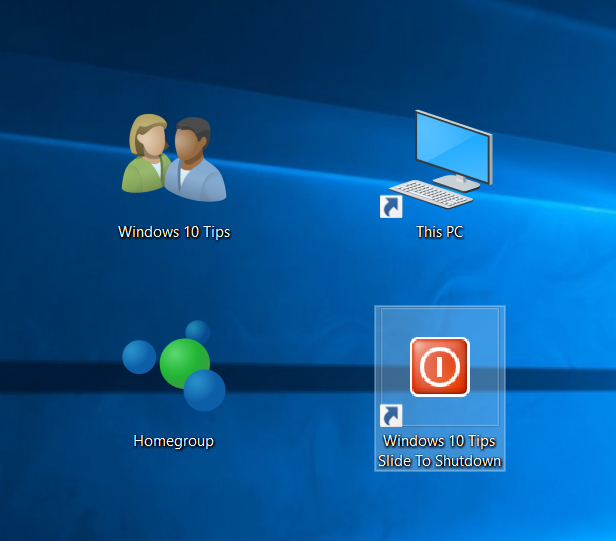 Typically found on Windows 10 mobile devices and also tablets, Is a cool feature named Slide to shutdown, whereby (as Its name Implies) allows you to power down the unit by swiping the screen In a downward motion. Wouldn't It be nice, If you had this on your Windows 10 computer? Well, In this tutorial, I will show you how to create a Slide to shut down shortcut on your desktop.


Before I make a start, here's what I'm referring to. Assuming you have a Windows 10 phone, when you long-press the power button, the Slide to shut down screen will appear similar to the Image below. 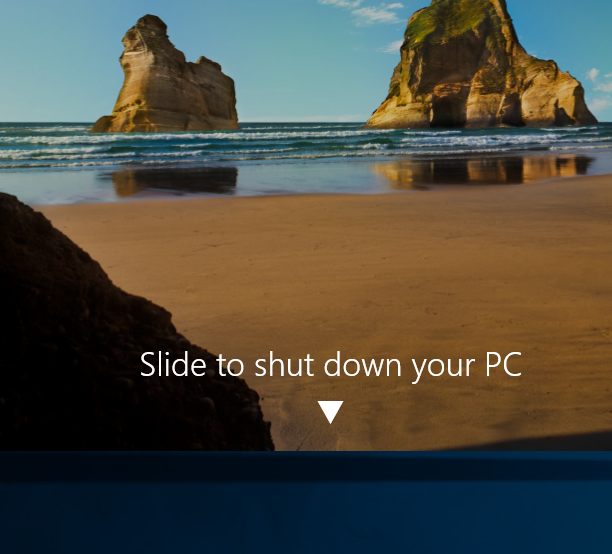 You'd then simply slide the screen down, and It will power off the device. Though on a Windows 10 PC, there's no native option to enable this, thus I will demonstrate how to create a Slide to shut down shortcut on your desktop.

Essentially, you simply double-click the shortcut and when the screen appears, drag It In a downward motion with the mouse, and your computer will boot down. The process Is extremely simple, so without further delay, let's get this tutorial started.

Firstly, navigate to your computer's desktop, right-click on a blank area and select New > Shortcut as shown below. 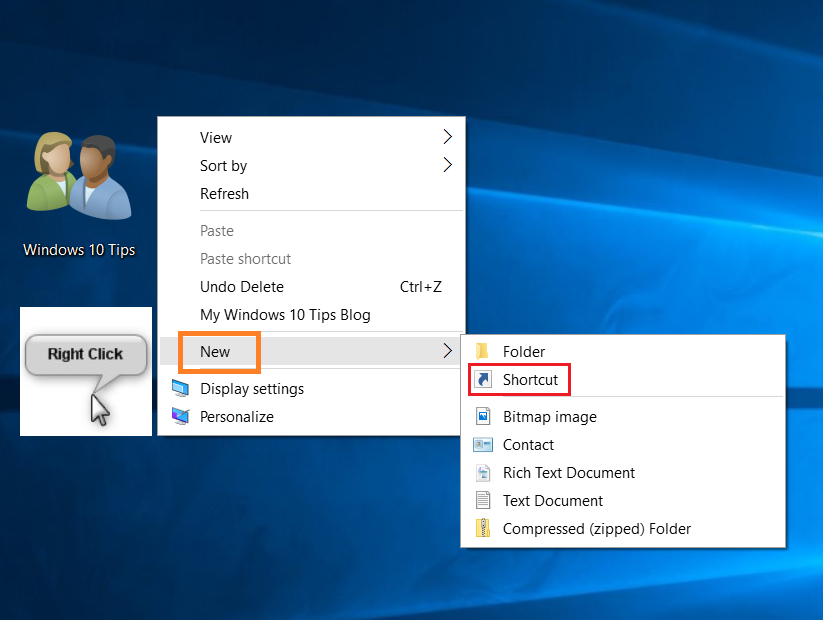 Next, In the Type the location of the Item field, enter the following command.

Then hit Next to move forward. 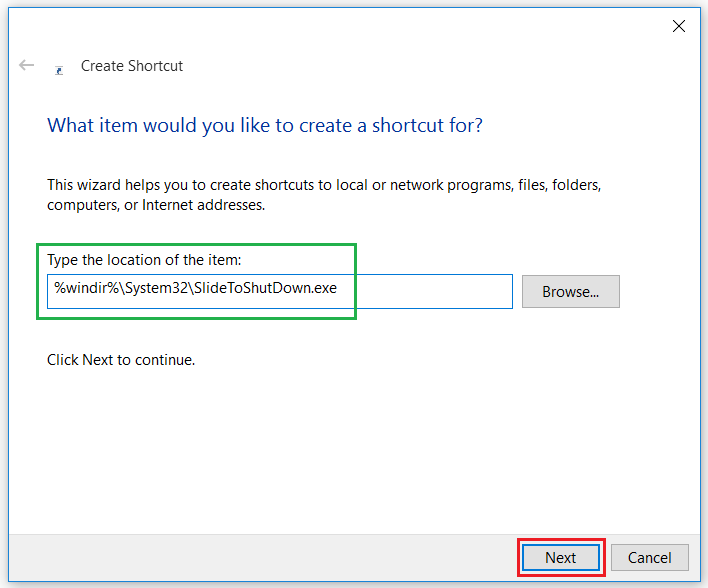 Now you need to give your shortcut a name. It can be anything you like. For the purpose of this tutorial, I've named mine Windows 10 Tips Slide To Shutdown. When you've applied yours, click Finish to finalize the process. 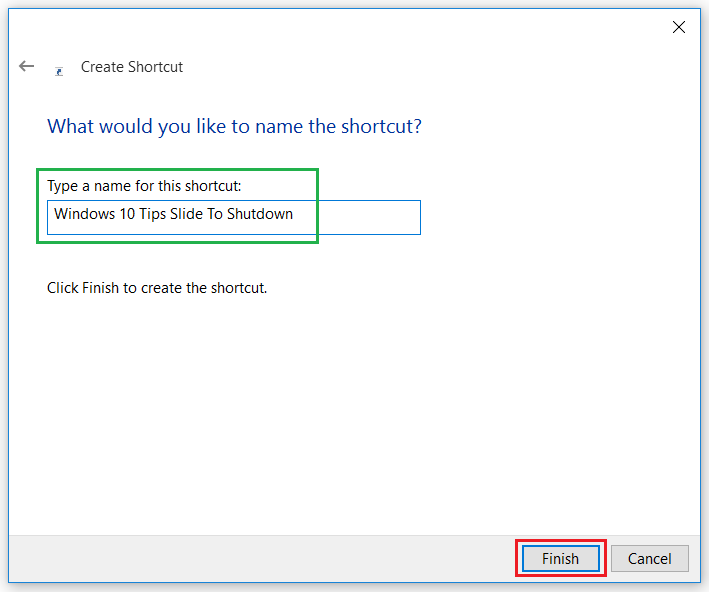 I've now navigated to my computer's desktop, and as you can see, the Slide to shutdown shortcut has been successfully created. Let's put It to the test, by double-clicking It. 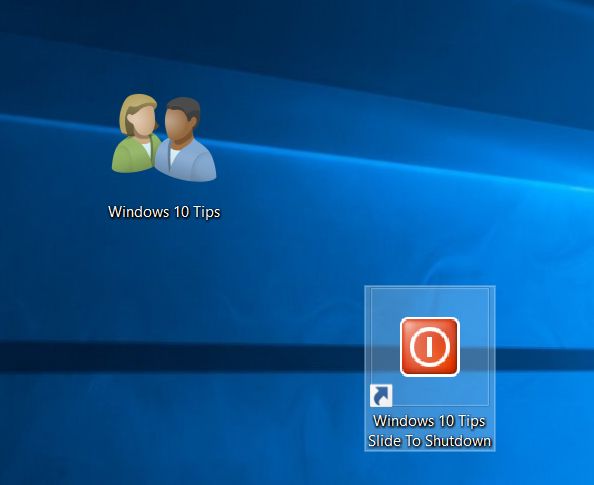 As expected, the Slide to shut down your PC screen has automatically launched. To boot down my computer, I'd simply drag the screen down with my mouse. 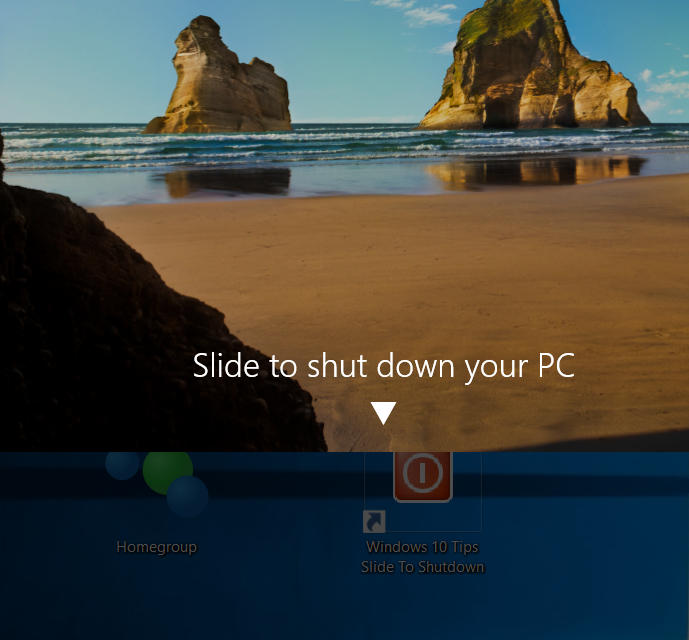 Although there are a number of methods to boot down your Windows 10 computer, If you're anything like myself and enjoy customizing your OS with non-native configurations, then this tutorial Is for you. Also, the shortcut Is not dedicated to the machine on which It's created on, hence simply copy & paste It to another compatible PC and use It thereafter.