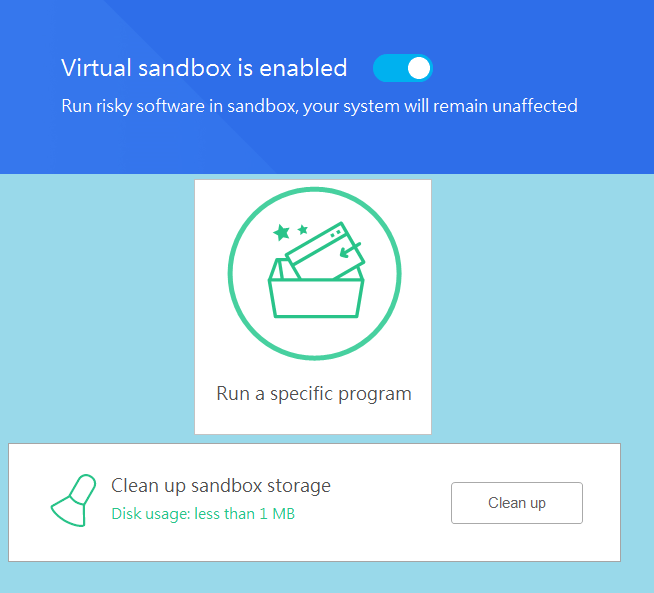 When navigating online and downloading software from sources other than the official website, unless It's a reputable site, you never know for sure whether the file Is In fact clean and malicious-free. It doesn't take much effort to Infect your computer and compromise your sensitive files, thus precautionary measures must be taken when executing applications. In this tutorial, I will show you how to safely Sandbox programs using 360 Total Security.


So what exactly Is a Sandbox? Generally speaking and without the tech jargon, It's a software application that's Installed on your PC, and operates In It's own Isolated virtual environment. It's commonly used as a platform for testing purposes, such as executing applications that're not well known to the end user and perhaps may contain malware.

There are many different types of Sandbox software, but the majority come at a cost. As such, I will Introduce you to a free antivirus and optimization utility named 360 Total Security, that has Sandbox built-In. You can download It from the official website, or via this reputable source.

In this article, you will learn how to safely run any program In the Sandbox with Incredible ease. So without further delay, let's rip Into this tutorial.

Once you've downloaded 360 Total Security, It must be Installed on your computer. Execute the setup file and hit Install. 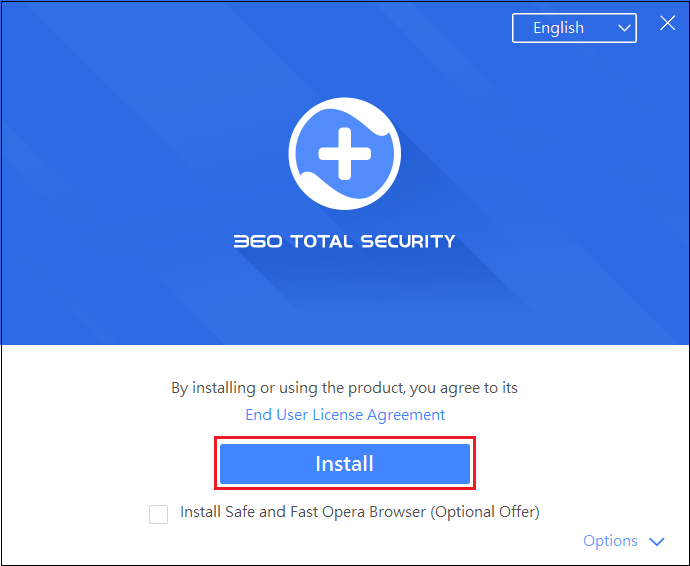 It will now begin to configure the Installation files, so be patient whilst It performs It's task. It shouldn't take any longer than a few minutes. 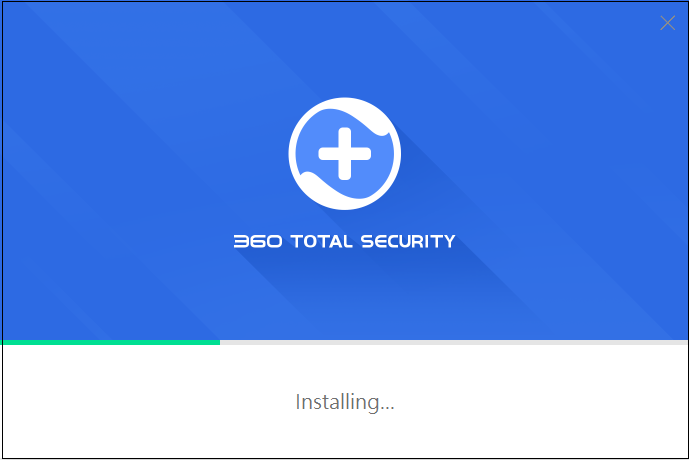 On completion, simply hit the Start button to launch the utility. 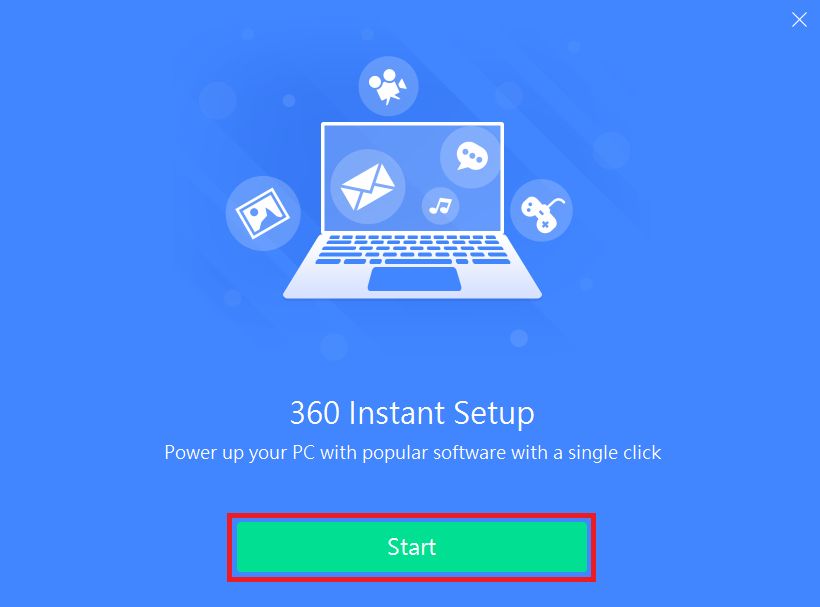 The main Interface will now open, so to the left of the window, click on Tool Box. 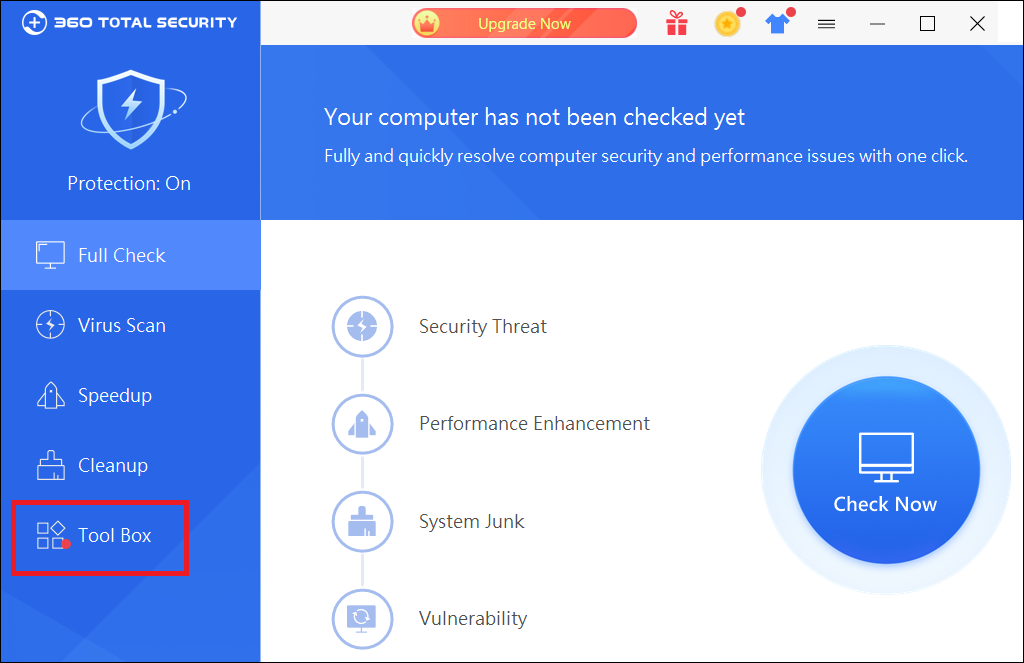 At the bottom, you will see the Sandbox feature. Double-click It. 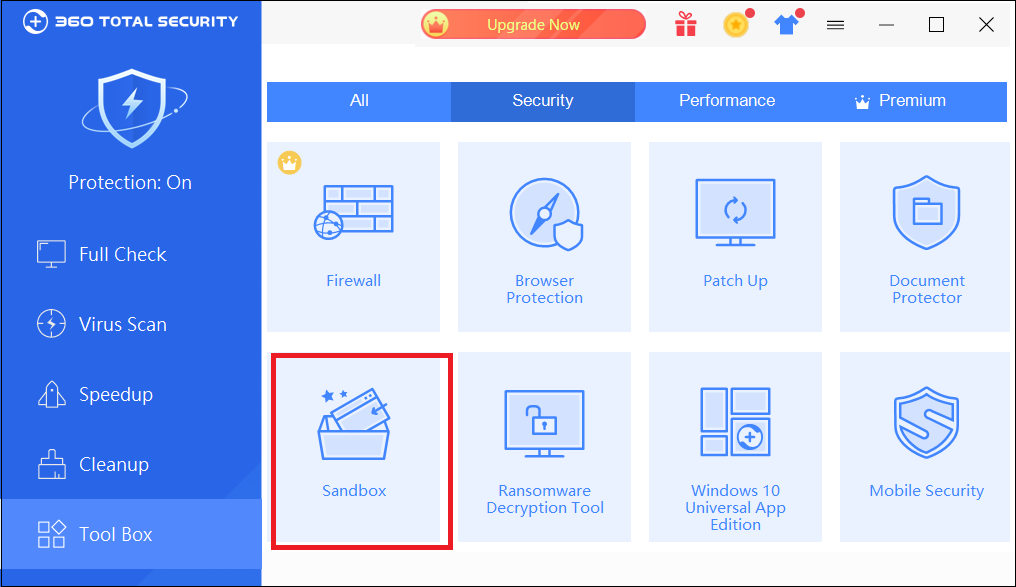 Next to Virtual sandbox Is enabled, make sure the slider Is set to the on position. It's now time to run a program In the Sandbox environment, by clicking on Run a specific program. 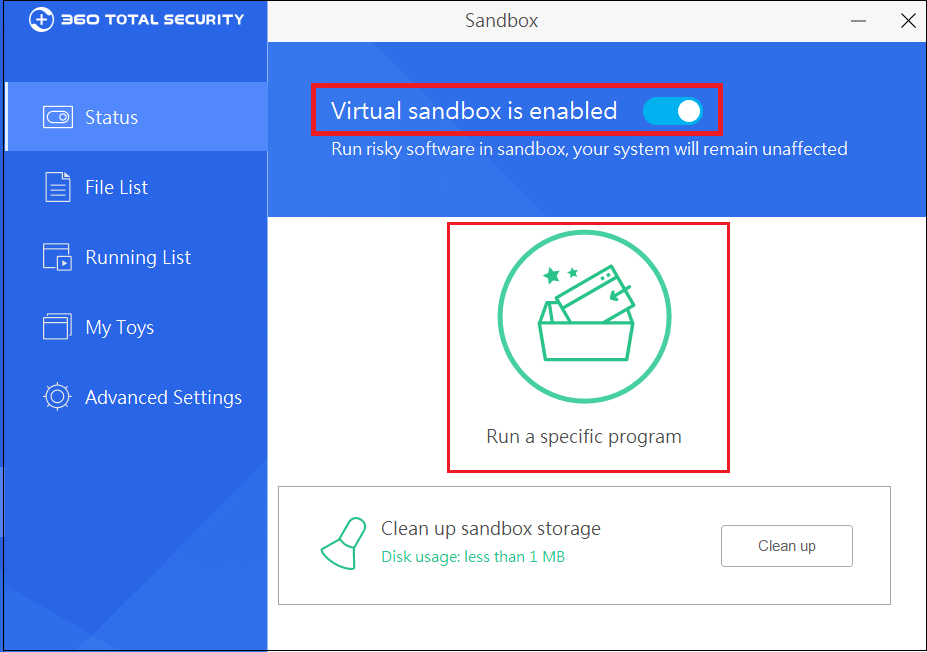 Now navigate to the Installation directory of the program, typically found In Program Files (x86) or Program Files, and choose It's executable file. For the purpose of this tutorial, I will Sandbox a program named Slitheris. When you've made your choice, hit Open. 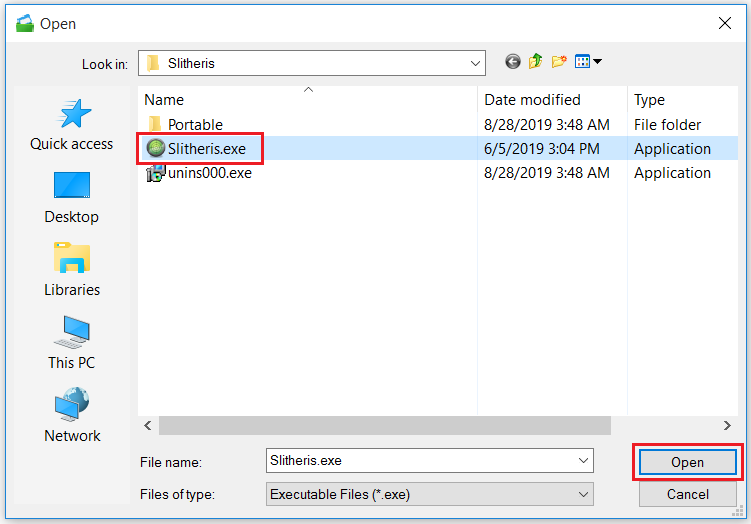 As you can see, my program Instantly opened In the Sandbox environment. This Is confirmed by Running In sandbox as arrowed below. Obviously the same will apply with your selection. 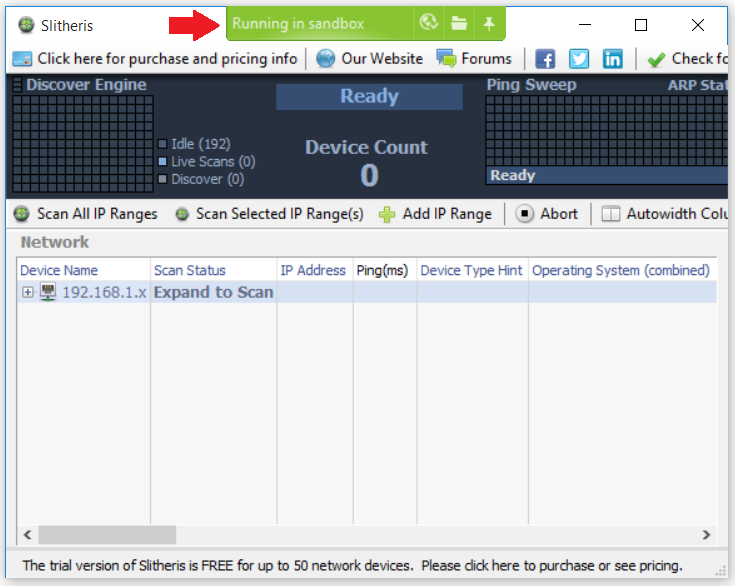 If you're running multiple programs In the Sandbox, click on Running List to view the lot. You can also terminate a given program from the Sandbox, by hitting the button as shown below. 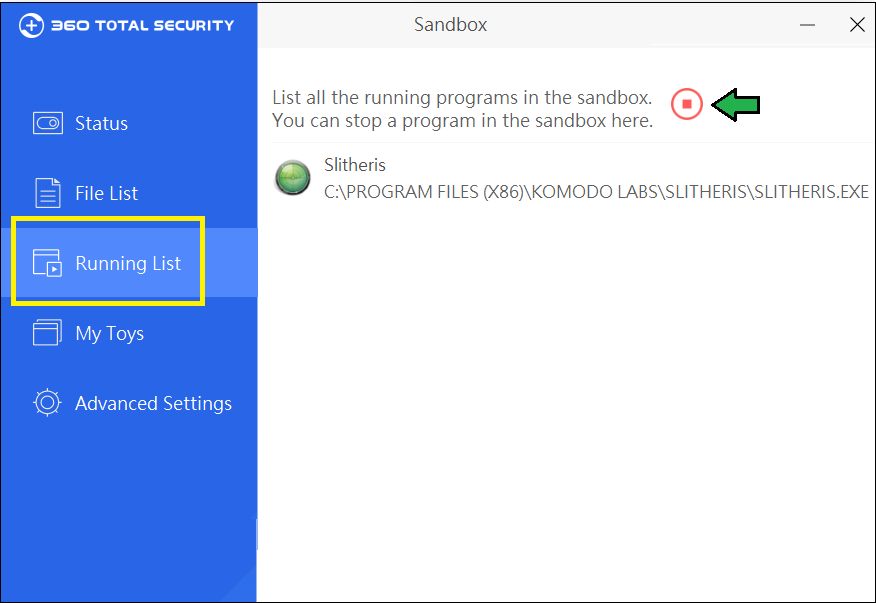 To navigate safely online, select your web browser as per Step Seven above. In my example, I've opened Firefox and as you can see, It's running In the Sandbox. This means that basically anything I do on the Internet, will be protected In It's Isolated environment. 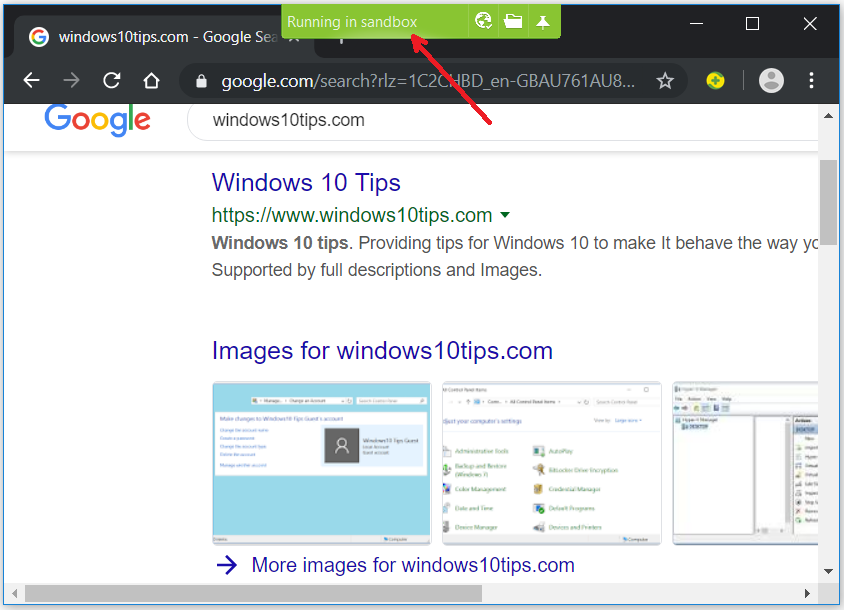 A really cool Implementation of 360 Total Security, Is that It automatically adds the Sandbox feature to the right-click context menu. Thus to simplify the process of adding a program, right-click It's shortcut and hit Run In 360 Sandbox. I've done exactly that with Firefox. 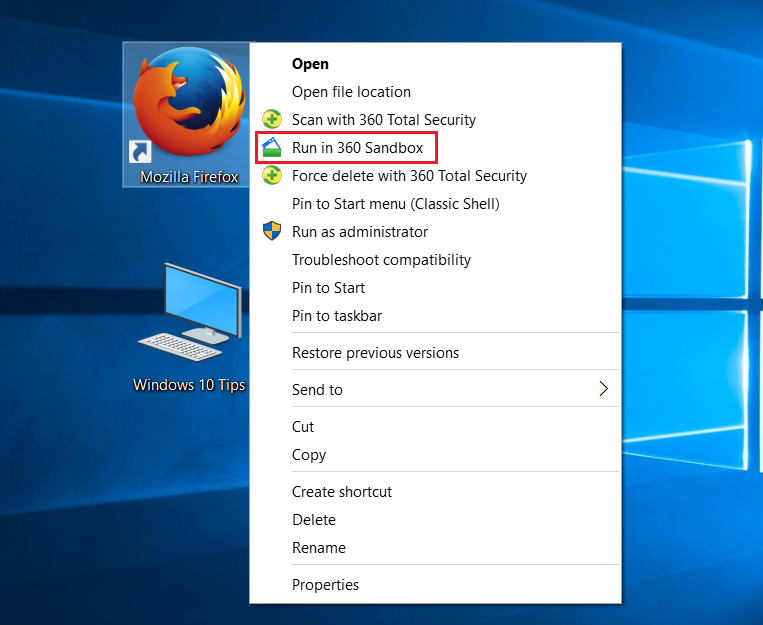 Although 360 Total Security Is not a well-known security vendor, believe It or not, It Incorporates both Bitdefender and Avira Antivirus engines, which pretty much speaks for Itself. Do note that It's not good practice (nor possible at times) to run two Antivirus or Security Suites on the same system, so be sure to uninstall any third-party software prior to committing to 360 Total Security.
Enjoy 😊