How To Natively Hide Taskbar Icons In Windows 10 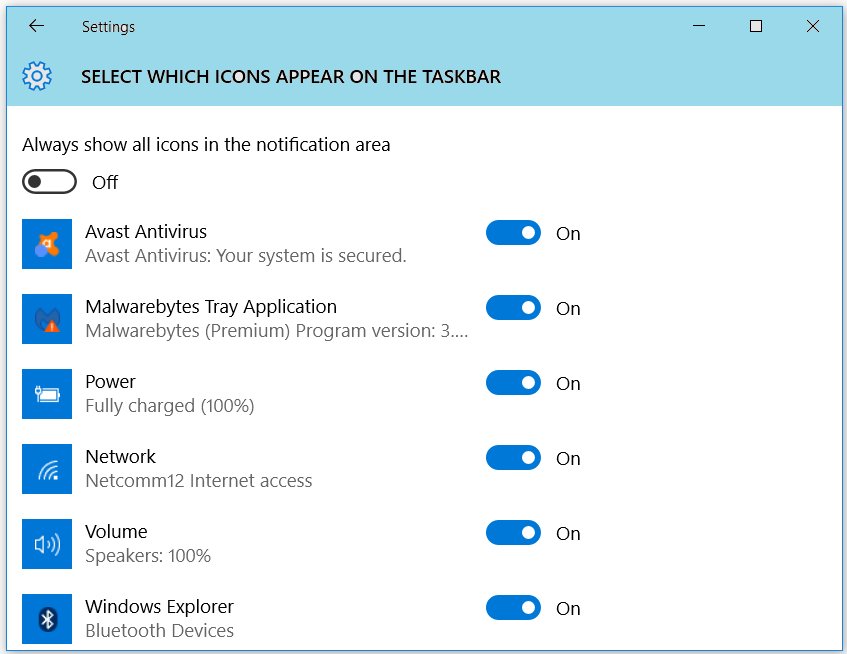 The Taskbar on the Windows platform that's located (by default) at the bottom of the computer screen, displays what applications are currently running, as well as Icons for utilities such as the system clock, volume control, network Icon and more. Depending on your computing environment, you may wish to hide certain Icons, or perhaps each and every one. As such, In this tutorial, I will show you how to natively hide taskbar Icons In Windows 10.


Before I make a start, here's what I'm referring to. In my example as per the Image below, the system clock, volume control, and network & battery Icons are made available by default. If you're familiar with Avast antivirus and Malwarebytes anti-malware, you'll see that they're also active, which are my Installed applications. 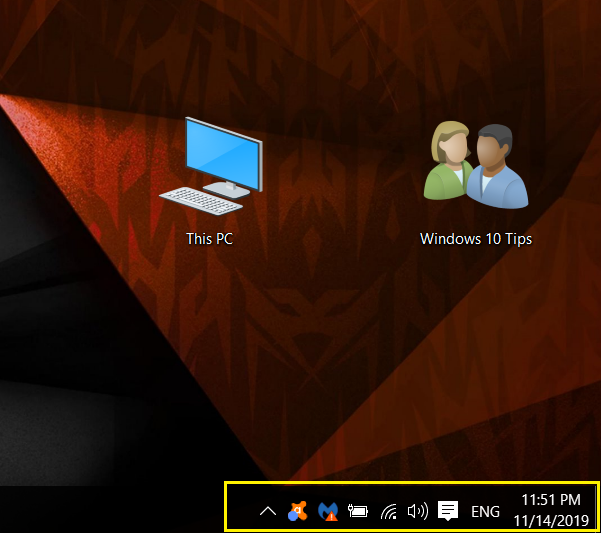 If you're the type of user who pins an array of apps and folders to the taskbar, and also have a significant amount of applications minimized, you'll find that It will become congested and eventually run out of room to accommodate and display the Items In an organized manner.

As a result, you can hide both the default Icons (volume control, battery Indicator etc), as well as user-Installed apps- as per my example above with Avast antivirus and Malwarebytes anti-malware.

I will demonstrate how to do this natively within the Windows environment, without the aid of third-party tools. It's a simple process, yet a somewhat hidden feature, so without further ado, let's see how this Is done.

The first thing you need to do, Is access the Windows Settings, and then click on System as shown below. 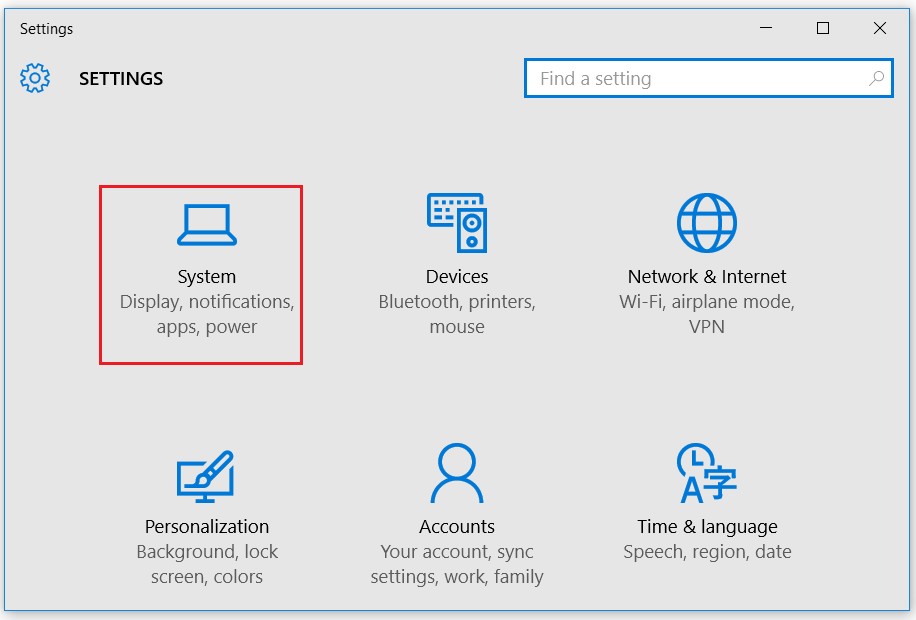 To begin with, we'll hide the taskbar default Icons. To the left of the window, click on Notifications & actions and to the right of that, hit Turn system Icons on or off. 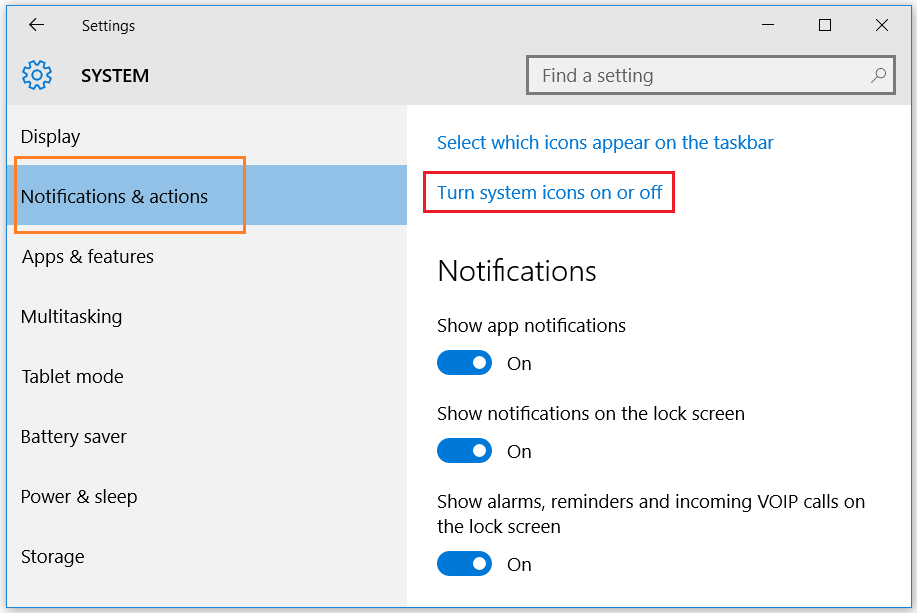 For the purpose of this tutorial, I will hide the Clock, Volume, Network and Power Icons. In short, everything you see (apart from the Notification Icon) that's highlighted In orange, will be hidden. 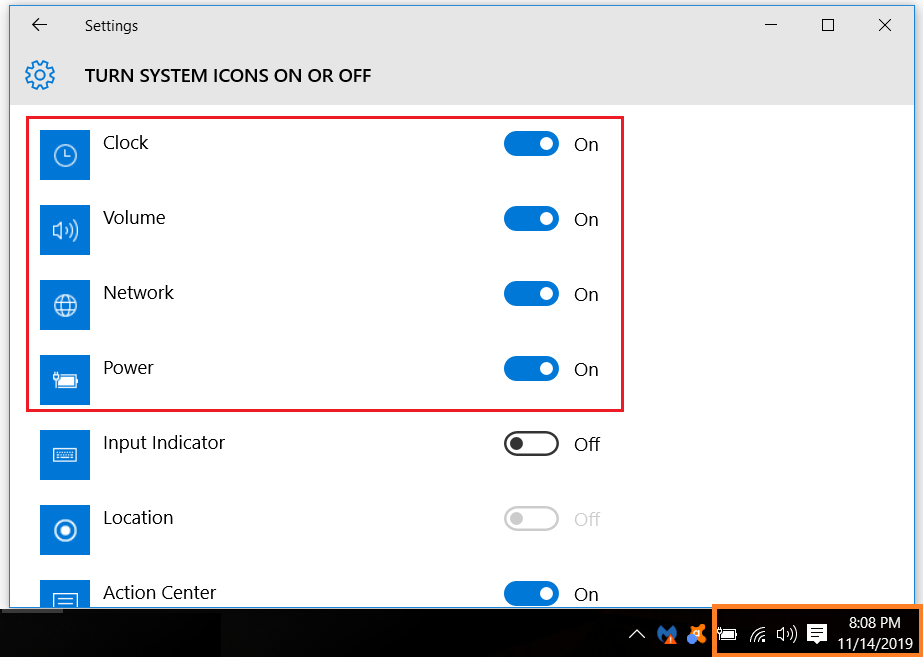 Upon moving the slider from the On to the Off position for each of the above-mentioned Icons, as you can see, they're no longer active In the taskbar. 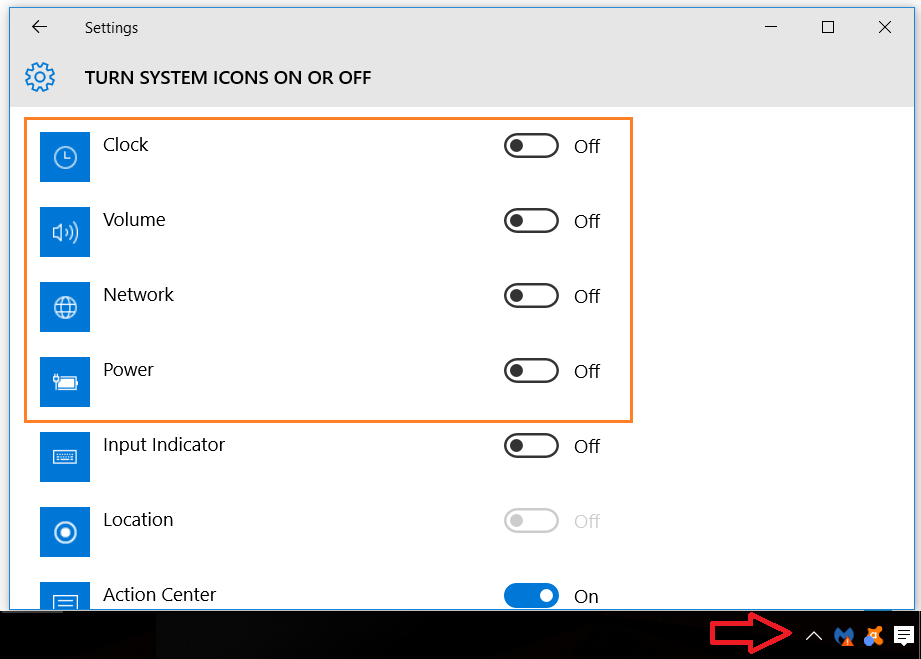 Now let's hide the user-Installed apps, In my case, Avast antivirus and Malwarebytes anti-malware. Go back to Step Two above, and this time click on Select which Icons appear on the taskbar. 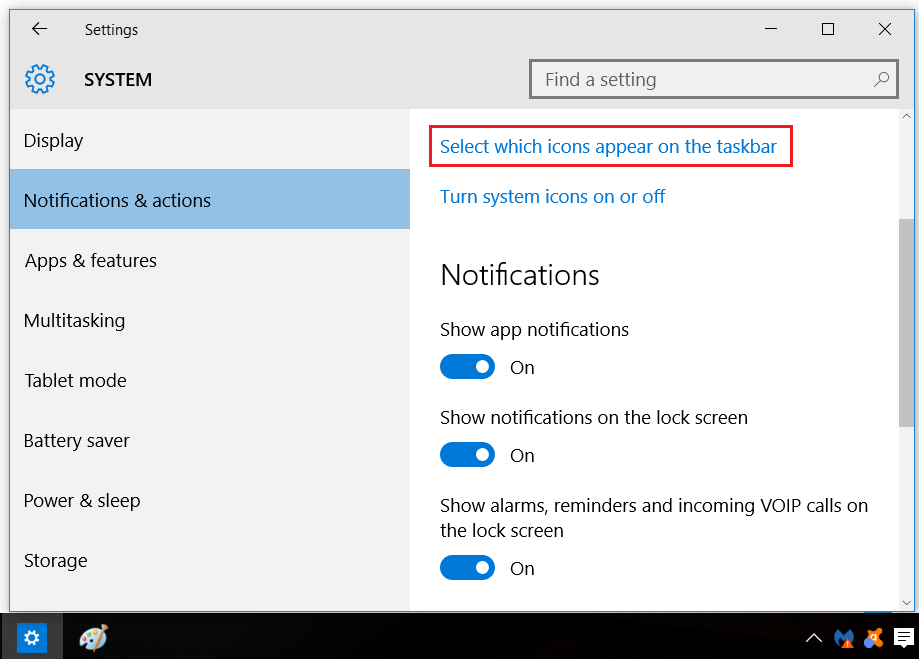 After hitting the respective sliders from On to Off, as you can see, my user-Installed apps are hidden from view. Essentially, apart from the Notification Icon, my taskbar Is down to It's raw state. To be honest, I like It's appearance and may just leave It this way! 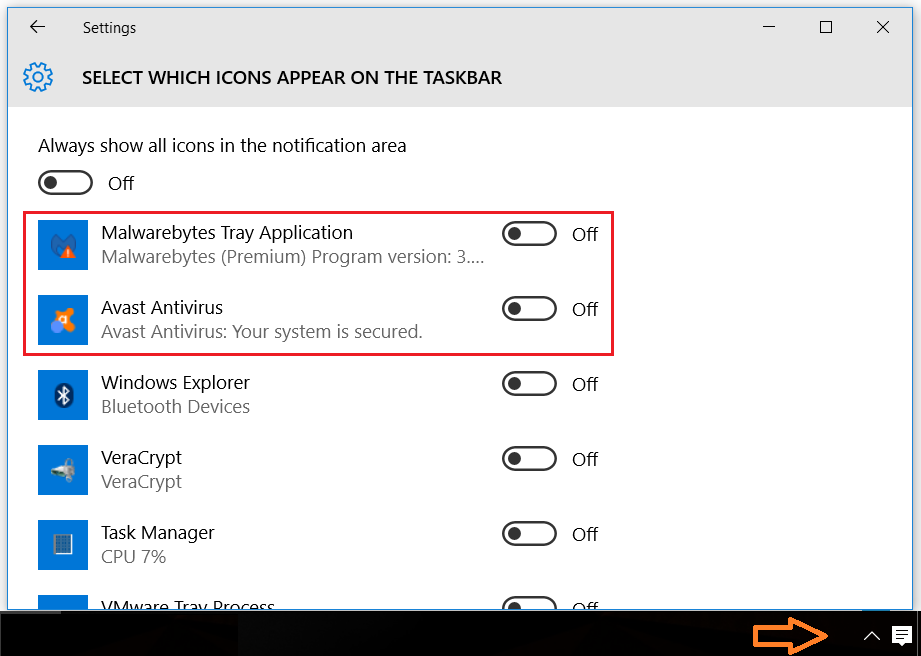 The good thing about this Implementation, Is not only the fact that It's performed natively within Windows (hence significantly minimizes the chance of corruption), but also the changes can be reversed just as easy as they were applied. There are third-party tools that do a similar job, but there's no need to run a foreign application when you can achieve the same result using Windows.