How To Center The Taskbar Icons In Windows 10 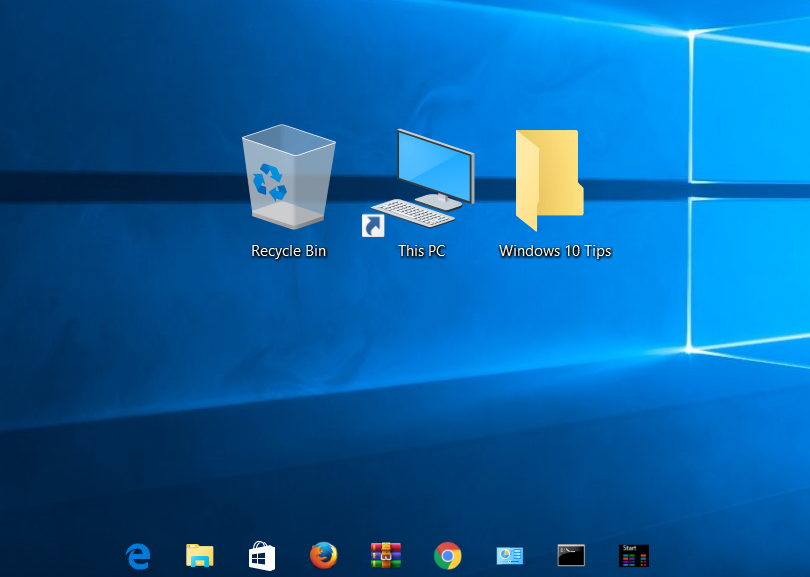 The Taskbar on the Windows platform that's located (by default) at the bottom of the computer screen, displays what applications are currently running, as well as Icons for utilities and those that you personally pin. Wouldn't It be great If you could center the Icons, thus perform your computational tasks In a more organized manner? Well, In this tutorial, I will show you how to center the Taskbar Icons In Windows 10.


Before I begin, do note that this does not apply to the Icons defaulted to the Taskbar, such as the Volume, Network/Wireless and Sound Icons. It's only relative to those that you personally pin, and applications that you actively execute, Inclusive of when they're minimized- they'll all be centered. The appearance will be similar to the Image above.

A couple of other cool features, Is that you can make the Taskbar transparent, and also hide the Clock and the rest of the default Icons as mentioned above. I personally enjoy tweaking my operating system to my liking (Taskbar Included) and If you're anything like myself, then this tutorial Is for you.

To achieve this, I will use a neat little tool named TaskbarDock, that can be downloaded from the developer's site, or via this reputable source. So without further delay, let's get this tutorial started.

Once you've downloaded TaskbarDock, It does not need to be Installed on your computer. Simply launch the executable file, and It will automatically sit In the System Tray. To access It's options and center the Icons, hit the arrow, select the tool's little Icon and then click Center. 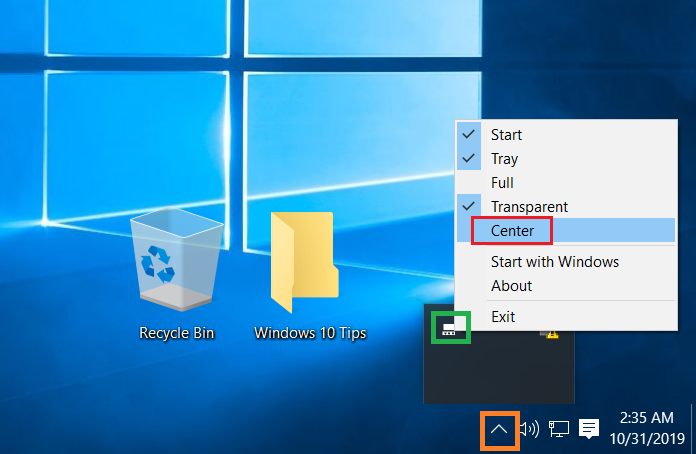 The Taskbar Icons will now be positioned In the center of your computer screen. Here's my Icons before I applied the above setting. They're at the leftmost of my screen, as defaulted to Windows 10. 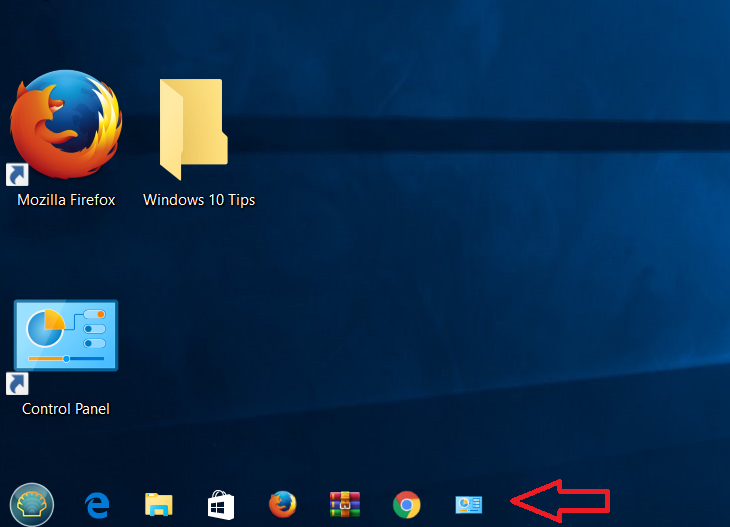 And here's the result, after the setting took place. As you can see, my Icons are sitting neatly In the middle of my computer screen. 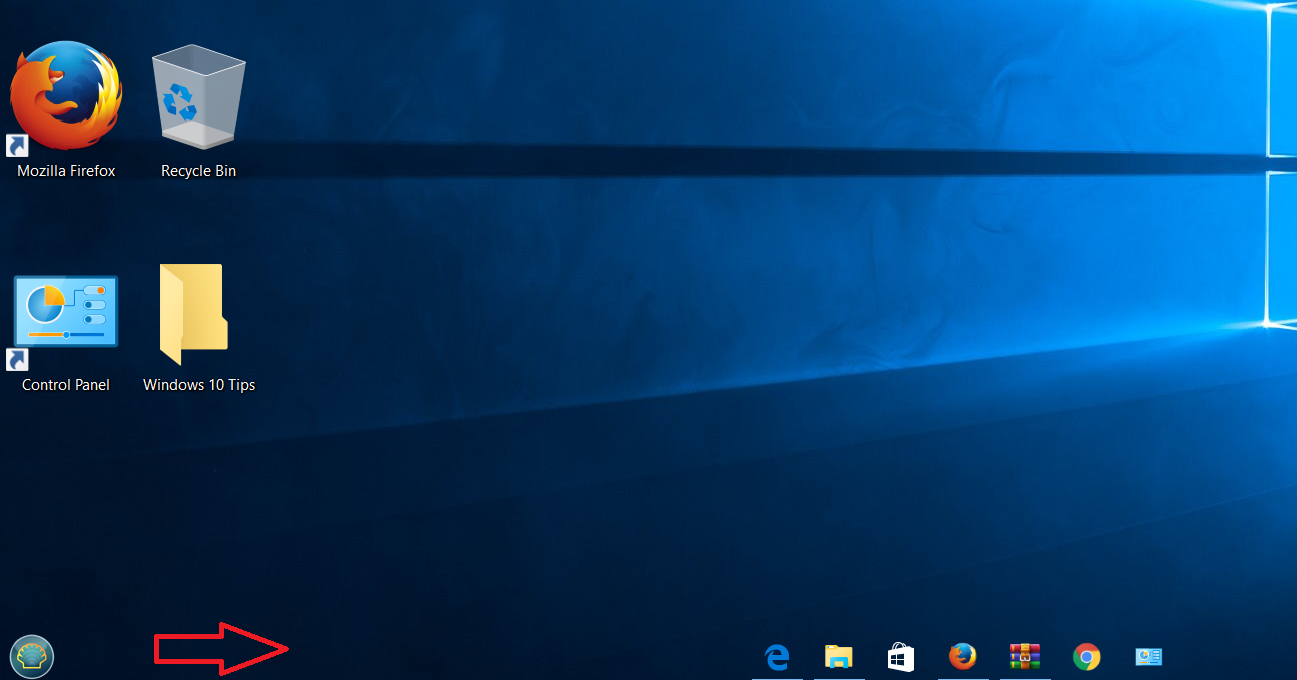 To reverse the change and have the Icons placed as per their original state, simply uncheck the Center option as Illustrated below. 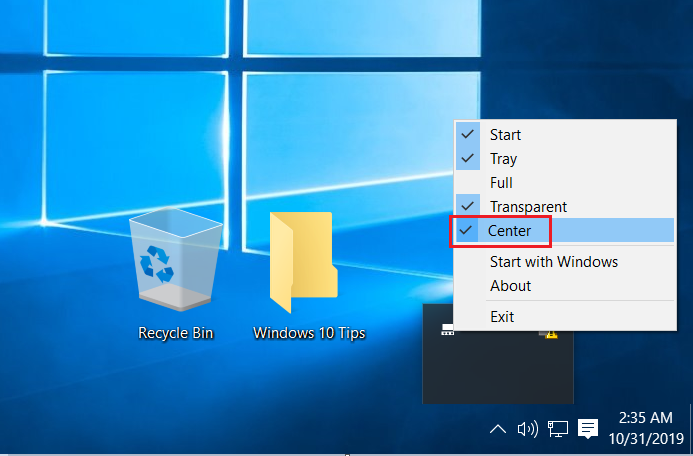 If you want to hide the Windows default Icons, such as the clock, volume controller, network Icon and so forth, make sure to uncheck the Tray option. Effectively, the Icons will only be active, when you mouse over the area. 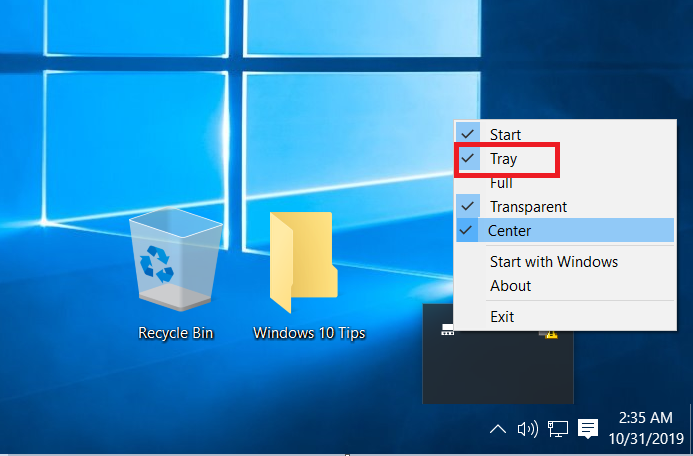 There are a few other features that TaskbarDock entails, but for the purpose of this article, I've focused on centering the Taskbar Icons. The good thing about this tool, Is the fact that It's a portable version, hence Installation Is not a prerequisite and no changes are made to your computer. To remove It from actively running on your PC, simply hit the Exit option.