Windows Defender, namely In the latest version of Windows 10, has significantly Improved with It's overall detection and removal of many variants of malicious content. In fact, a lot of users have opted to keep It as their main form of antivirus. If you wish to easily access It's features or want to permanently disable It, Microsoft hasn't really provided user-friendly options to do so. As such, In this tutorial, I will show you how to access and permanently disable Windows Defender.


Whilst It's not that much of a difficult task to open the Windows Defender Security Center, predominantly for users who're very familiar with Windows 10, the same cannot be said If you want to permanently disable It. Turning off It's Real-time protection, Is short-lived, you'll find that It'll automatically re-enable Itself pretty quickly. And users who have very little to no knowledge about the Windows Registry Editor or Group Policy Editor, will find that It's a somewhat arduous task disabling Windows Defender via these entities.

As a result of all the above, I will demonstrate how to securely disable Windows Defender, by using a neat little tool named Defender Control, that can be downloaded from the developer's website, or via this reputable source.

The tool can also be used to directly access the Defender Security Center, as well as perform other tasks, with a single click of the mouse. So without further ado, let's rip Into this tutorial.

Once you've downloaded Defender Control, simply double-click the executable file and the tool will launch (without the need to Install It) as per the Image below. As mentioned, one of It's strengths Is the ability to Instantly access Windows Defender's settings. Let's click on Open Security Center.

The Windows Defender Security Center has opened with a simple click of the mouse. It certainly beats using the search function, or accessing It via Control Panel. 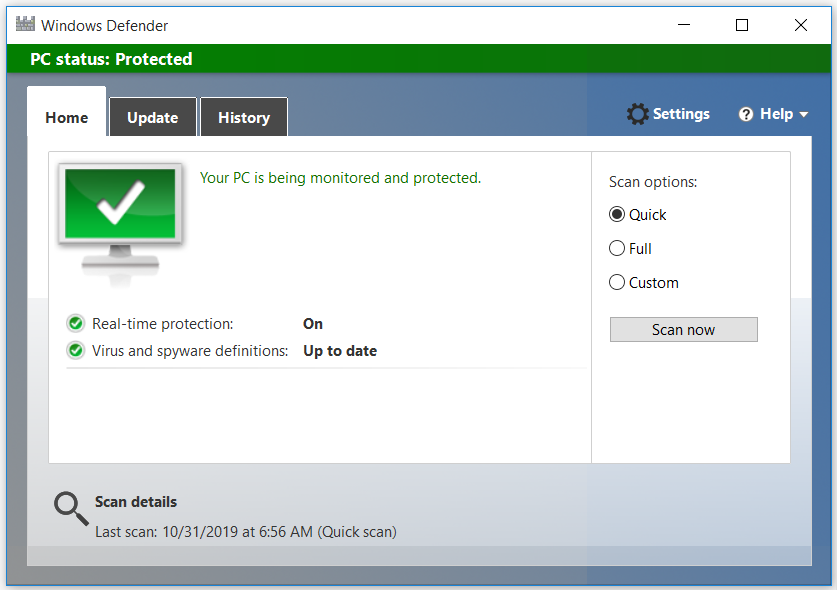 I've now clicked on the Menu button, and as you can see, there's quite a number of options to choose from. It's beyond the scope of this article to cover the lot, thus I'll only demonstrate the Defender Settings by clicking on that very button. 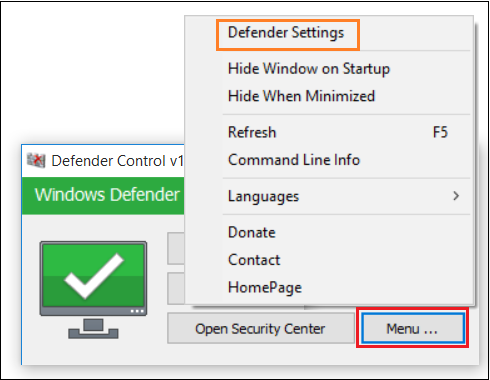 As expected, the Windows Defender setting has directly launched In Windows Settings. I can turn off Real-time protection and Cloud-based protection, but they'll automatically turn back on at some point, so I'll securely disable Windows Defender In It's entirety In the next step. 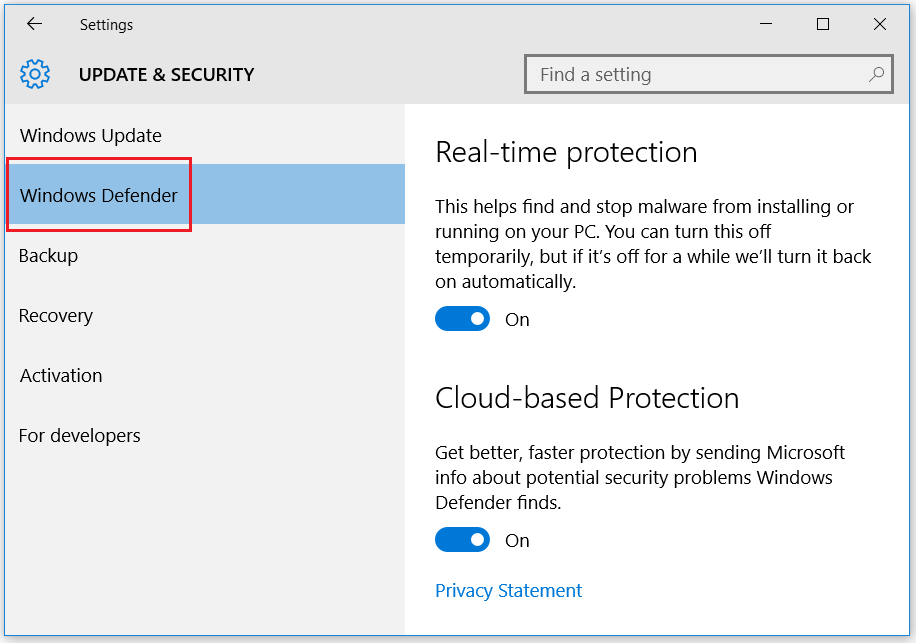 Upon navigating back to the tool, I've hit Disable Windows Defender, which will do exactly that. The entire process only takes a few seconds.

As you can see, the tool clearly Indicates that Windows Defender Is turned off. Let's make sure this Is In fact the case, by clicking on the Open Security Center button.

A message of This app Is turned off by group policy, has been returned. Taking this message Into account and the fact that Windows Defender failed to execute, concludes that It's been securely disabled. 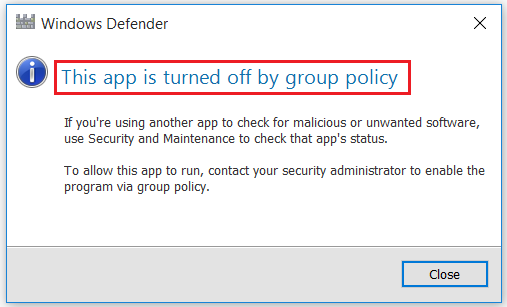 Aside from the perks mentioned above, another huge advantage of Defender Control, Is that you can completely shut the tool down and Windows Defender will still be disabled. Essentially, If you have multiple users sharing your computer, unless they have access to the tool, they cannot re-enable It.