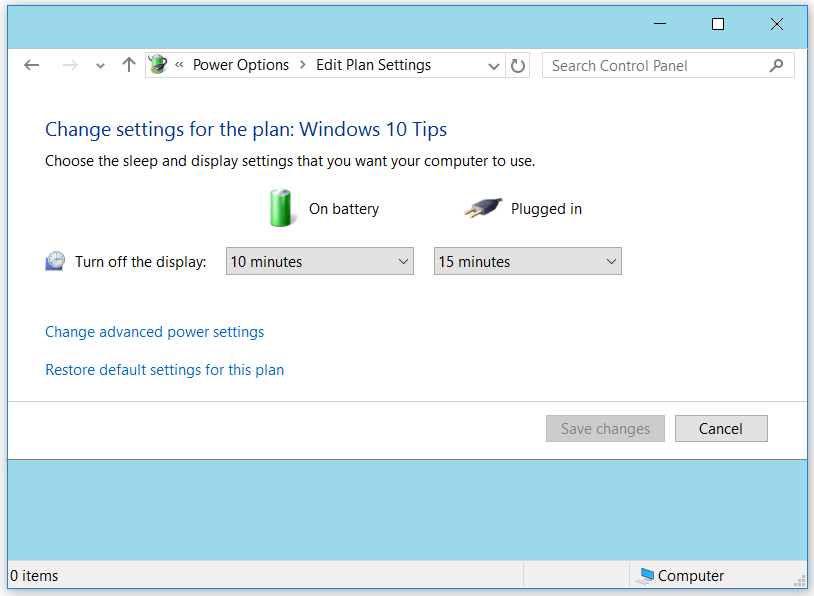 In terms of managing and controlling the way your computer utilizes power during It's computing operations, Windows has built-In power plans, that are basically a collection of hardware and system settings. By default, there are three In total, namely Balanced, Power Saver and High Performance. Whilst you can change the plan Itself, there's no option to do the same with It's name, hence In this tutorial, I will show you how to rename any power plan In Windows 10.


Before I make a start, here's what I'm referring to. Upon navigating to Control Panel > Hardware and Sound > Power Options, the list of power plans will be available as per the Image below. 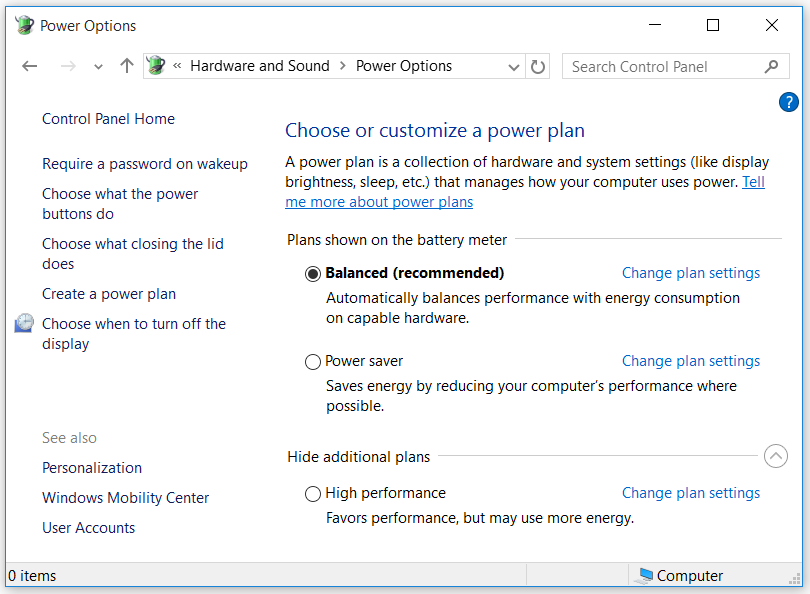 Changing between each one, Is as simple as selecting It's respective radio button, but what If you want to rename a given power plan to something of your choice? Well, Windows does not have a native option to do this, but rest assured, I've got you covered.

In this article, I will demonstrate how to rename any existing power plan, by using the good old Command Prompt. The process Is rather simple, so without further delay, let's rip Into this tutorial.

The first thing you need to do, Is access the Command Prompt. Open the Run menu, enter cmd and hit OK. 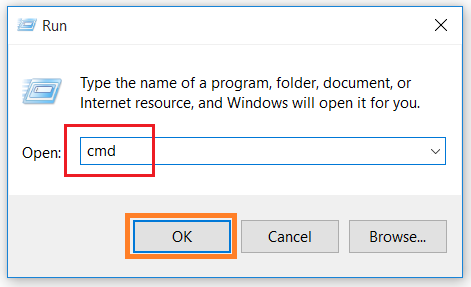 The Command Prompt will now open, so type powercfg /L and hit the Enter key on your keyboard. You will then see a list of default power plans, namely Balanced, High Performance and Power Saver as shown below. 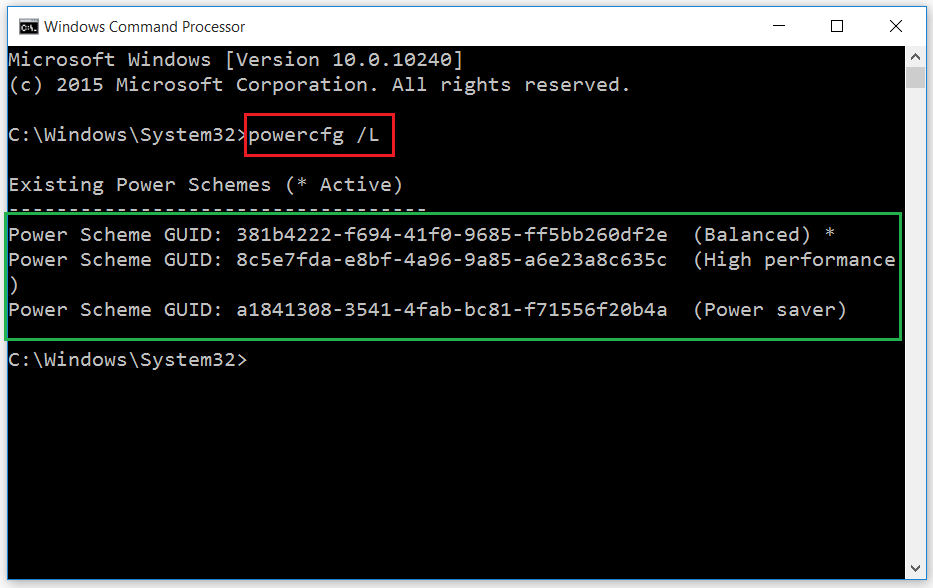 Now you need to decide which of the above power plans you wish to rename. In my case, I shall rename the High Performance power plan, by copying It's GUID as outlined In green. Be sure to copy your GUID- you'll need this In the next step. 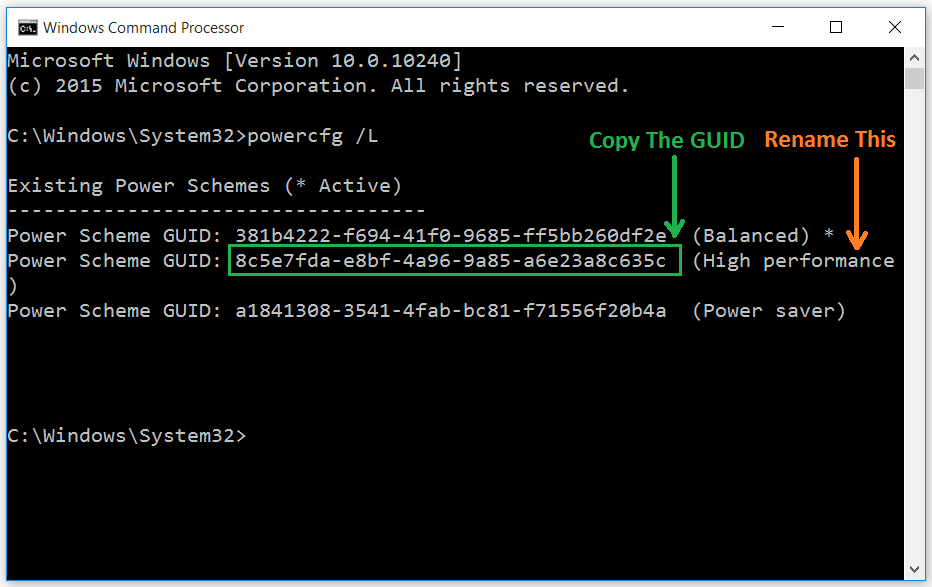 It's now time to rename your power plan. The syntax of the command Is as follows.

Replace the GUID with your very own (that you've obtained In the above step), and the Your Power Plan Name with the one that you'll be renaming.

My GUID has been added to the command, and I've decided to rename my power plan to Windows 10 Tips. I've then entered the entire line Into the Command Prompt (below), and hit the Enter key. This will Instantly apply the change. 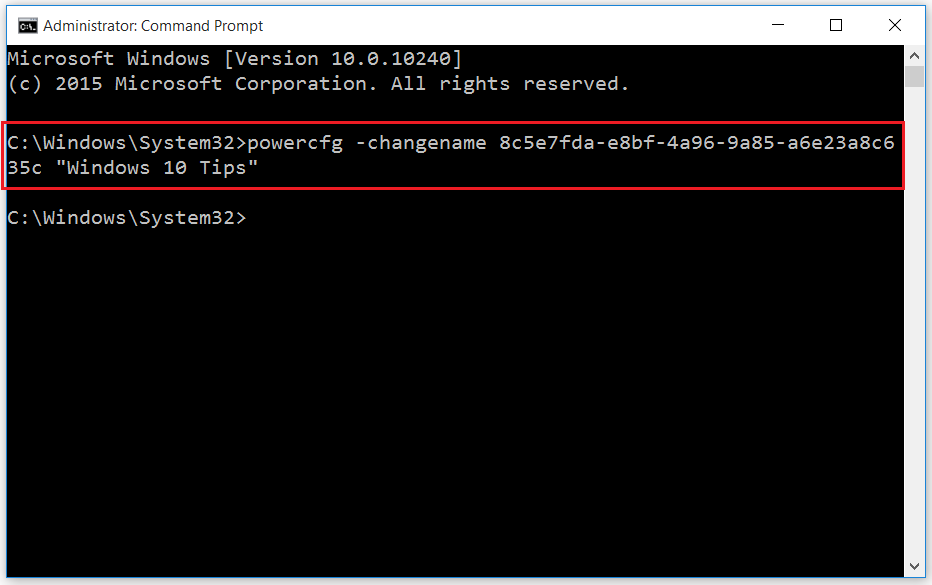 Here's my power plan settings, before all the above was applied. The High performance power plan name Is at It's default state. 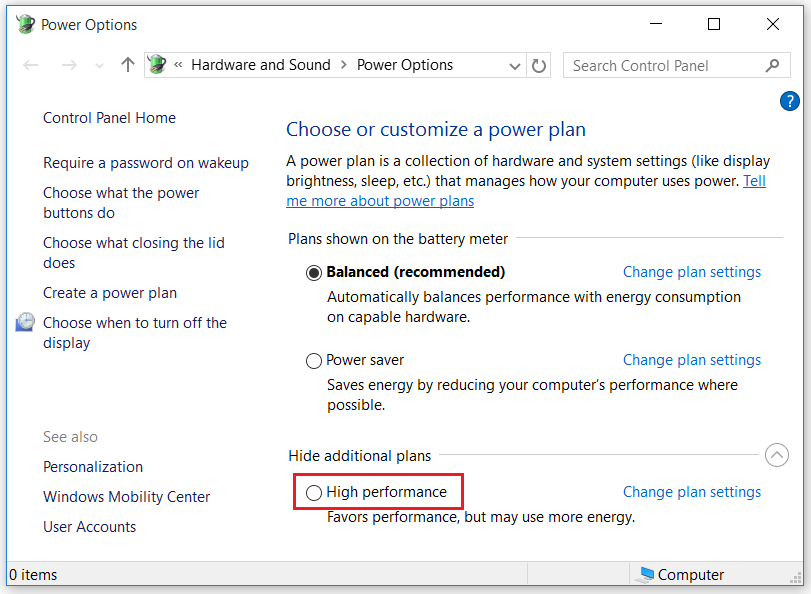 And here's the result after performing the aforementioned commands. As you can see, my power plan has been successfully renamed to Windows 10 Tips. Perfect! 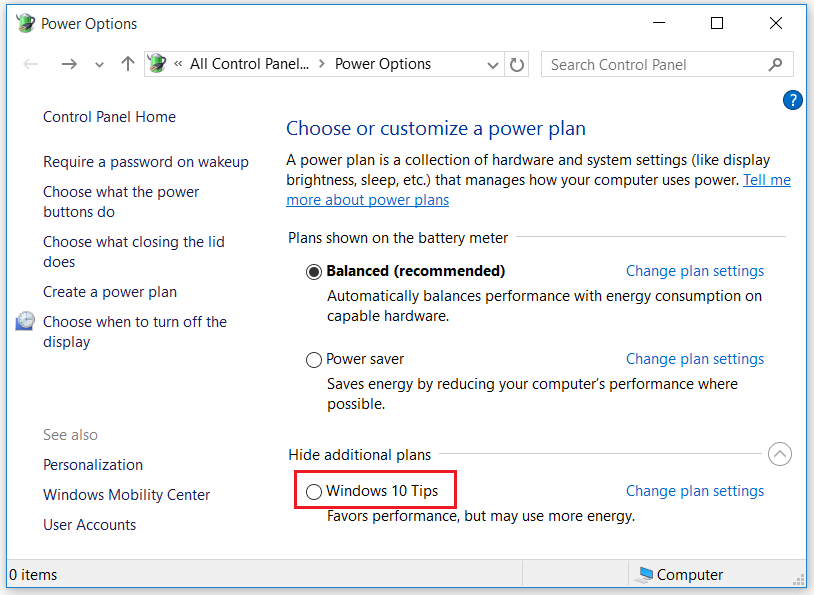 If you're anything like myself who enjoys customizing the Windows 10 operating system suited to personal preference and usability, then this tutorial will serve you well. Do remember, that you can change any power plan you like, without the need to reboot your PC.

To reverse the change back to It's original state, refer to Step Four above, and enter the default power plan name accordingly.