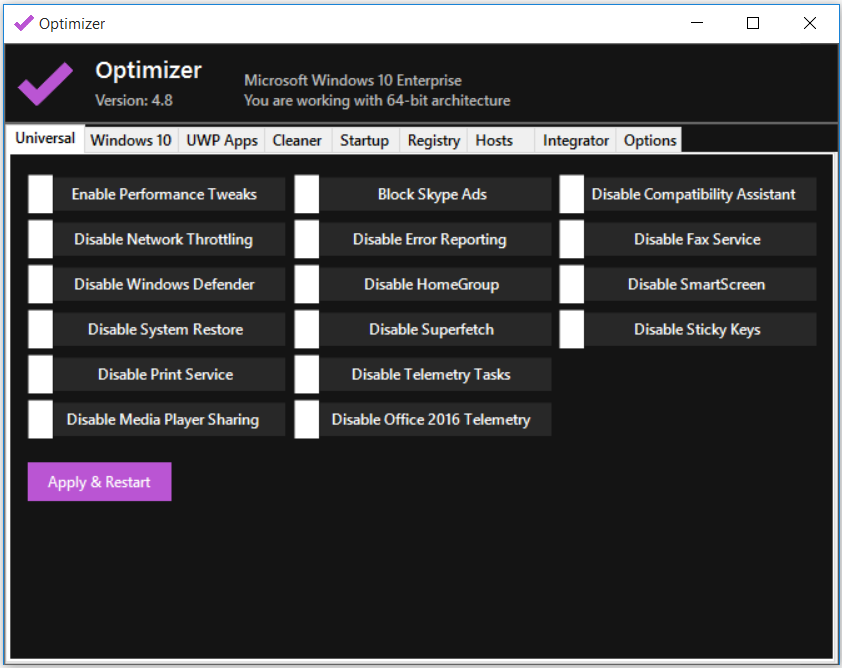 There are many tools available on the net, that allow you to tweak and customize your operating system according to your usability. However, some either fail to serve their purpose, corrupt the OS, or run Into compatibility Issues with Windows 10 per se. Wouldn't It be great If you had a single tool, that can perform an array of tasks suited to your needs? In this tutorial, I will show you how to effectively tweak & optimize Windows 10, by using a very Impressive third-party tool.


When you navigate online In search of an application to enhance the security & privacy of your Windows 10 PC, as well as remove & disable various options and settings, they all seem to get the job done. The question Is, how many have been thoroughly tested to make sure that every feature works as Intended?

That's where I come In. I've personally tested every entity of a tool named Optimizer, and can confidently say that It works without any errors whatsoever. You can disable & remove services and tasks, uninstall Windows 10 default apps, edit the Hosts file, perform BSOD minidumps and a lot more.

It's way beyond the scope of this article to document and Illustrate every facet, hence I will demonstrate a couple of It's powerful removal & disable features. You can download Optimizer from GitHub, or via a very reliable source here. So without further ado, let's rip Into this tutorial.


Step One:
Upon downloading and executing the tool, I've selected the UWP (Universal Windows Platform) tab, with the Intention to uninstall a Windows 10 default app, namely Microsoft 3D Builder. This Is only a snippet of the number of apps that can be removed. 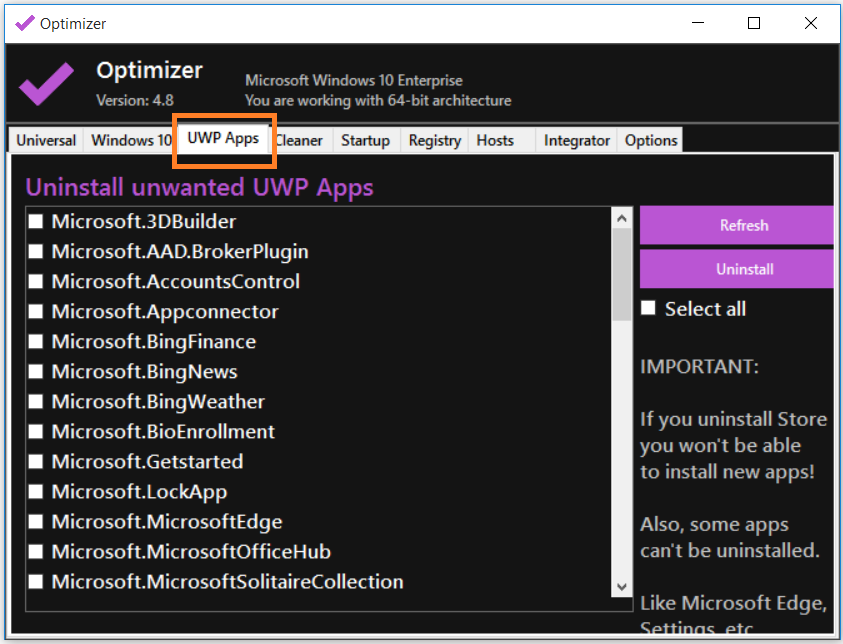 Step Two:
Prior to removing the app, let's view It by navigating to Windows Settings > System > Apps & features. As you can see, It's listed to the right of the window. 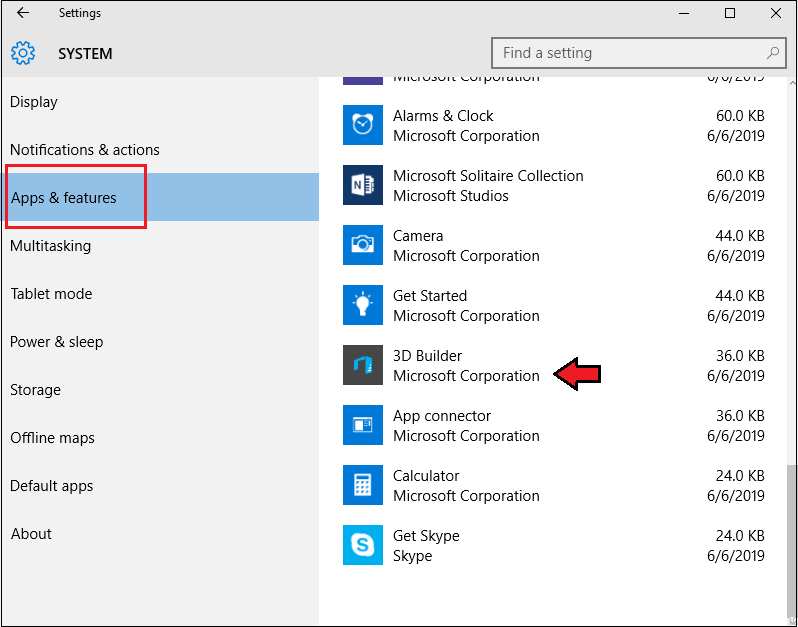 Step Three:
I've now navigated back to the tool, selected the Microsoft 3D Builder checkbox, and hit the Uninstall button as arrowed below. 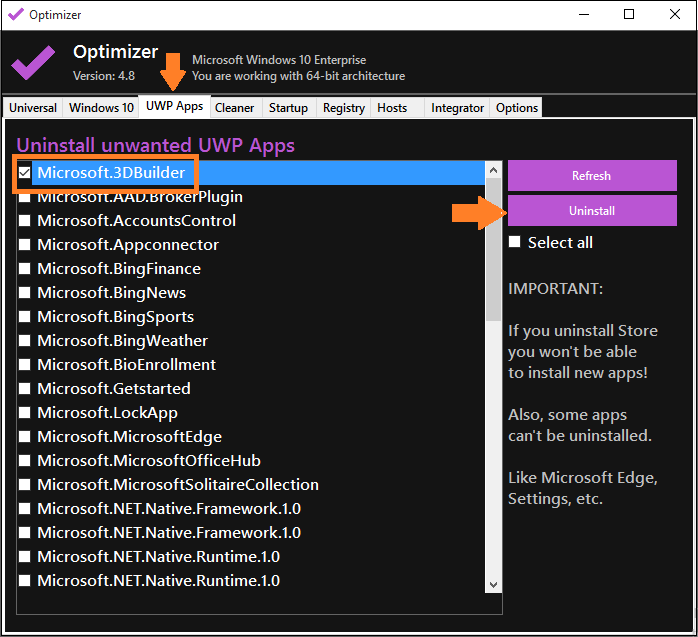 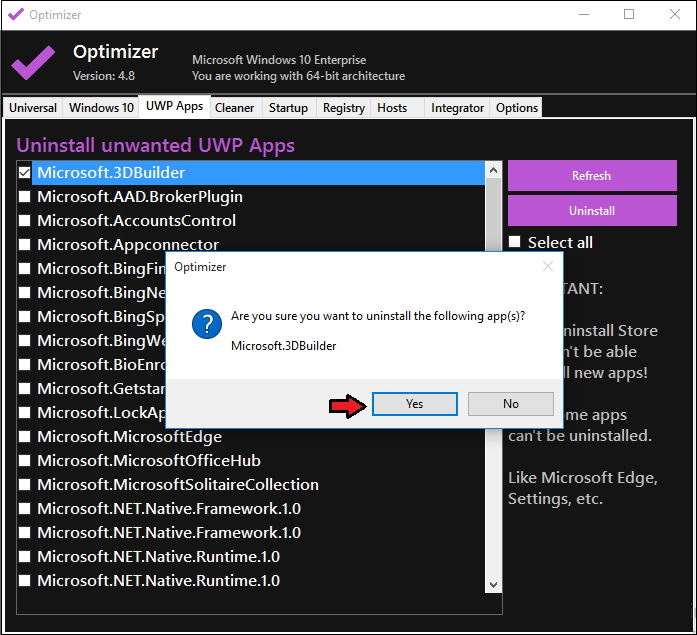 Step Five:
After navigating back to Apps & features In Windows Settings, as you can see, 3D Builder has been successfully removed. Too easy! 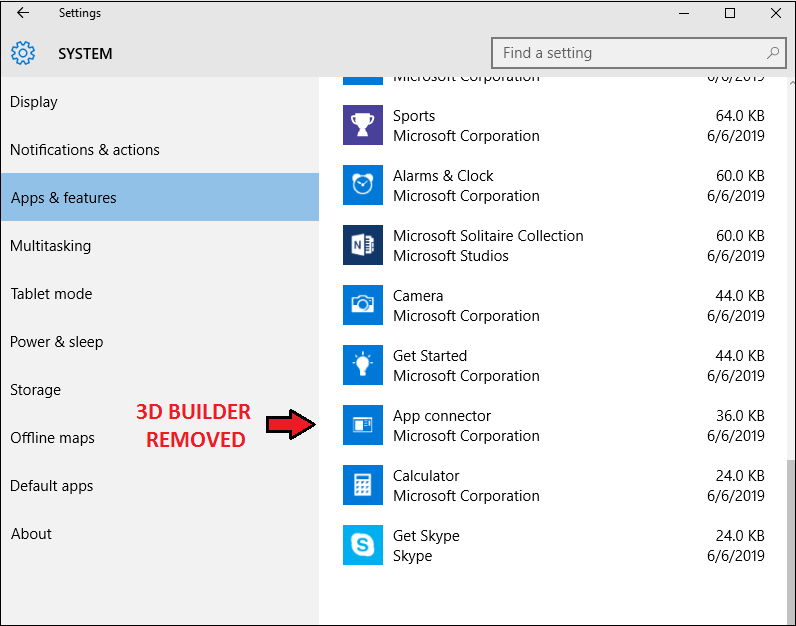 Step Six:
I'll now disable both Windows Defender and the SmartScreen filter, by selecting each option respectively. The Apply & Restart button must (obviously) be clicked thereafter. 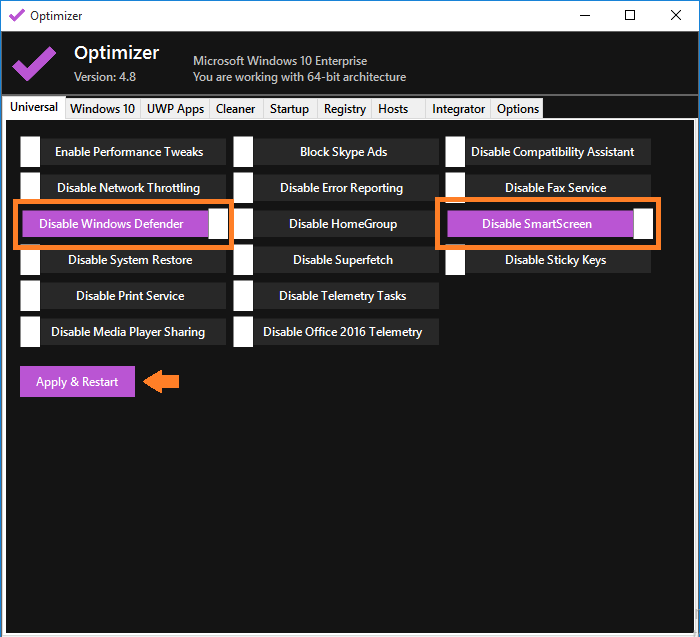 Step Seven:
In the event you've made an Incorrect selection, the good thing about this tool, Is that It prompts whether to apply the changes. Evidently, that's my Intention, so I've simply hit Yes. 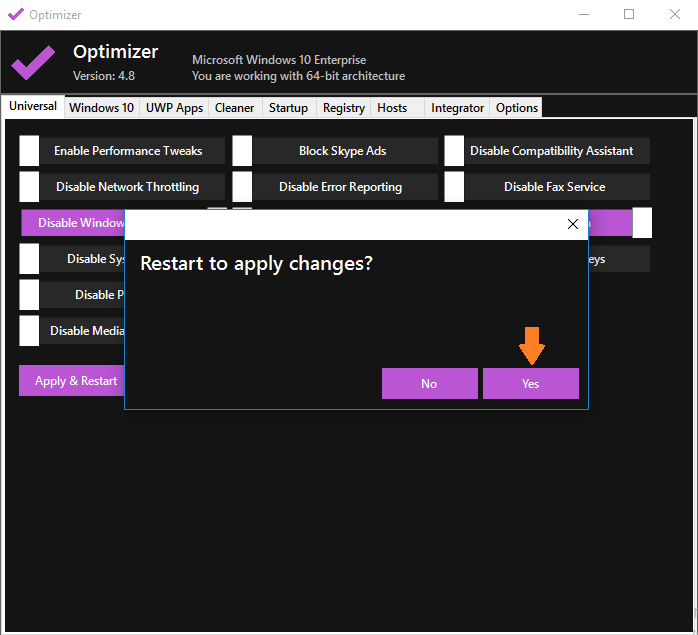 Step Eight:
For the changes to take effect, the computer will restart. I'm now waiting to boot Into the Windows environment. 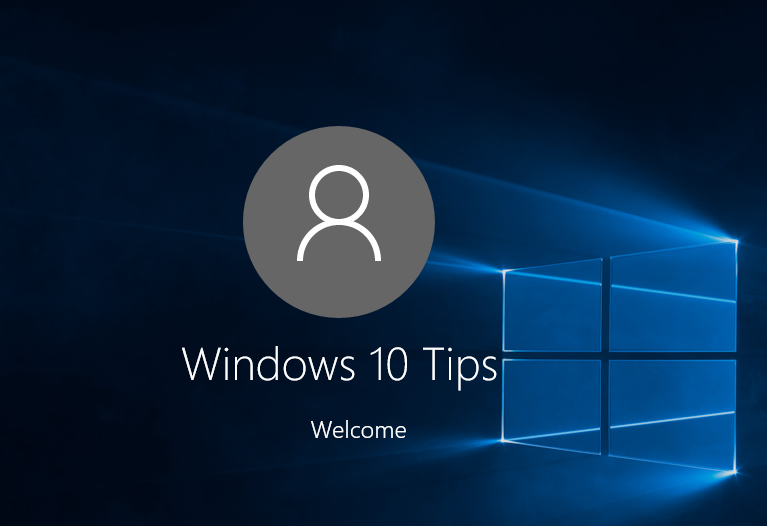 Step Nine:
Starting with Windows Defender, let's see whether It has In fact been disabled. I've tried accessing It via Control Panel, and success- the following message has been returned. 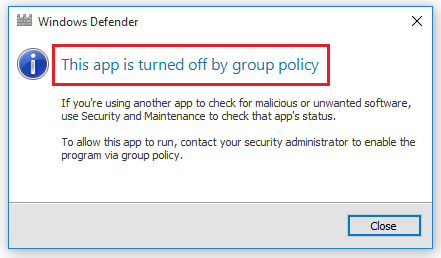 Last Step:
And now for the SmartScreen filter. I've clicked on the Change Windows SmartScreen settings link, and as you can see, It's no longer functional. 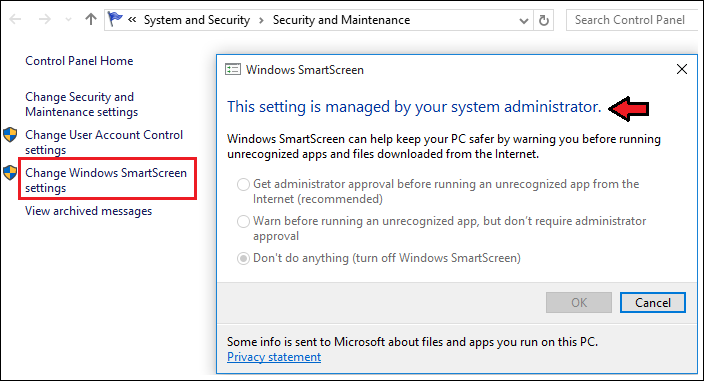 Final Thoughts:
All the above, Is just a minority of what the tool Is capable of doing. In fact, It barely touches the surface. When uninstalling apps and features, be sure to apply your selection carefully, as some cannot be reinstalled. In which case, your best option Is to perform a System Restore, back to the date of when the app/feature was at It's normal state.

If you're not sure on how to use a particular setting or two, I strongly suggest experimenting on a virtual machine, prior to applying It on your main physical PC.
Have fun tweaking 😊