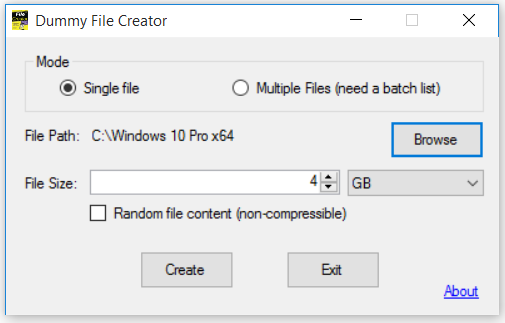 Depending on your business environment or Individual requirements, sometimes there Is the need to test files of a given capacity. Such tests can Include Identifying how well your hard disks perform under heavy read/write operations, or to establish whether files can be securely deleted beyond recovery. Whatever the reason may be, In this tutorial, I will show you how to create a fake file of any file size.


There are countless reasons why you'd want to create fake files and as such, It's way beyond the scope of this article to cover the lot. Perhaps your Intention Is to create one that's 4 GB In capacity, name It as a popular movie that's just been released, and fool everyone by uploading It to a torrent website like The Pirate Bay.

And then there's users with malicious Intent who build a file to a certain size, bind a virus or keylogger to It, and send It to their target who then executes It, and their computer Is Infected thereafter. Of course, I'm not encouraging this sort of behavior, but rather stating a fact.

Given you have your reasons (legit or otherwise), I will demonstrate how to create a fake file, by using a neat little tool named Dummy File Creator that can be downloaded from this reputable source. The tool Is very user friendly and the process Is extremely quick, so without further delay, let's rip Into this tutorial.

Once you've downloaded Dummy File Creator, It does not need to be Installed on your PC. Simply launch the executable file, and the tool will be ready to use as per the Image below. 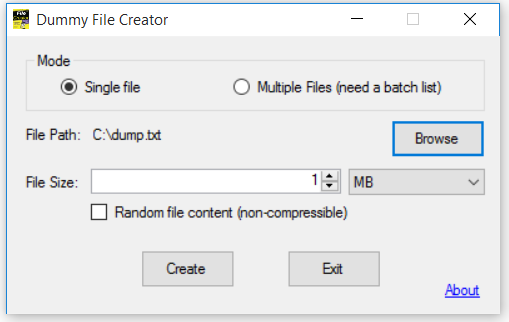 Next, click on the Single file radio button, enter the File size as well as the capacity (In Bytes, KB, MB or GB), and hit the Create button as shown below. I've entered 50 MB as my file size. 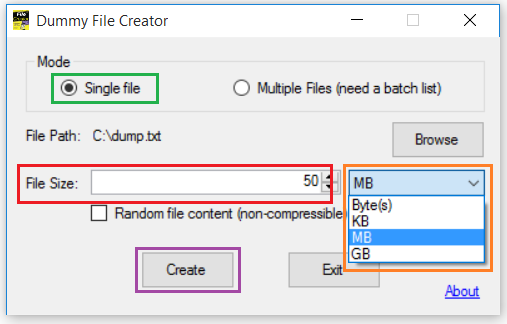 Now navigate to a directory of your choice, give the file a name and hit Save. For the purpose of this tutorial, I've named mine Avira Antivirus Premium 2019. 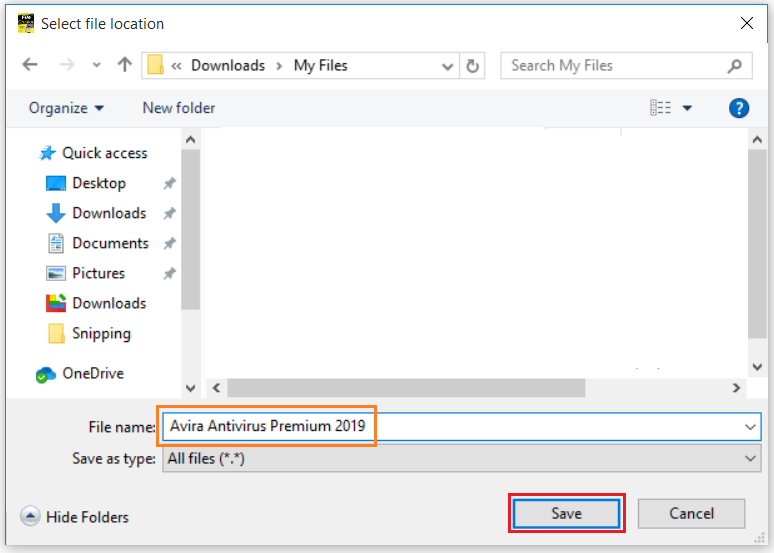 The fake file will now be created. The duration depends on the capacity you've selected. In my case, 50 MB took less than 5 seconds to complete. 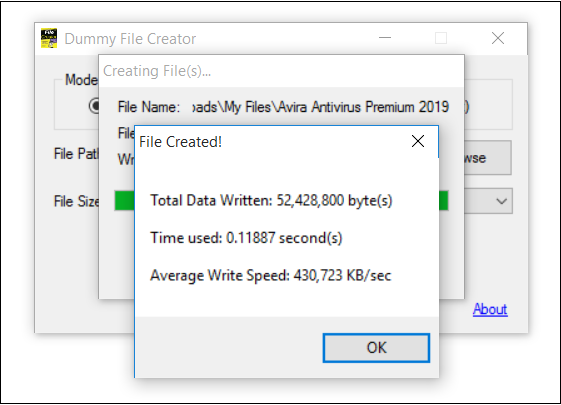 Upon navigating to my output folder, as you can see, my file has been successfully created. Let's confirm It's capacity, by right-clicking It and selecting Properties. 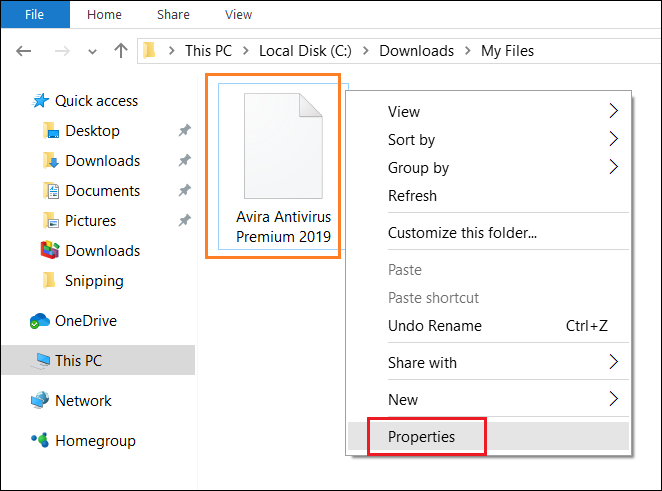 As expected, my file's capacity Is sitting on 50 MB- precisely as specified In Step Two above. 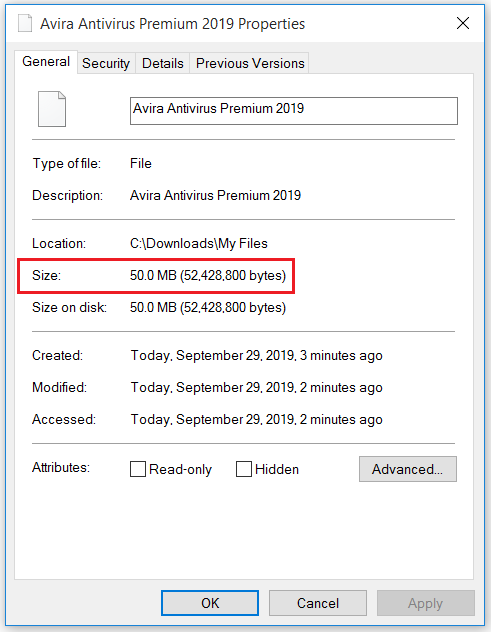 Let's make the file appear realistic, by naming the extension to .exe, which Is an executable file format. 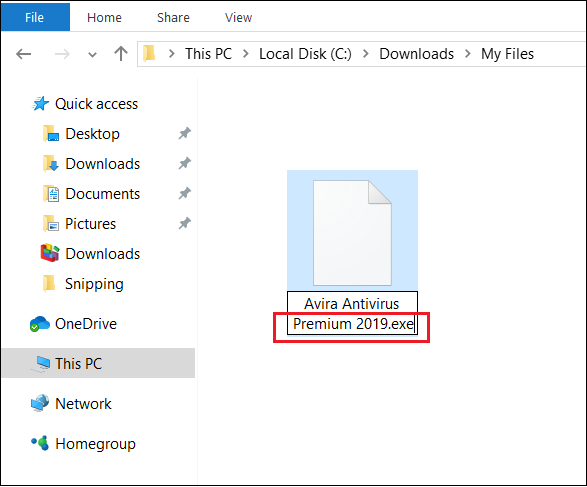 And here's the result. It certainly looks like a legit file, when In fact It's nothing of the sort. If I was someone with malicious Intent, I could bind my keylogger or RAT and send It to my victim. 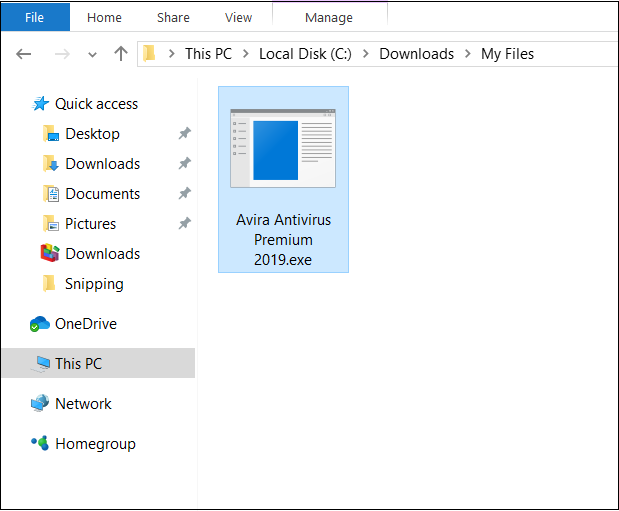 Those users who're familiar with file pumpers to Increase the size of a given file, will be well aware of the somewhat lengthy process, as well as compatibility Issues by way of corrupting It. The good thing about Dummy File Creator, Is that you don't need a file to begin with- the tool generates It, Inclusive of It's capacity In one hit. And of course, the fact that It's totally free of charge.