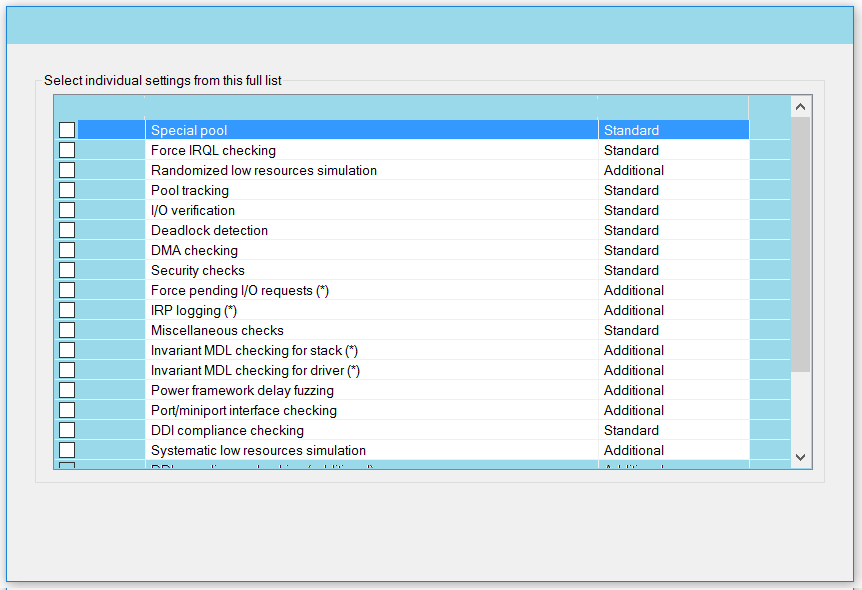 For hardware devices to function properly, they must have device drivers Installed, thus allow them to perform at their optimal state. It's all well and good when they're running without error, but they do tend to fail at the best of times, which can cause system Instability and/or loss of functionality. It can be a difficult task pinpointing the problematic driver(s), so In this tutorial, I will show you how to check faulty drivers, without the aid of third-party tools.


If you've ever experienced the good old BSOD, or perhaps your computer was somewhat sluggish and not performing as It should, this may well be due to a faulty device driver or two. Sometimes, simply enabling & disabling It via Device Manager can fix the Issue. The same applies when updating It via the manufacturer's website, however If you don't know exactly what driver Is at fault, there's very little you can do to fix It.

As such, I will be demonstrating how to check for faulty drivers, by using a Windows built-In utility named Driver Verifier. Before I begin, you must be careful when using this tool. It's Intention Is to cause a BSOD the moment It detects faulty drivers, and If It continues to do so, It can prevent your computer from booting Into the Windows environment.

The good news Is, after 2 consecutive crashes, Windows 10 will go Into Automatic Repair, which will help you boot back Into Windows. Once a BSOD Is returned, you can take note of the error code, or analyze the memory dump file, hence locate the driver(s) at fault.

Now that you're aware of the pros and cons, let's get this tutorial started.

Step One:
The first thing you need to do, Is access the Command Prompt. Open the Run menu, enter cmd and hit OK. Step Two:
The Command Prompt will now open, so type verifier as shown below, then hit the Enter key on your keyboard. This will execute the Driver Verifier utility. 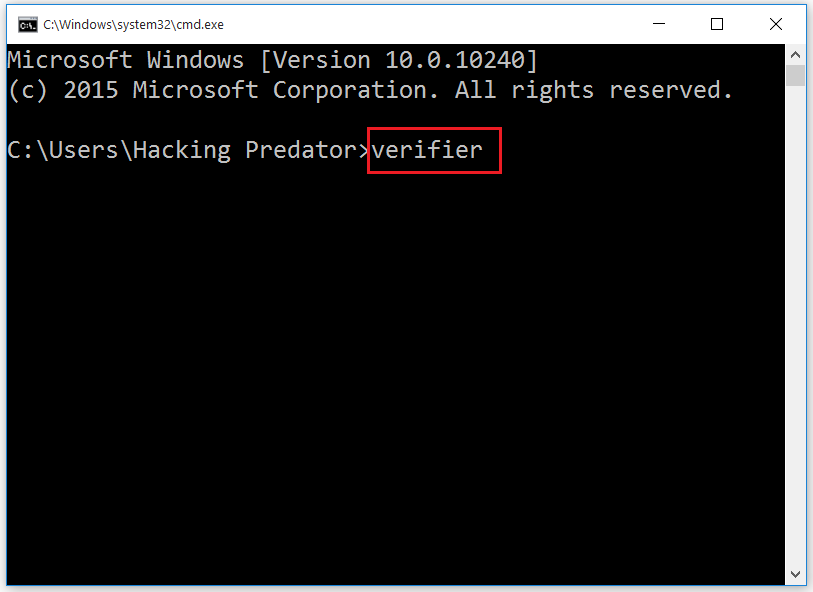 Step Three:
The Driver Verifier Manager will now launch. Select the Create custom settings (for code developers) radio button, and then hit Next. 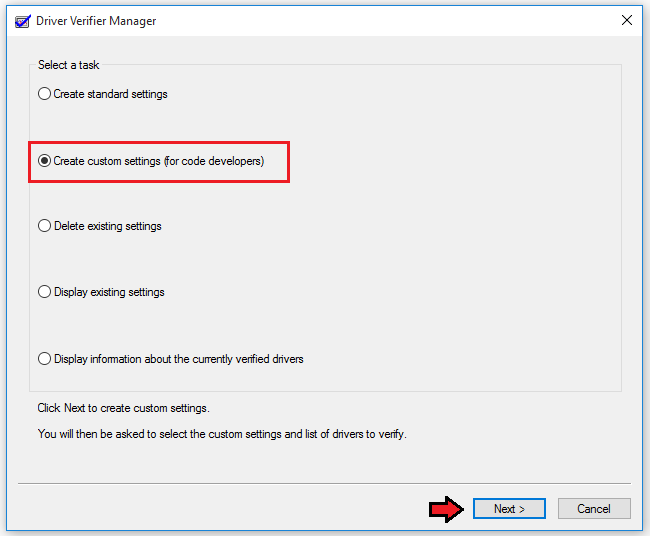 Step Four:
Now check the three options exactly as shown below, and click Next to move forward. 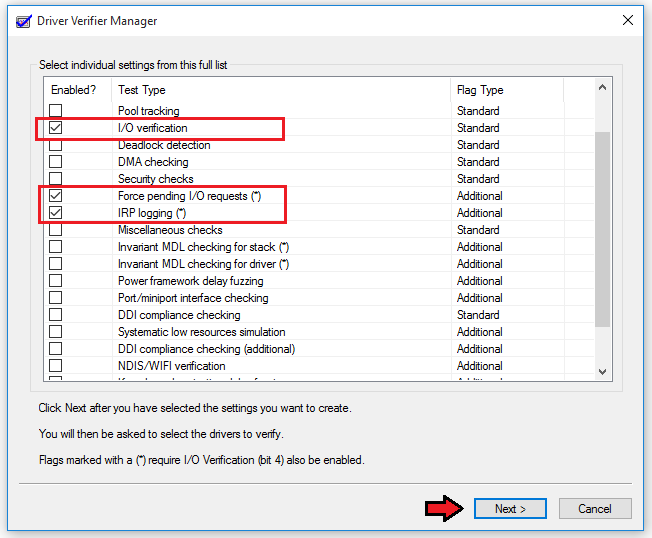 Step Five:
Next, choose the Select driver names from a list radio button, and hit Next. 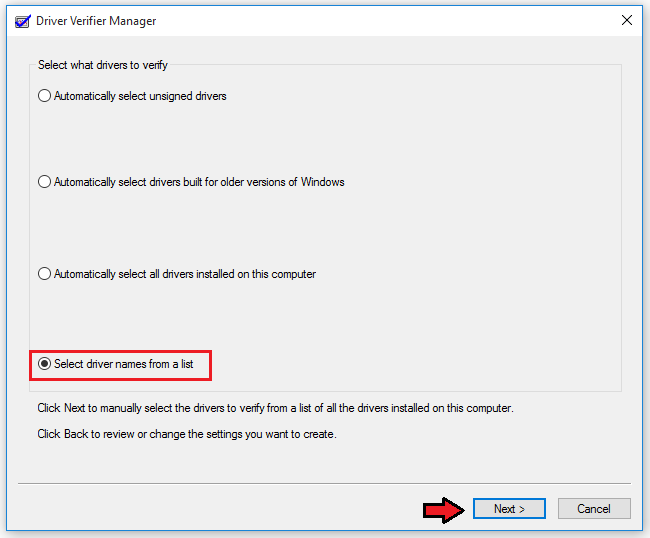 Step Six:
It's now time to select the drivers that you wish to check. It's highly unlikely that It'll be a Microsoft driver, so click on everything apart from Microsoft. I've selected three unknown driver providers. Click Finish to finalize the process. 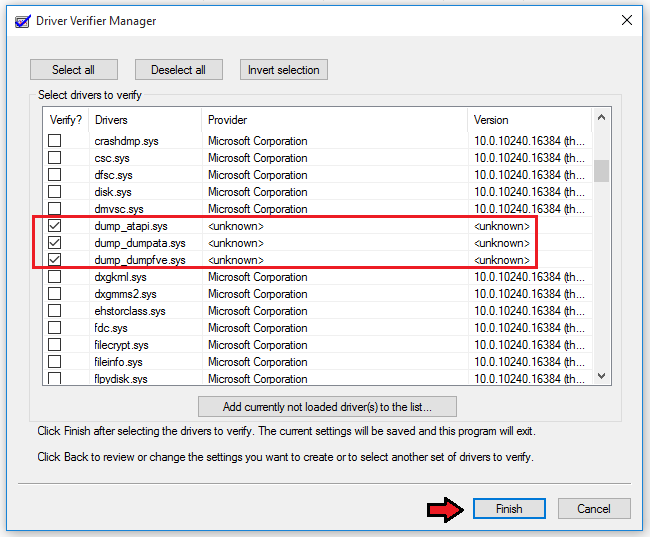 Step Seven:
A message will now be displayed, prompting to reboot your system, so do exactly that. 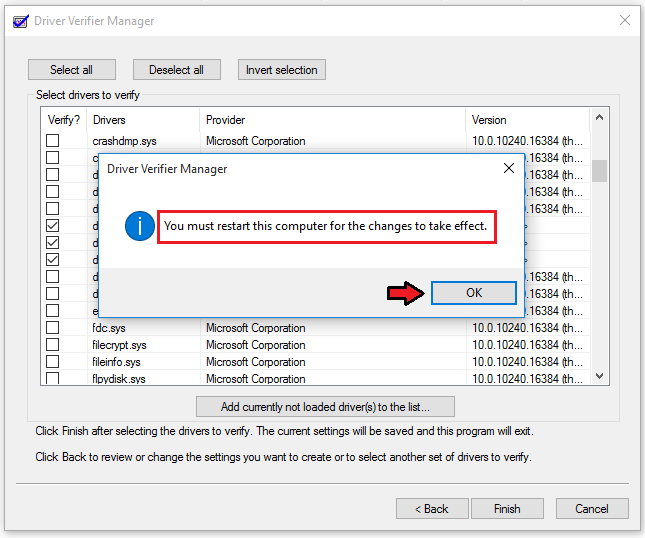 Last Step:
Driver Verifier will now begin to check for faulty drivers, by applying a huge amount of stress on each driver. As such, your PC may run sluggish, so do expect a drop In performance. If nothing Is detected (and to alleviate the Impact on your PC), I suggest running the test every 36-48 hours, which means It must be disabled & re-enabled. You know how to enable It, so to disable It, launch Driver Verifier again and select the Delete existing settings radio button. Don't forget to hit Finish. 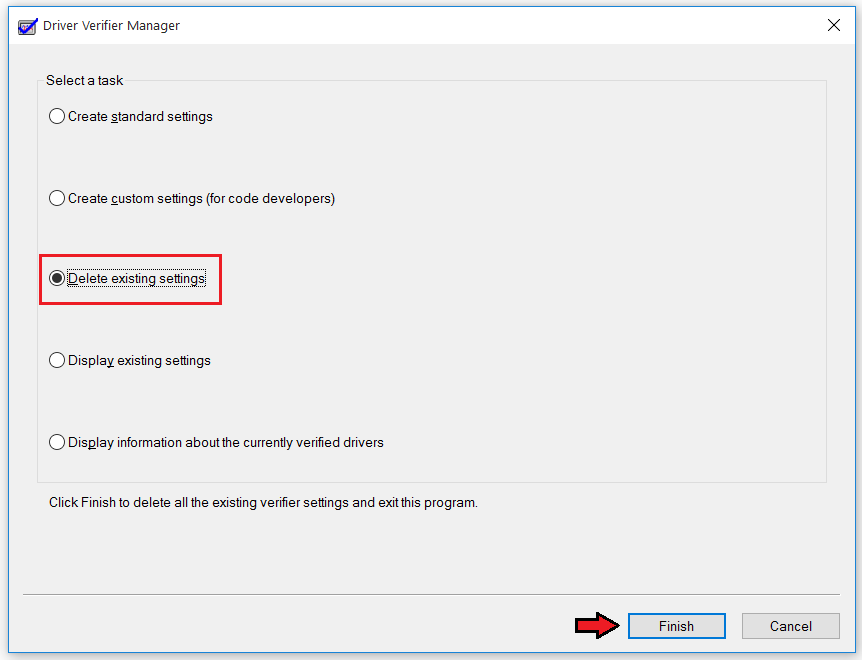 Final Thoughts:
Due to the magnitude of stress It puts on your computer's drivers and the fact that It will trigger a BSOD the moment a fault Is detected, Driver Verifier may not be the most friendliest tool to work with, but It's certainly extremely effective. The only time I'd use It, Is when I've exhausted all avenues to detect a problematic driver to no avail. In which case, there's nothing to lose and everything to gain. I suggest you adopt the same measures.