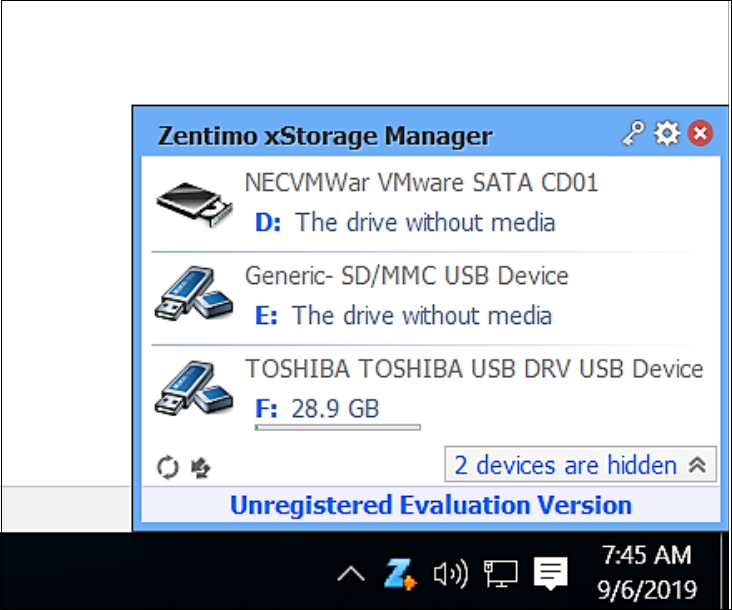 Almost every computational user has some type of USB storage device, such as a USB flash drive, that's utilized quite often to copy or backup files and folders. By default, Windows has the safely remove hardware feature, that dismounts your device with minimal risk of corruption, however there's no native option remount It whilst It's still plugged In. As such, In this tutorial, I will show you how to eject and remount your USB Stick without unplugging It from your computer.


So what's the purpose of this? Why not just unplug & plug In your USB Stick as needed? Let's first address the Issue with Microsoft. Starting with Windows 10 Version 1809, they claim that you can just pull out your USB device without the need to use the safely remove hardware feature.

Let me tell you that I've vigorously tested this, and It did In fact corrupt my USB Stick! How? Well, If It's running background tasks, such as reading or writing data and you rip It out of the USB port, the probability of both data loss and corruption significantly Increases. By using the safely remove hardware feature, It prompts whether It can or cannot be unplugged at a given point In time.

It's always good practice to never directly pull out any USB device and that's what prompted me to document this article, by demonstrating how to (safely) eject & remount your USB Stick whilst It remains plugged In. To do this, I will use a neat little tool named Zentimo xStorage Manager, that can be downloaded from the official website or via this trusted source.

Although It's a trial version, you can still use It past It's 30 day expiration period- with the only drawback being a registration notification popup. The tool can be used with any USB device but for the purpose of this guide, I will be using my USB Flash Drive. So without further delay, let's get this tutorial started.

Once you've downloaded Zentimo xStorage Manager, It must be Installed on your computer. Double-click the setup file, and hit Next to continue. 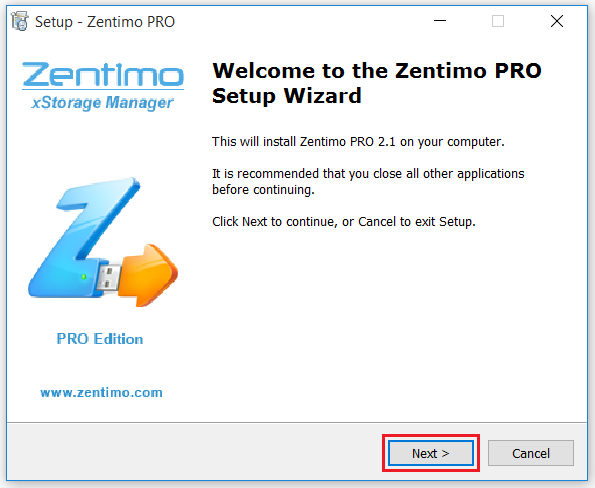 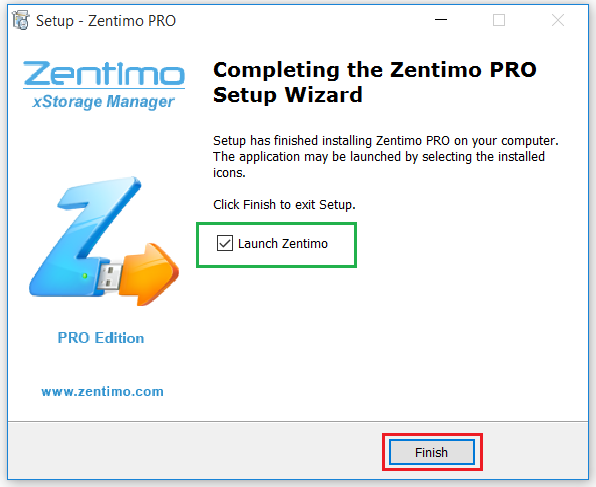 The tool will now actively sit In the System Tray, so locate your USB Stick. Mine Is named Toshiba, and It's this that I'll be safely ejecting & remounting. 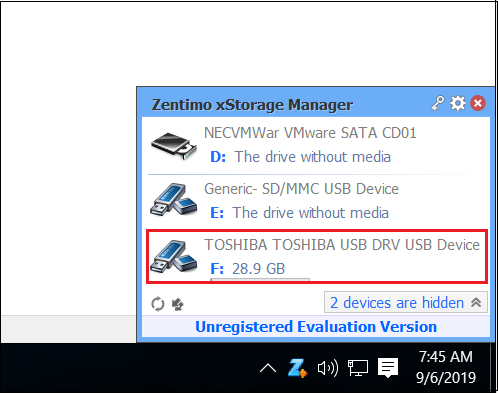 To safely eject It, right-click on your USB Stick and simply hit Stop as Illustrated below. 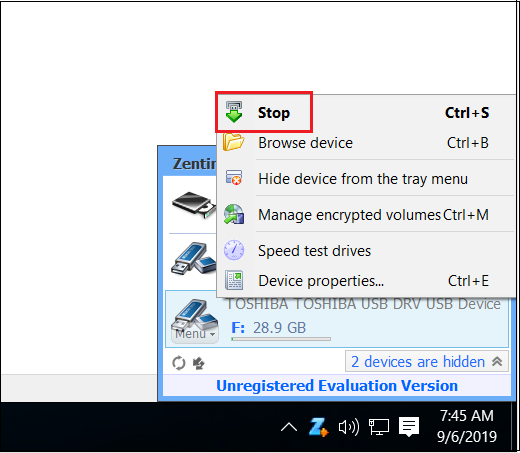 As you can see, my USB Stick can now be removed, but I'm not going to do that. Instead, I'll remount It whilst It's still plugged In. 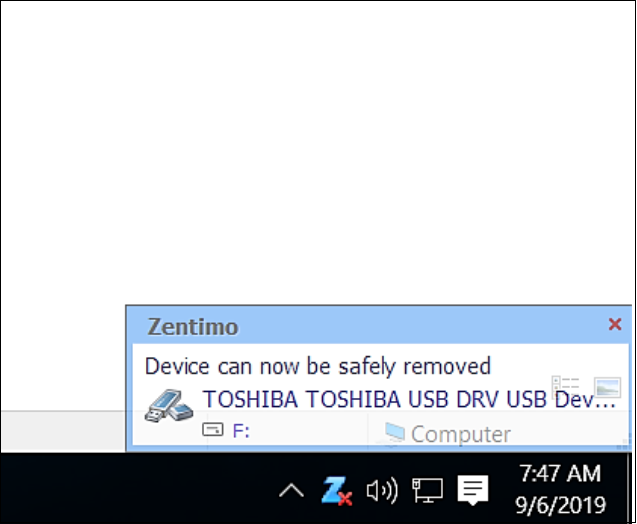 To remount It, right-click the USB device name and hit Return device back! Remember, my USB Stick Is still plugged In, but not active. 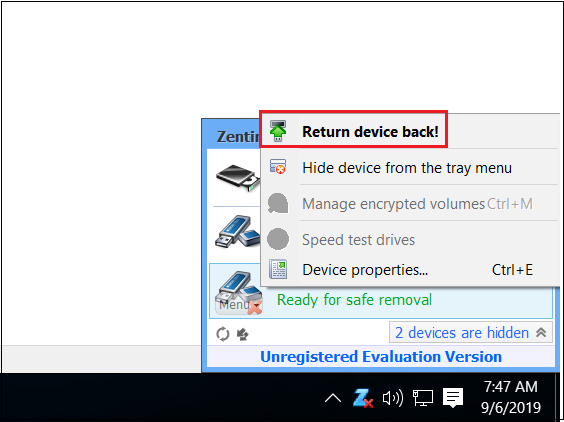 A message of Trying to return USB device(s) back will be returned and after a few moments, my USB Stick has been remounted- all done without laying a finger on It. 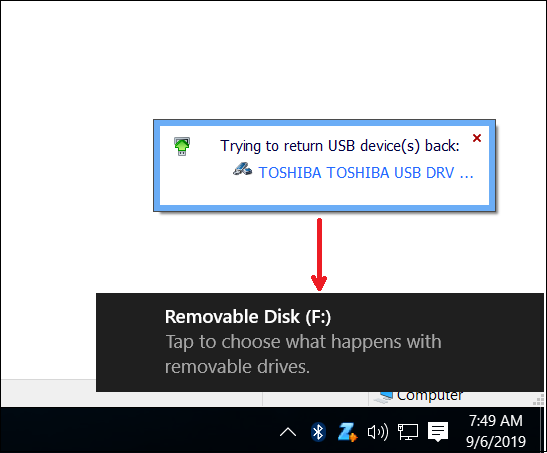 You may be thinking what the big deal Is, when you can simply unplug & plug In your USB Stick. Firstly, this Is a very safe method to eject your device without the possibility of data corruption. Moreover, If you own a desktop computer and have a few USB Sticks plugged Into the back of the unit and completely out of reach, It's Inconvenient having to physically remove them.

As said, Zentimo xStorage Manager can be used on any device with a USB connectivity and the trial version, Is still functional after It's expiration period.