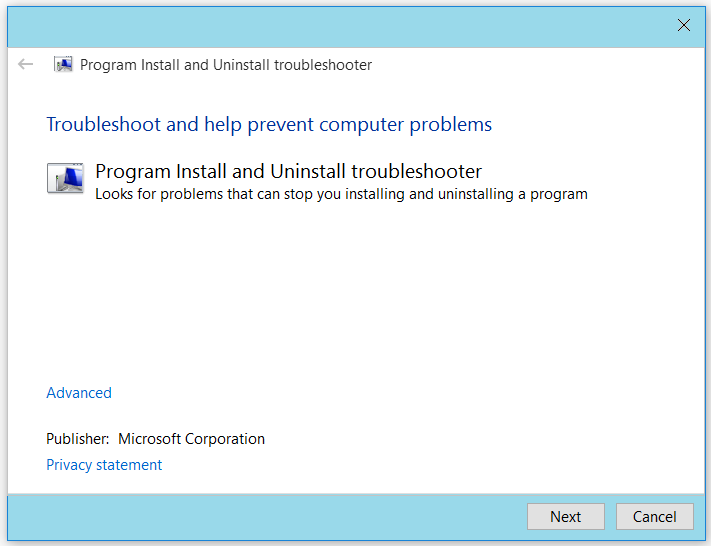 Upon first purchasing your computer, one of the first things you do, Is begin to Install your favorite programs and applications. As time moves forward, so too does the need to add newer versions that're released by the developer and as such, the older application(s) must first be removed. However, not everything always goes according to plan, hence some apps refuse to uninstall. In this tutorial, I will show you how to uninstall stubborn applications by using a Microsoft uninstall tool.


There are many third-party tools, that In fact do the job quite well when removing applications from your computer, Inclusive of all remnants located on the hard disk and In the Windows Registry. That being said, they do tend to fail at the best of times.

One tool that I'll be demonstrating, namely the Microsoft Install and Uninstall troubleshooter, Is very Impressive In removing stubborn programs & applications that cannot be uninstalled via the conventional method In Control Panel.

The tool Is completely free, and can be downloaded from the official website. It's very user-friendly, and gets the job done In a flash. So without further delay, let's rip Into this tutorial.


Step One:
Once you've downloaded the Microsoft Install and Uninstall troubleshooter, here's what to expect as per the Image below. It's completely portable, therefore no need to Install It, so simply double-click It. 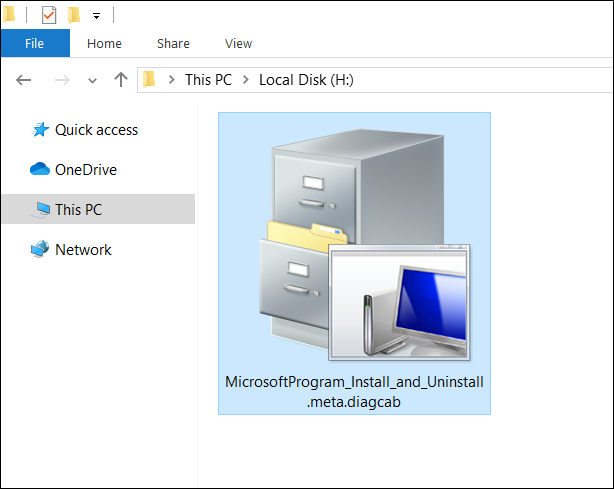 Step Two:
The troubleshooter will now execute, so hit Next to move forward. 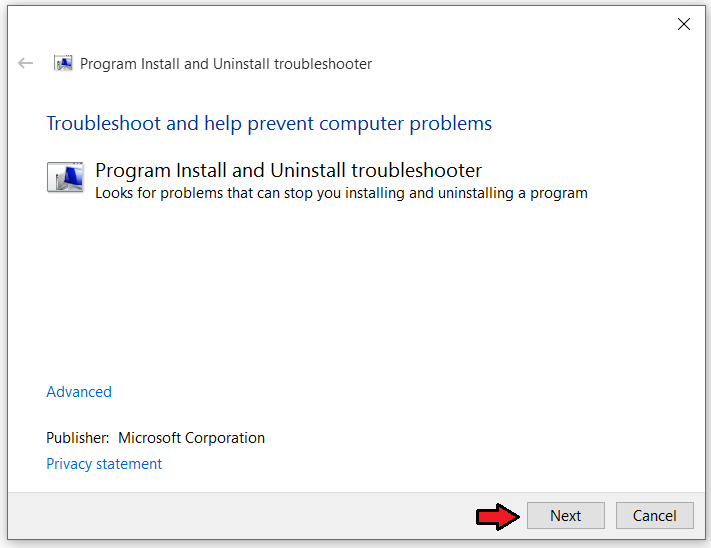 Step Three:
It will now ask whether you're having Issues with Installing or uninstalling, so select Uninstalling as shown below. 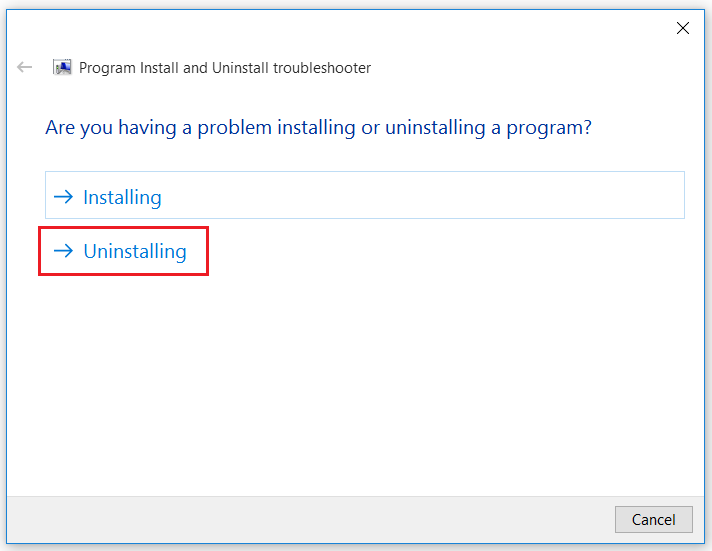 Step Four:
The tool will now display the Installed applications on your computer, however, some programs may be missing from the list. This was the case with one particular application on my PC, so I've selected the Not Listed option. If yours Is there, simply select It and move forward. Don't forget to hit Next. 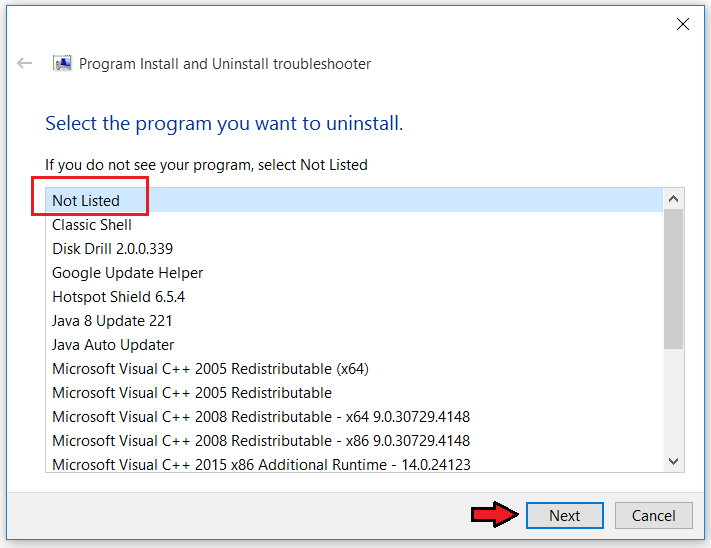 Step Five:
It's now asking to enter a Product Code, relative to the application that will be uninstalled. We'll take care of this In the next step. 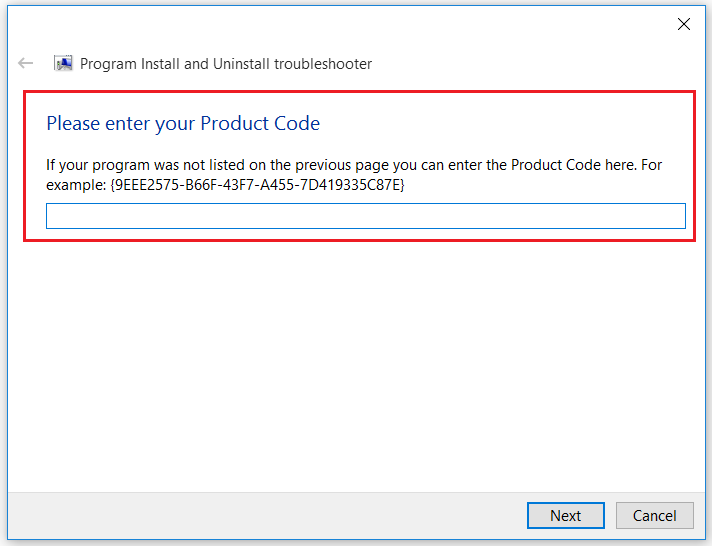 Step Six:
To obtain the Product Code, open PowerShell and enter the following command. This will display a list of Installed applications. 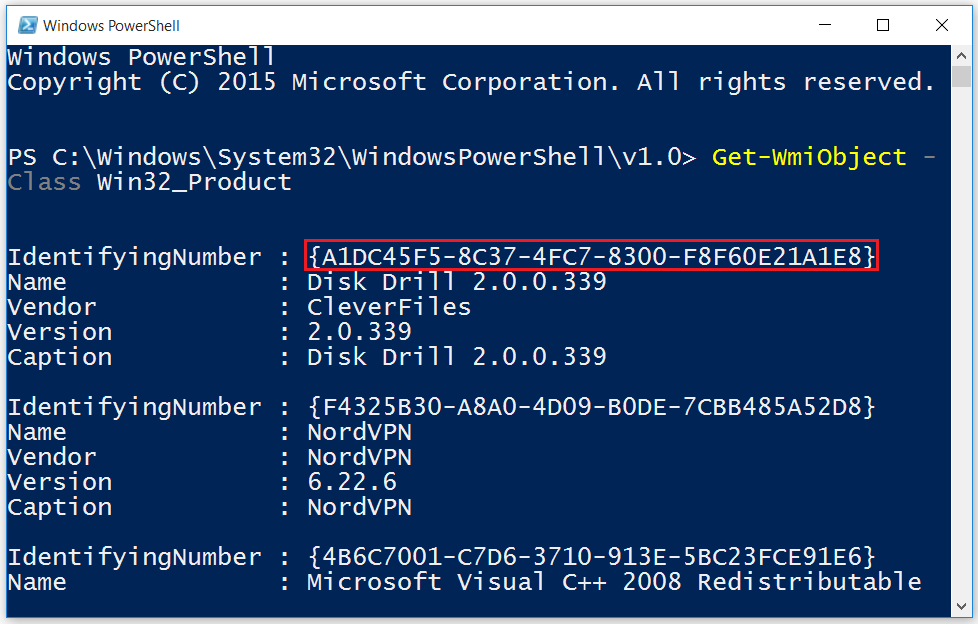 Step Seven:
Going back to the tool, I've entered the Identifying Number In the Product Code field and hit Next. 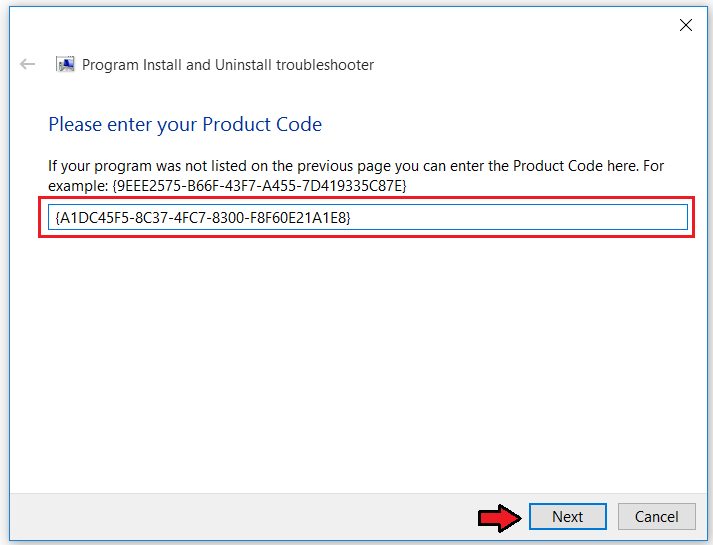 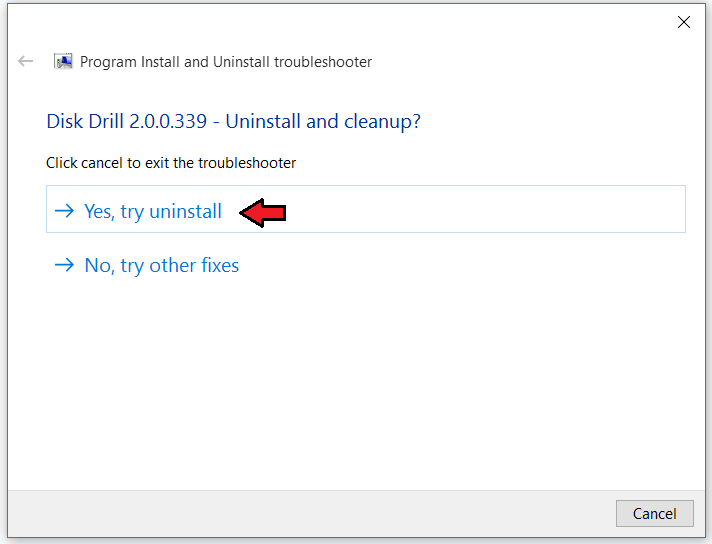 Step Nine:
It's now attempting to uninstall my application, so patience Is a must. 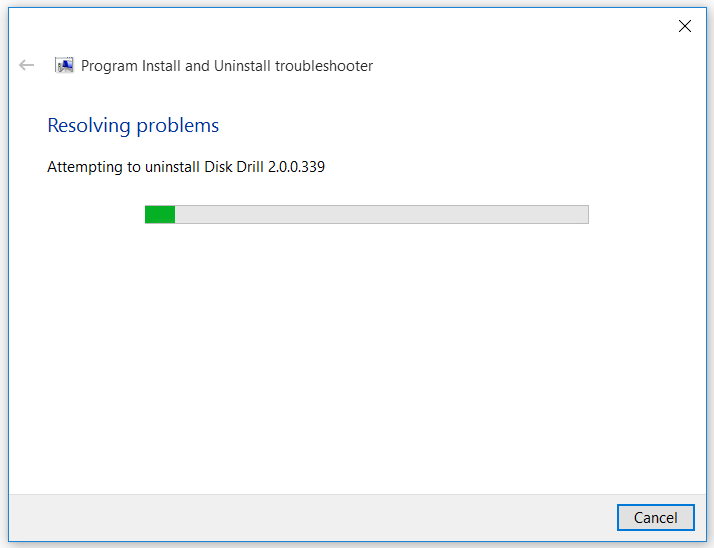 Step Ten:
Success! As you can see, the tool uninstalled my application named Disk Drill. This Is confirmed by Fixed as arrowed below. 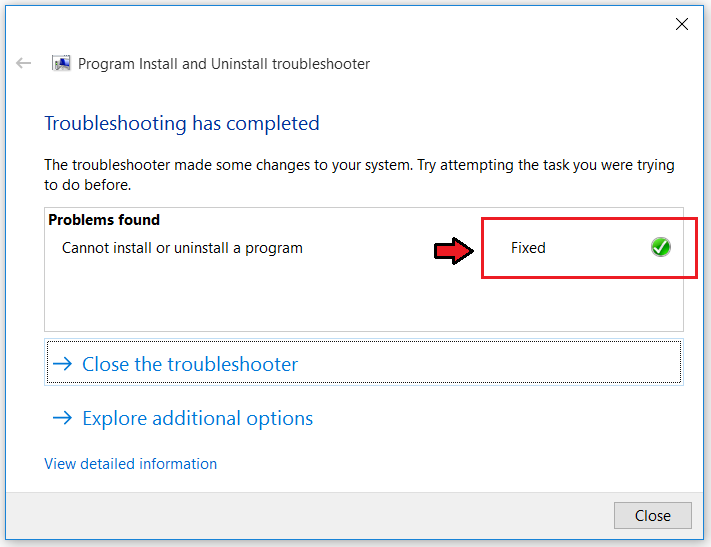 Step Eleven:
Let's make sure It has been removed. In Control Panel's Uninstall a program setting, here's my application before performing all the above. 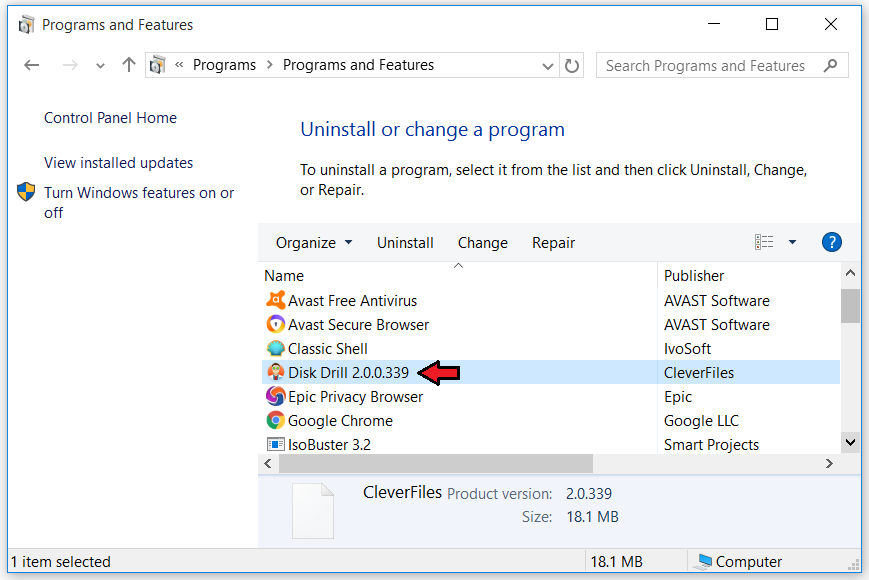 Last Step:
And here's the result after running the Microsoft Install and Uninstall troubleshooter tool. As you can see, my application named Disk Drill Is no longer listed, hence uninstalled. 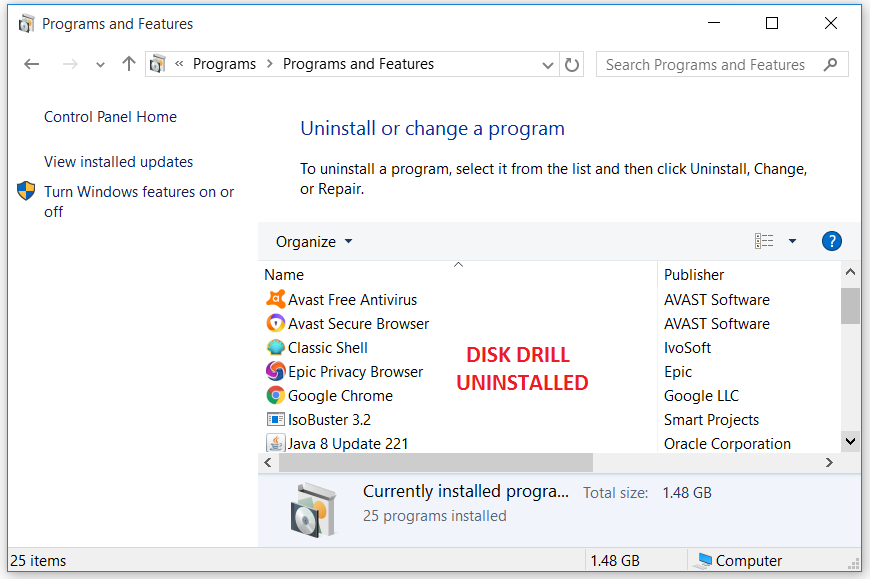 Final Thoughts:
As with every tool of this nature, there's no guarantee that It will In fact remove each and every application from your computer. But In my case, Disk Drill failed to uninstall via both Control Panel and the Apps & features settings, and the Microsoft Install and Uninstall troubleshooter tool certainly took care of the Issue. It's good practice to keep the tool on hand- you never know when you may need It.