How To Take A Snapshot Of Your PC And Rollback 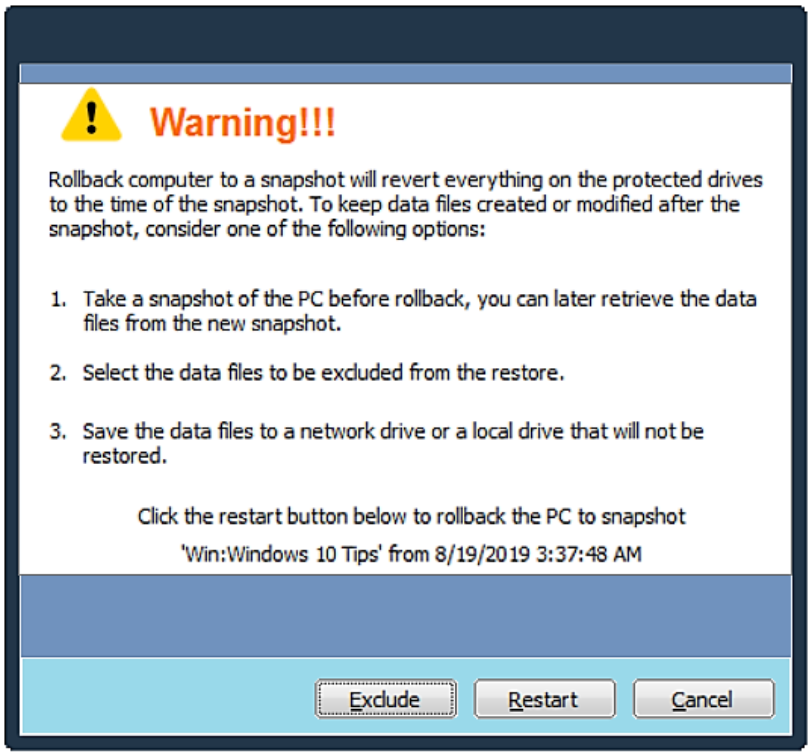 The fact Is, computers are far from being perfect In every aspect, and the more activity you perform such as downloading, Installing and executing an array of applications, the greater the chance of corruption. The last thing you need, Is to lose Important files due to a system crash, or a nasty virus Infecting your PC. As such, In this tutorial, I will show you how to take a snapshot of your computer and rollback to a previous (working) state.


It's of the utmost Importance to backup your sensitive files that're stored on your PC to an external device, such as a USB flash drive, however some users become complacent with their computing habits and don't bother with It at all. What If your computer crashes and you lose your critical files? Or It's been hit with malware that's Infected your Irreplaceable family photos?

As a safeguard, I will demonstrate how to take a snapshot of your PC, whereby you can rollback to It at any point In time. So what Is a snapshot? In simple terms, It records the exact state of your computer, Inclusive of applications, files & folders, configurations and settings. If you happen to lose your files, you can then revert to the snapshot, and your PC will be restored to that particular point.

To do this, I will use a neat little freeware tool named RollBack Rx Home, that can be downloaded from the official website. It does more than just take snapshots, but for the purpose of this tutorial, I'll only focus on that. So without further delay, let's get this started.

Once you've downloaded and Installed the tool, you must reboot your PC. Be sure to click the Restart now checkbox, and then hit Finish. Just prior to booting Into the Windows environment, It will perform an update, so be patient until completion. 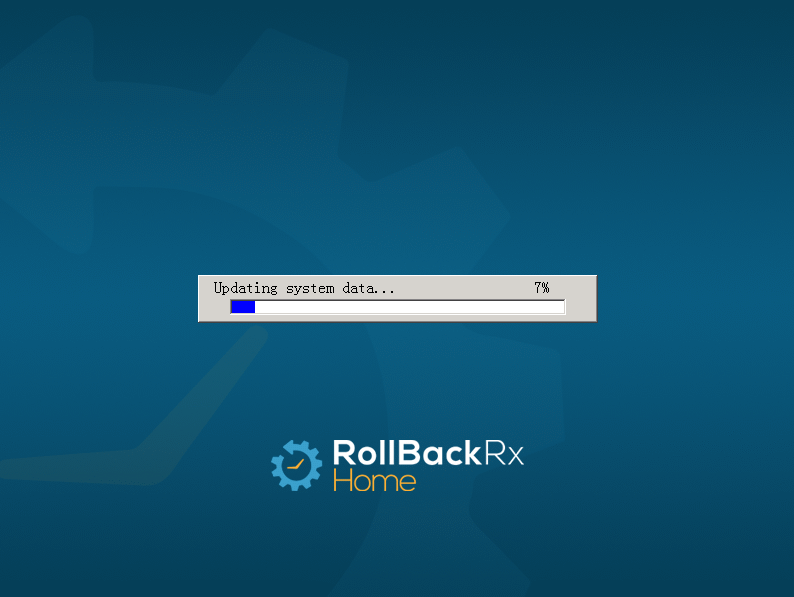 When your operating system Is fully loaded, open RollBack Rx Home, and click on Snapshots as outlined In red below. 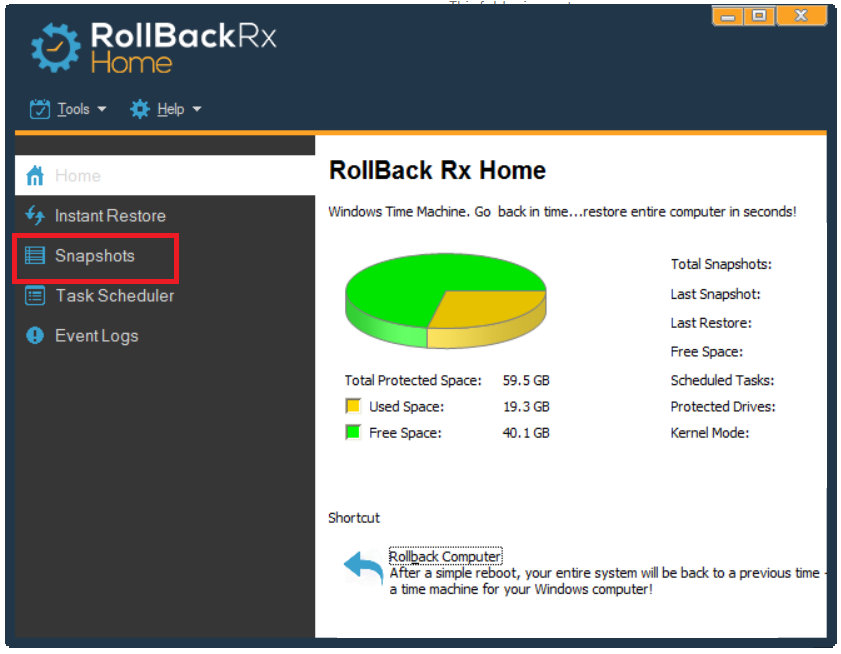 If your PC Is functioning without any form of Instability or loss of functionality, It's now time to create a new snapshot by clicking on that very button (New Snapshot). This will record your computer's current state. 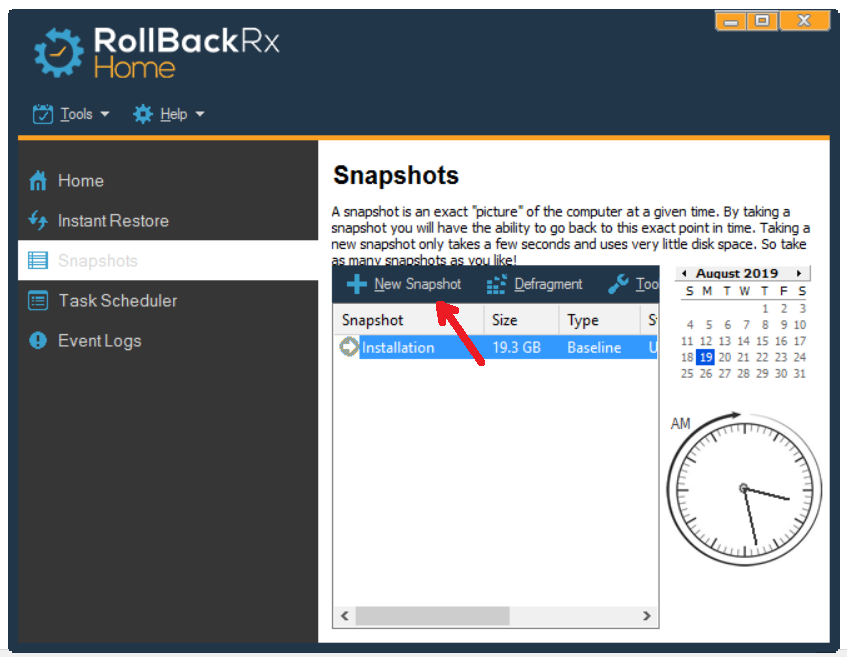 Now enter the name & description of your snapshot. It can be anything you like. I've simply named mine Windows 10 Tips, and entered a date of when the snapshot will be applied. When you've entered your details, hit Next. 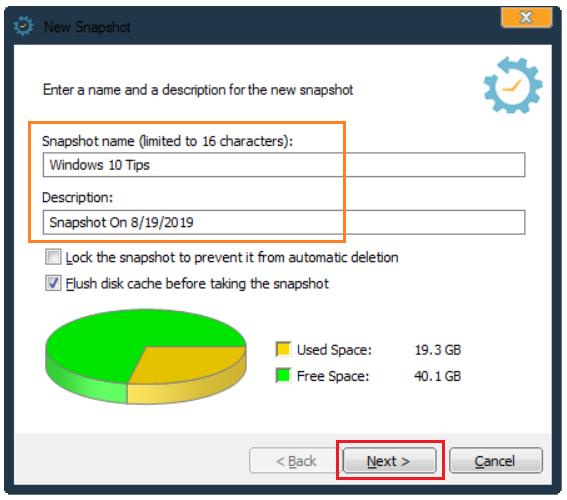 The tool will now take a snapshot of your computer's current state. On completion, It will display a message, saying that the snapshot was created successfully. Hit Finish to finalize the process. 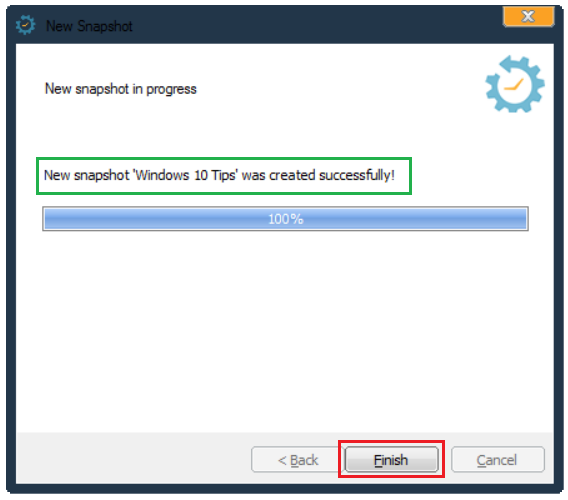 If (for example) your computer corrupts or Is Infected with a virus, open RollBack Rx Home, right-click on your snapshot and select Rollback. This will take your PC back to when It was functioning without error. 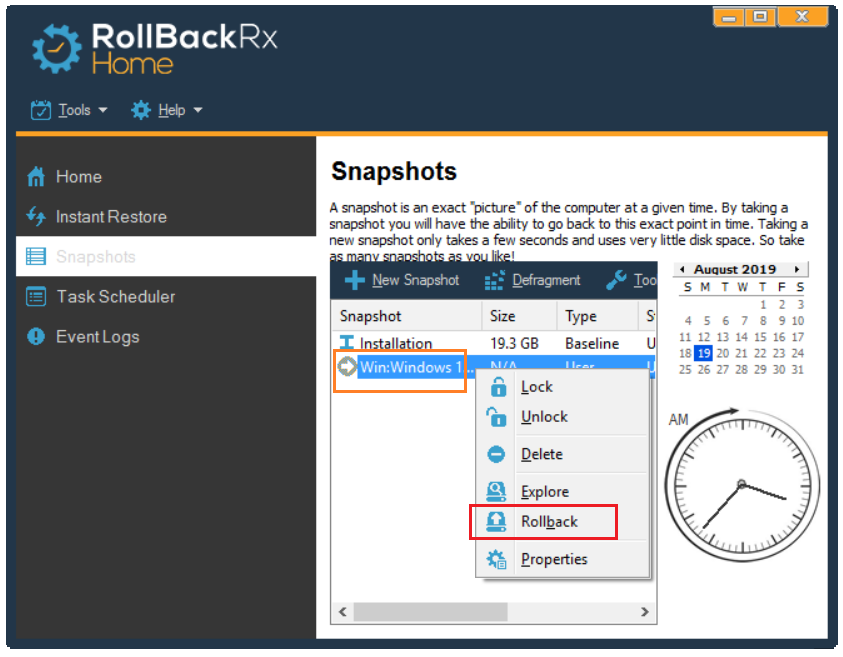 A warning message will be displayed which Is perfectly normal, so simply click the Restart button. 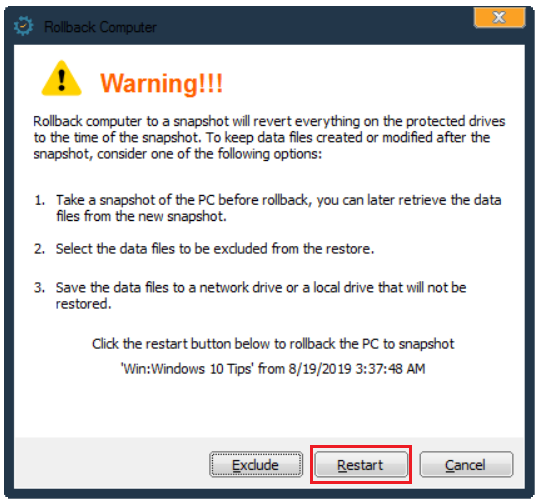 You PC will now restart, and the tool will begin to load the snapshot from the previous state. In my experience, It shouldn't take any longer than a couple of minutes. 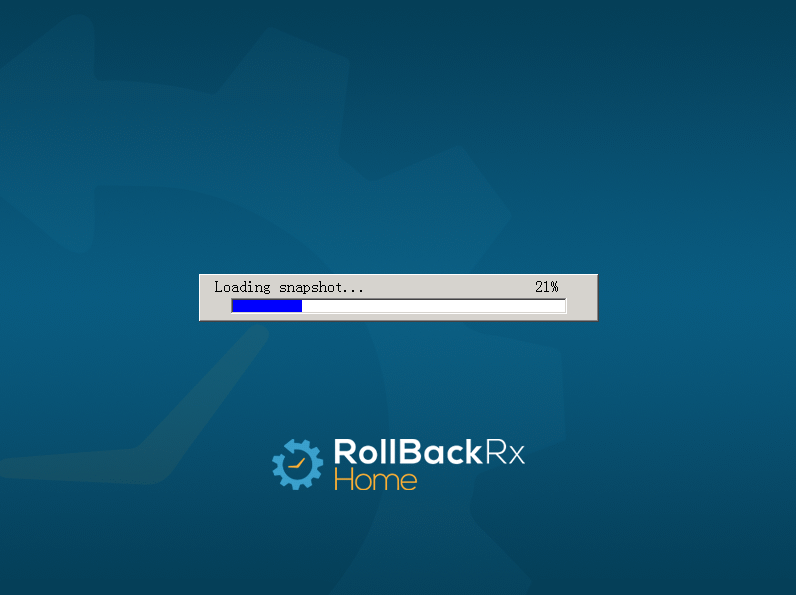 On completion, It will successfully boot Into the Windows environment. As you can see, a message Is displayed saying that the computer has been rolled back to an earlier time. 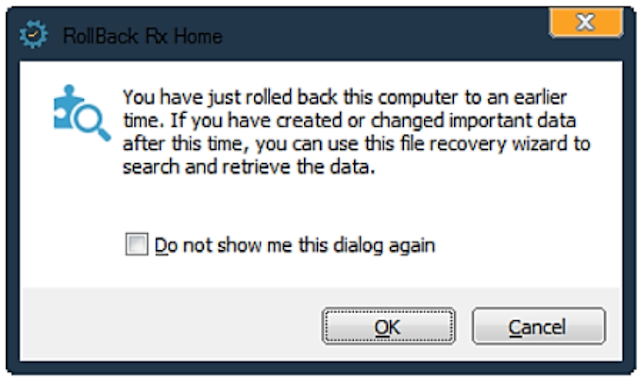 Without question, RollBack Rx Home serves It's purpose extremely well In restoring your PC to a previous functional state. Given changes are Inevitably applied during your computational tasks, It's good practice to periodically create snapshots, and name them according to your computing environment at the time. Obviously, the snapshots must be created when your system Is malicious-free and running at It's optimal state.