How To Encrypt Only A Single File In Windows 10 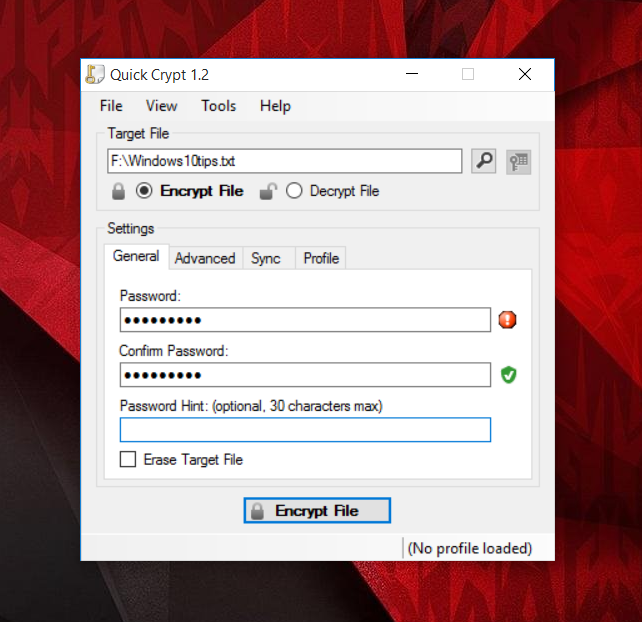 There are countless encryption software available on the net, with many offering more features and encryption algorithms than others, and vice versa. Whilst they do the job well In fulfilling their objective, not too many allow you to encrypt a single file. For Instance, BitLocker that's native to Windows, only encrypts drives and volumes. As such, In this tutorial, I will show you how to password-protect and encrypt a single file.


Everyone's computing usability differs to some degree, and not all users who protect their data that's stored on their PC, wants the entire drive or partition encrypted. For example, If you have one file containing your online login credentials, why password-protect and encrypt the whole hard disk?

That's where a tool named Quick Crypt, comes Into action. It allows you to encrypt a single file, or as many as you wish- all performed Individually. It makes perfect sense to only protect files that need It, hence my reason In documenting this tutorial. You can download Quick Crypt from a very reliable source here. So without further delay, let's get this tutorial started.


Step One:
Quick Crypt, Is a portable tool, thus no need to Install It. Once It's executed, here's a visual of what to expect. 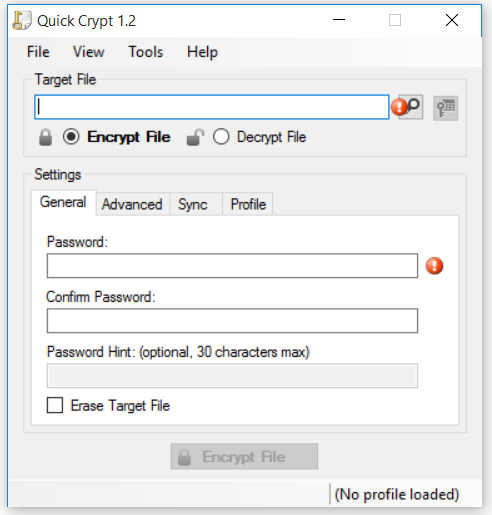 Step Two:
Firstly, click the Encrypt File radio button, and browse the directory of the file you wish to encrypt. Then, enter your password as shown below. 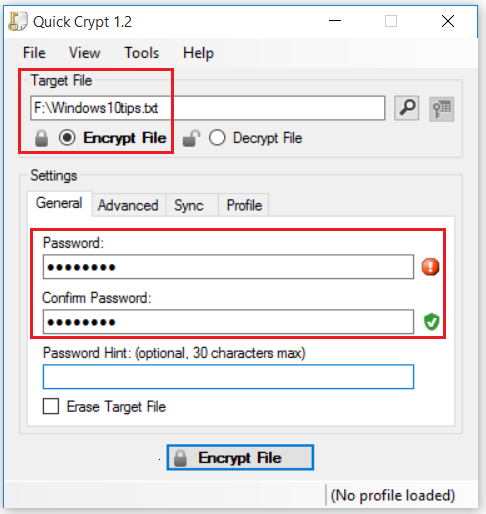 Step Three:
Upon selecting the Advanced tab, you can set the encrypted file to expire, by entering a specified number of days. If It expires, It cannot be decrypted. This Is a very handy feature to fully protect a sensitive file. 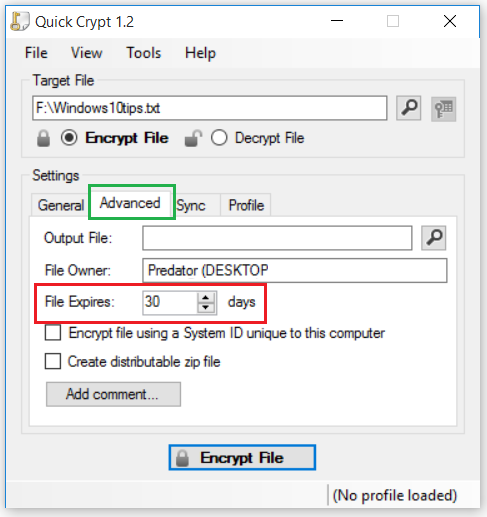 Step Four:
You're now ready to start the encryption. After clicking the Encrypt File button, a message will be displayed pertaining to the above discussion. Simply hit Yes. 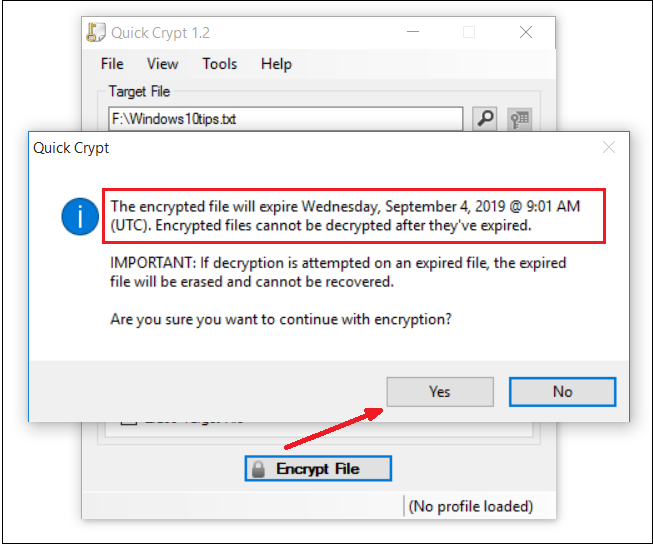 Step Five:
The tool will analyze and begin the encryption process, so be patient whilst It performs It's task. 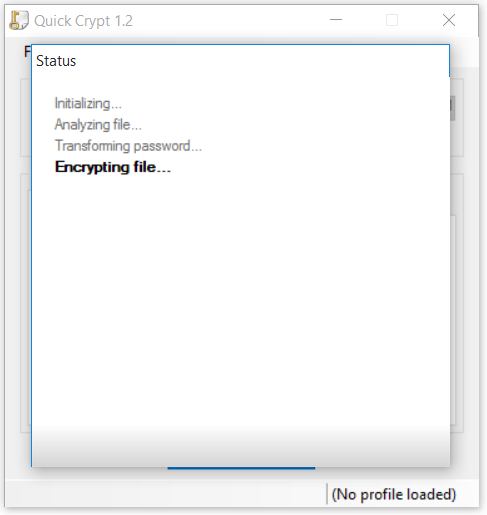 Step Six:
On completion, a message of File encrypted successfully! will be returned. Hit Close to exit the tool. 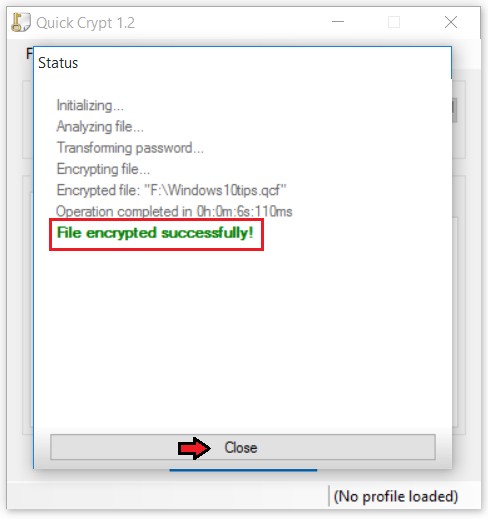 Step Seven:
And here's the result of my encrypted file. As you can see, It carries a .qcf extension, that cannot be opened with any other tool. 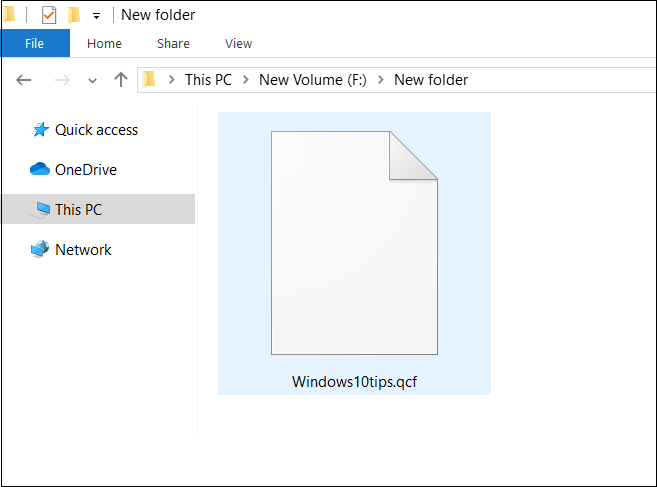 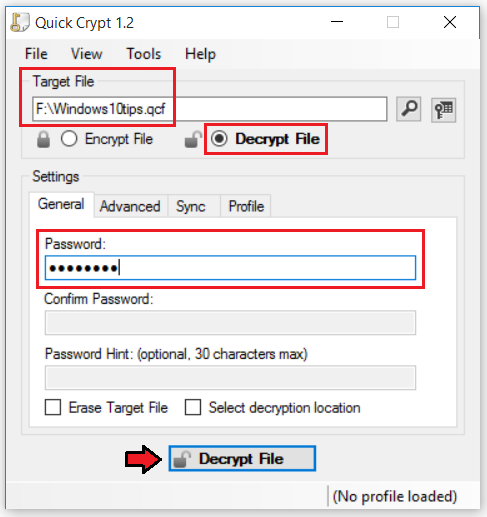 Step Nine:
A message of File decrypted successfully! has been returned, thus It completed without error. I can now view my file as per It's normal state. We'll have a look at It In the next step. 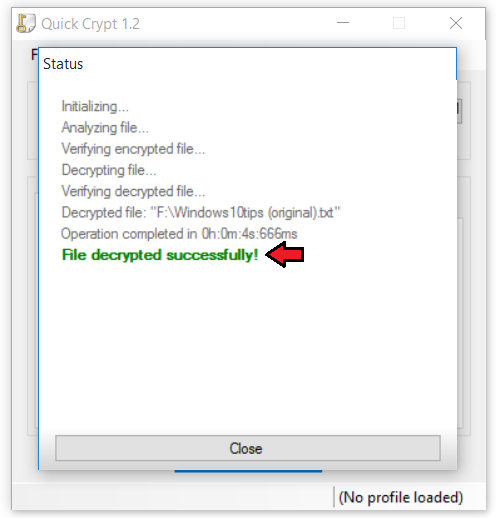 Last Step:
The tool has added (original) to my file's name, meaning It's back to It's original state, and can be accessed & viewed normally. 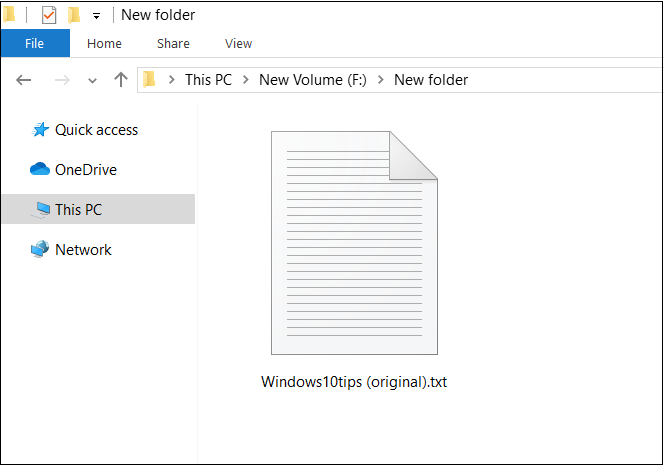 Final Thoughts:
This may seem like a lengthy process, but It only takes around a couple of minutes or so to both encrypt and decrypt a given file. The good thing about this tool, Is the fact that you can set the encrypted file to expire, as mentioned In Step Three above. Be sure to remember your password. If you don't, the file cannot be decrypted.