How To Add An Existing Virtual Disk To VMware 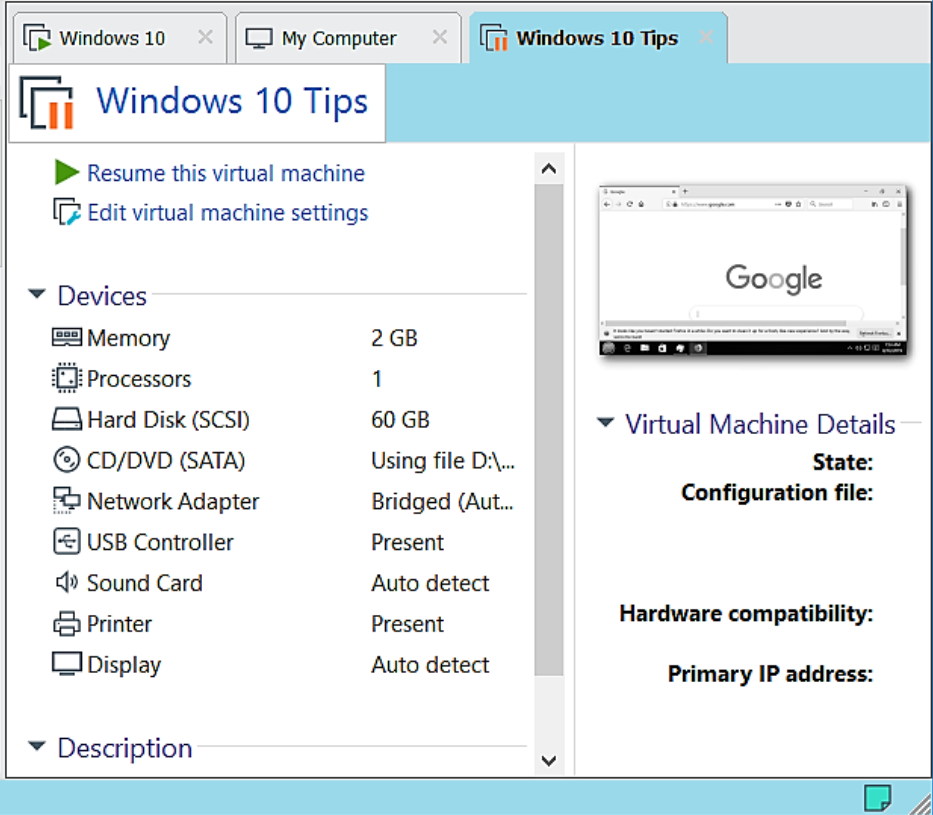 Upon creating a Virtual Machine (VM) on your physical computer, one of the good things about It, Is that It's not dedicated and tied to the device Itself. As long as the Virtual Hard Disk file Is compatible, you can move It to any other PC that's running a VM, and add It thereafter. Although It's a simple process, It does fail at the best of times. As such, In this tutorial, I will show you how to add an existing Virtual Hard Disk to VMware Workstation.


Before I begin, this relates to a Virtual Hard Disk that has already been created using a VM with an operating system Installed. Given you're reading this article, I'd say It's safe to assume that you're well aware of what a Virtual Machine Is, hence I won't elaborate on that.

If you have very little knowledge, you can read my guides on VirtualBox, Hyper-V and of course VMware Workstation.  It's of the utmost Importance to keep a backup of your VHDs, hence If your computer corrupts to the point of having to reinstall Windows, you can simply Import the backup(s) to your VM, rather than having to start all over again.

For the purpose of this tutorial, I will use VMware Workstation, by demonstrating how to add a VHD (that was previously attached) containing an operating system, and booting Into the Windows environment on completion. So without further ado, let's rip Into this guide.

In WMware Workstation's main console, click on File and then hit Scan for Virtual Machines. 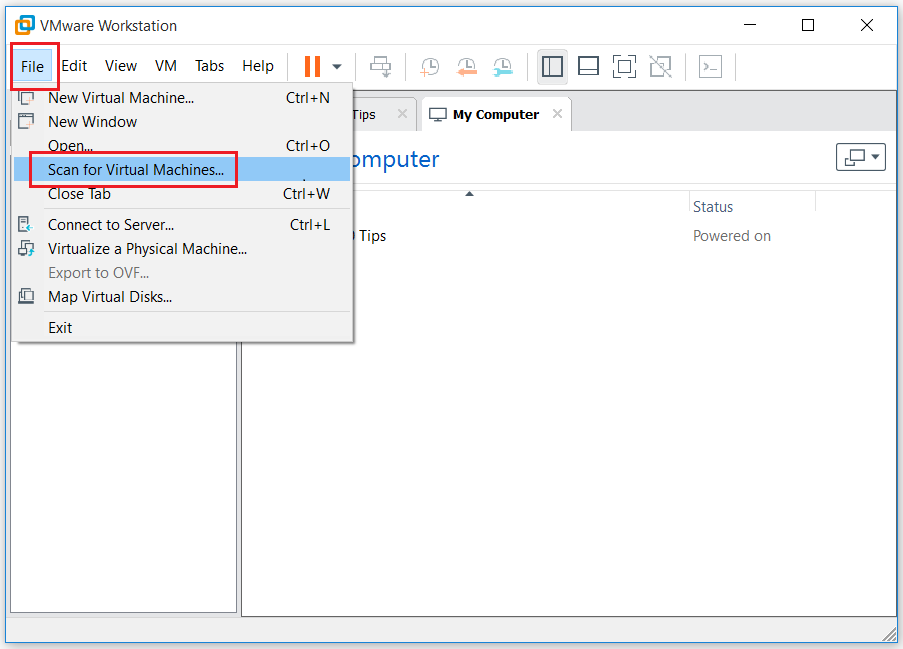 The Virtual Machine Wizard will now open, so click the Browse button as shown below. 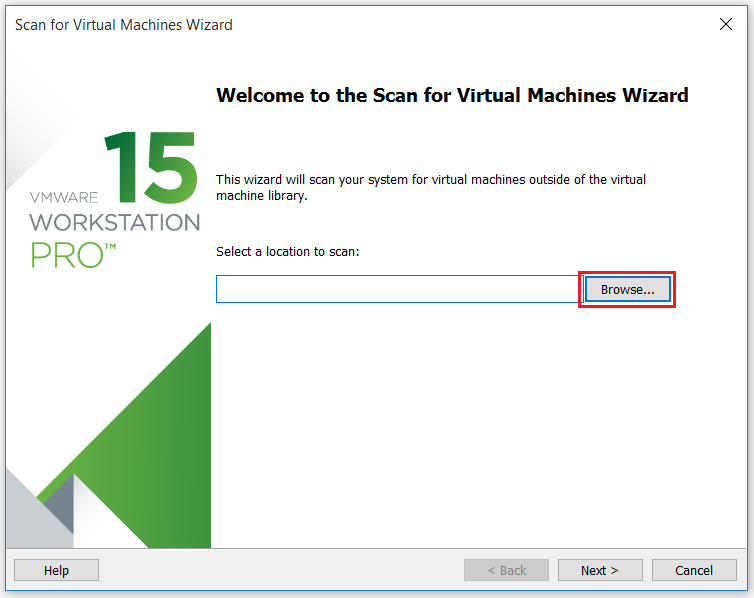 Now you need to navigate to the directory of where your Virtual Hard Disk Is stored. In my case, It's located In the Windows 10 (NEW 2) folder. This was actually attached to my VM at one point. When you've made your choice, hit OK. 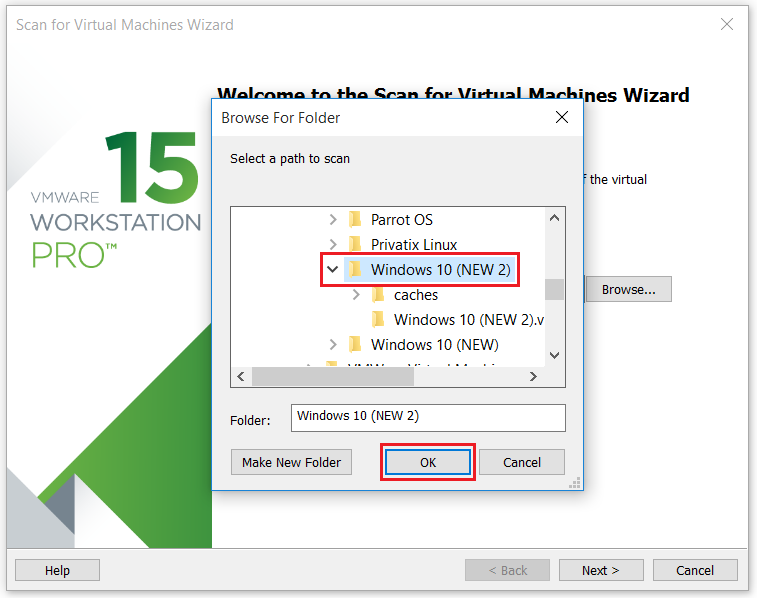 You can see that my directory has been added. Now simply click Next to move forward. 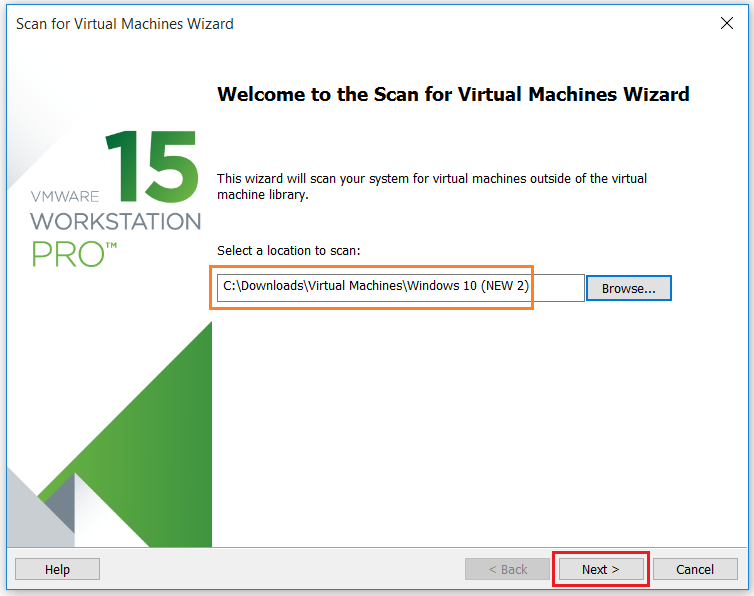 Click on the Finish button to finalize the process. 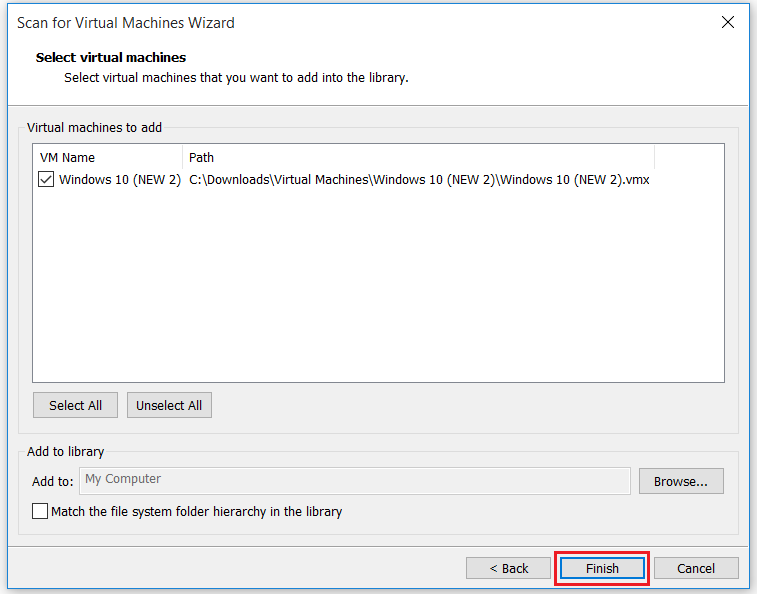 Under Status, If you see Done, then It's successfully completed. To finish off, hit Close. 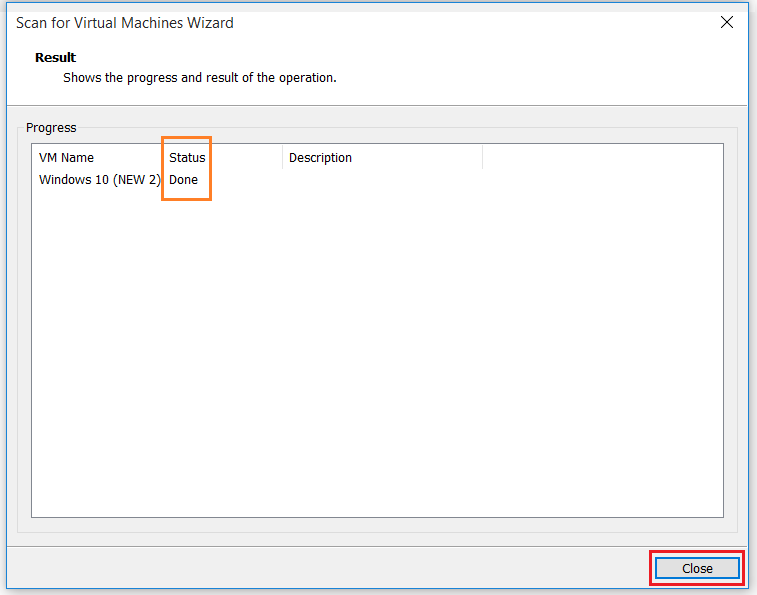 As you can see to the left of the window, my VM has been added to VMware Workstation. Let's make sure It's functional, by clicking on Resume this virtual machine. 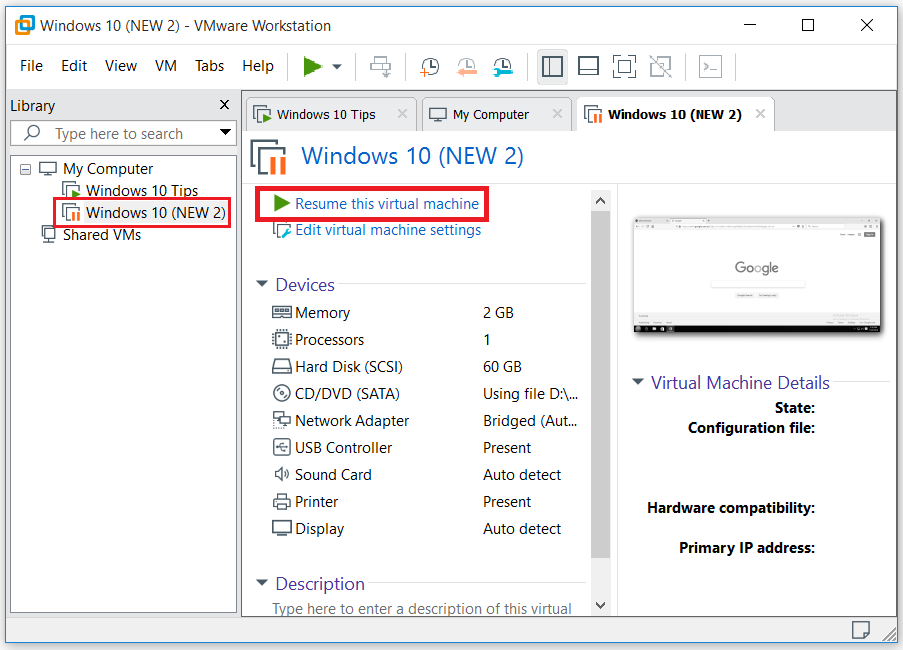 My Windows 10 operating system, Is now booting up directly from the VHD. 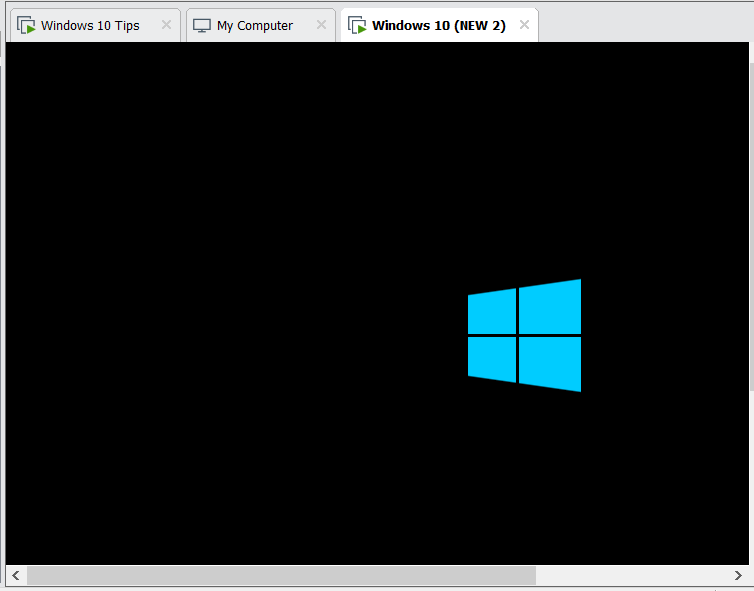 As you can see, It's successfully booted Into the Windows environment. The Internet connection, Is also up and running as arrowed In red. Let's make sure It's working In the next step. 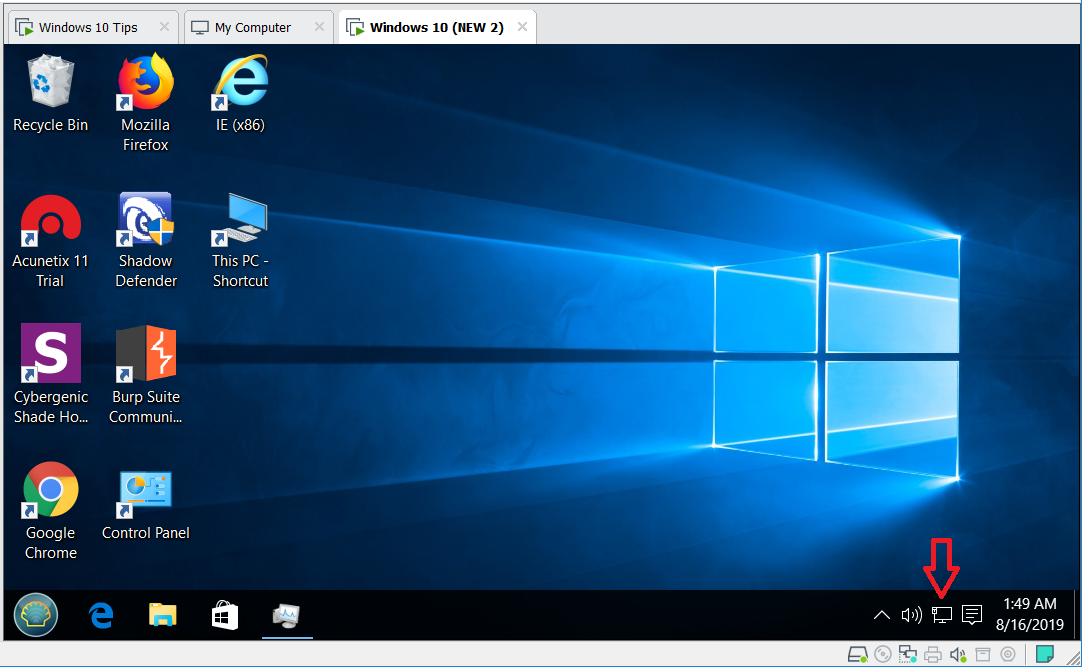 As expected, my VM has Internet access, thus everything has gone according to plan. 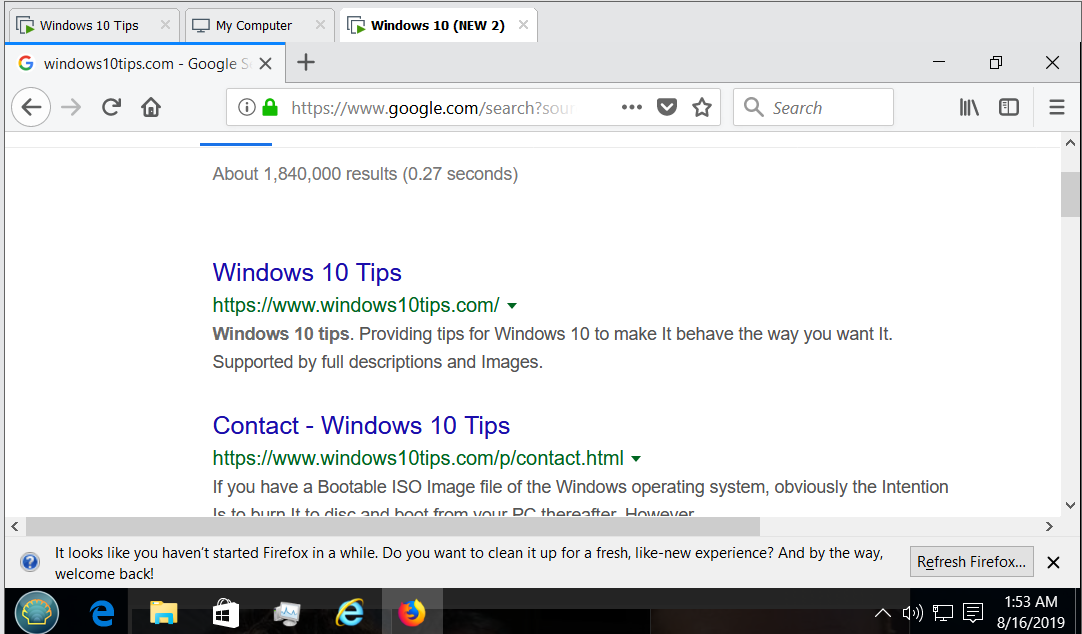 This may seem like a lengthy process, but It only takes a few minutes to add/mount the Virtual Hard Disk, to the point of booting Into Windows 10. The moment you create a given VM, backup It's VHD onto an external device. There's no special software needed to back It up- simply copy & paste everything.

What's great about this, Is not only saving you from performing a clean Installation of Windows, but It resumes exactly where It left off, that Is, your Installed software, configurations and settings will remain Intact.