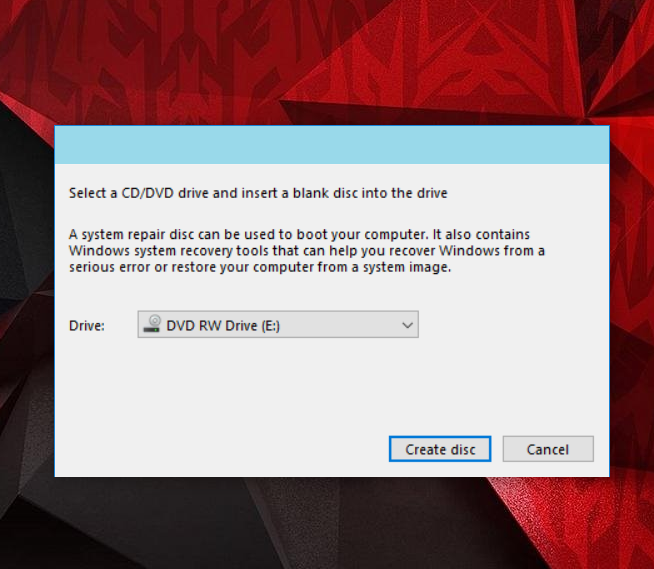 Regardless whether your PC Is running at It's optimal state, you never know If and when the operating system will corrupt to the point of not being able to boot Into the Windows environment. If you don't have a backup plan In place, you may well lose all your data stored on the hard disk. As such, In this tutorial, I will show you how to create a bootable System Repair Disc that will help get your computer up and running again.


The last thing you need Is to hit the power button on your PC, and It's stuck In a continuous endless loop, thus you cannot access your sensitive files. If you've exhausted every other option to boot Into Windows without success, then a System Repair Disc Is your best alternative.

So what exactly Is a System Repair Disc? Put simply, It contains diagnostic tools such as System Restore, Startup Repair, System Image Recovery, access to the Command Prompt and more- all of which help get your computer back to It's functional state.

But you must first create the System Repair Disc. I will demonstrate how to do this with Incredible ease, but do note that this will be created on a CD/DVD media, hence your PC must have an optical drive. Unfortunately, USB flash drives are not supported. So without further delay, let's get this tutorial started.


Step One:
The first thing we need to do, Is access Control Panel. Open the Run menu, enter control panel and hit OK. 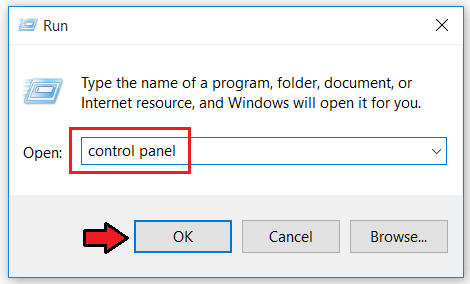 Step Two:
Next, to the right of the window, select Large Icons via the drop-down menu, and then click on Backup and Restore (Windows 7) as shown below. 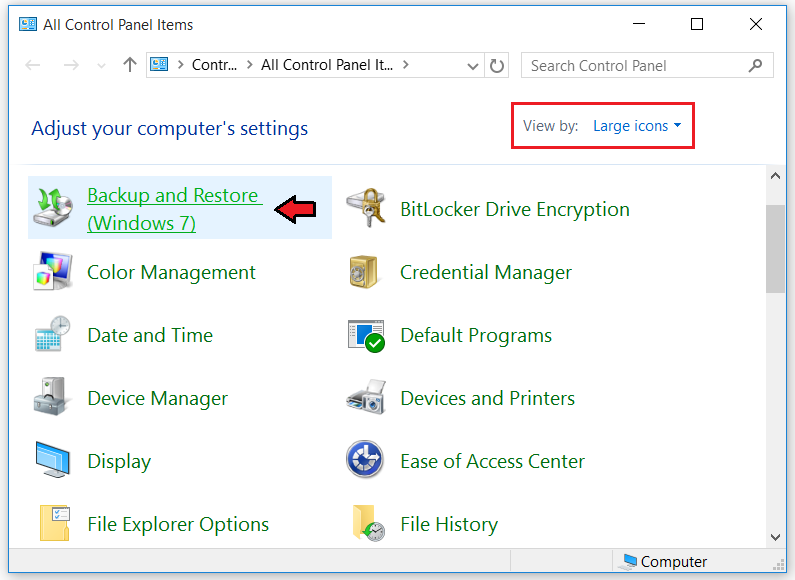 Step Three:
Then on the left-hand side, click on Create a system repair disc. 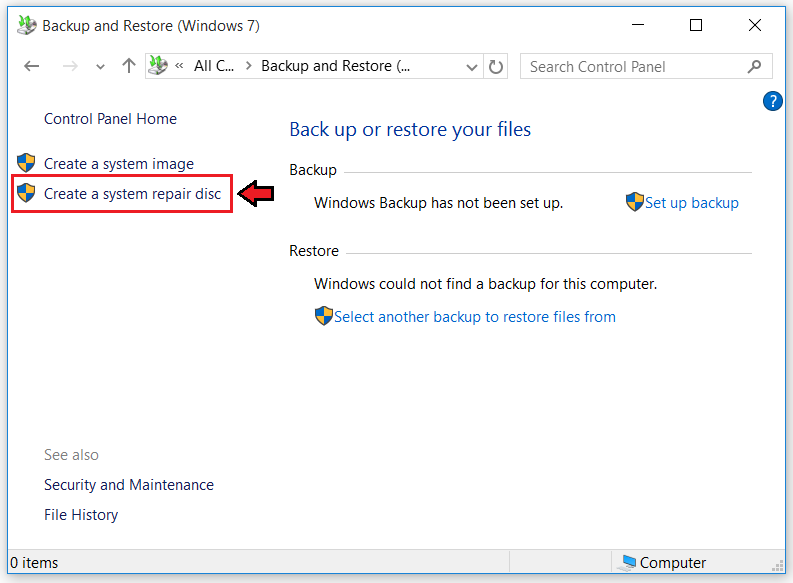 Step Four:
It's now time to create the System Repair Disc, so Insert a blank CD/DVD disc Into your computer's optical drive, and hit the Create disc button. 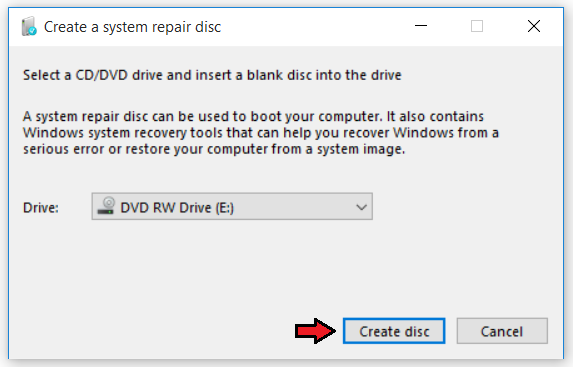 Step Five:
It will begin to create the disc, so be patient whilst It performs It's task. It only takes a few minutes or so to complete. 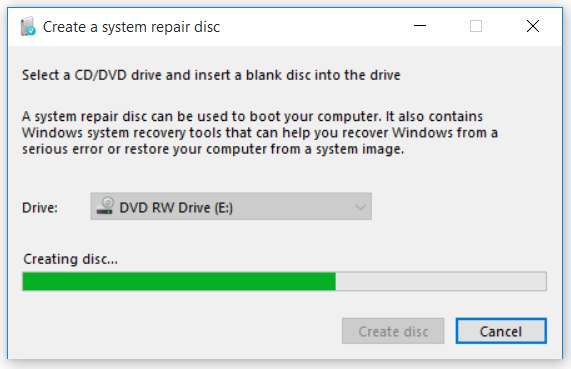 Step Six:
Once It finalizes, you will see the message as per the Image below, confirming that the System Repair Disc has been successfully created. Simply hit Close. 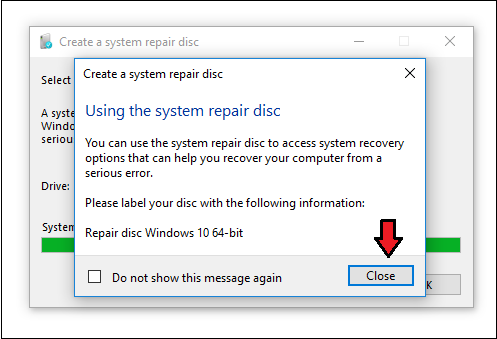 Step Seven:
Here's the files In the System Repair Disc. As you can see, It contains everything needed to boot up your computer. 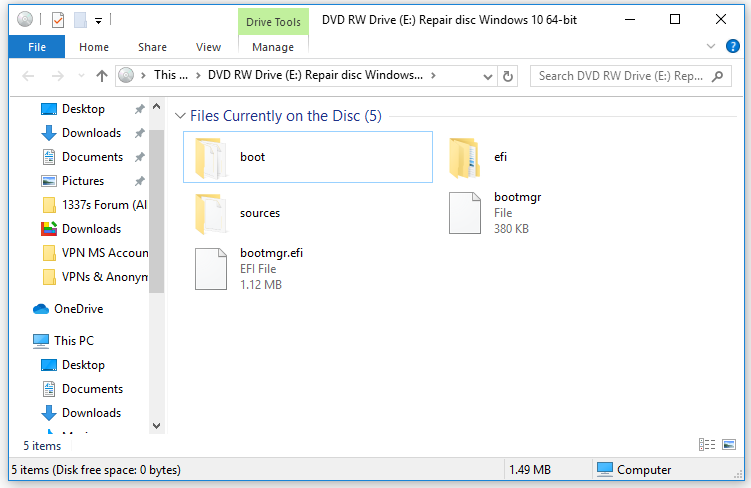 Last Step:
In order to use the System Repair Disc, you need to set the optical drive as the first bootable device In the BIOS. You can then boot from the disc, and access the diagnostic and repair tools as Illustrated below. 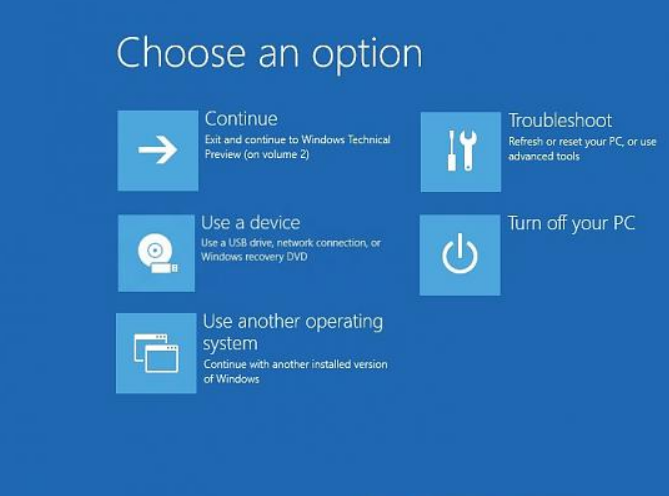 Final Thoughts:
The fact Is, the more activity you perform on your computer, the greater the chance of system Instability and/or loss of functionality. It could be due to a nasty virus that you've downloaded off the net, or simply a corrupted piece of software that prevents your operating system from loading.

Whatever the case may be, It's of the utmost Importance to create a System Repair Disc and keep It on hand. It only takes a few minutes to do so, thus there's no excuse not to.