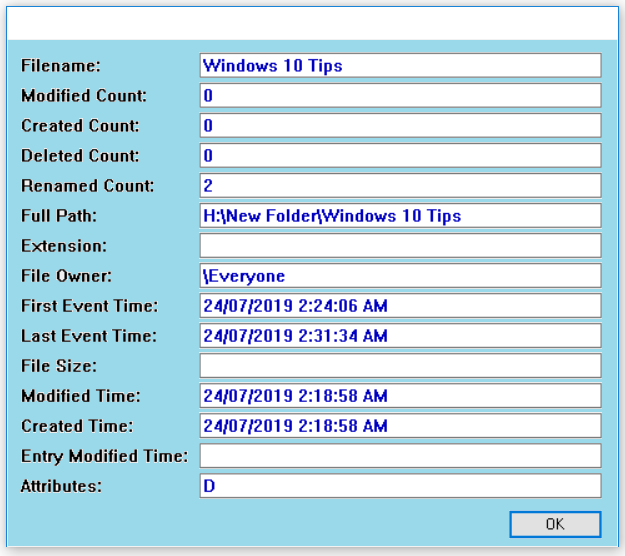 Be It copying & pasting files from one directory to another, renaming a folder or simply deleting files that're no longer needed, It's not possible to keep track of each and every task performed on your computer. If you have multiple users on your PC, you'd certainly like to know exactly what changes were made, and when. In this tutorial, I will show you how to monitor changes to files & folders In real time, by using a very Impressive third-party tool.


I've tested many tools and applications that supposed to keep track of changes to files & folders In a given directory, however they either failed In It's entirety, or partially delivered the results. One particular tool named FolderChangesView, does the job with Incredible ease and accuracy.

In a nutshell, the tool will detect and record every change made to both files & folders In real time, that Is, the moment It happens. Don't be fooled by It's title, namely FolderChangesView, It's also relative to files. Moreover, It records the timestamp of when the action took place.

As mentioned above, this comes to good use If you have other users sharing your computer and making changes, or you simply want to recall when a file/folder was renamed, added or deleted. You can download FolderChangesView from the official website. So without further delay, let's rip Into this tutorial.


Step One:
After you've downloaded the tool, execute It, and It will Immediately prompt to choose a folder (or directory) that you wish to monitor. For the purpose of this guide, I've selected my H:\ directory as shown below. When you've chosen yours, hit OK. 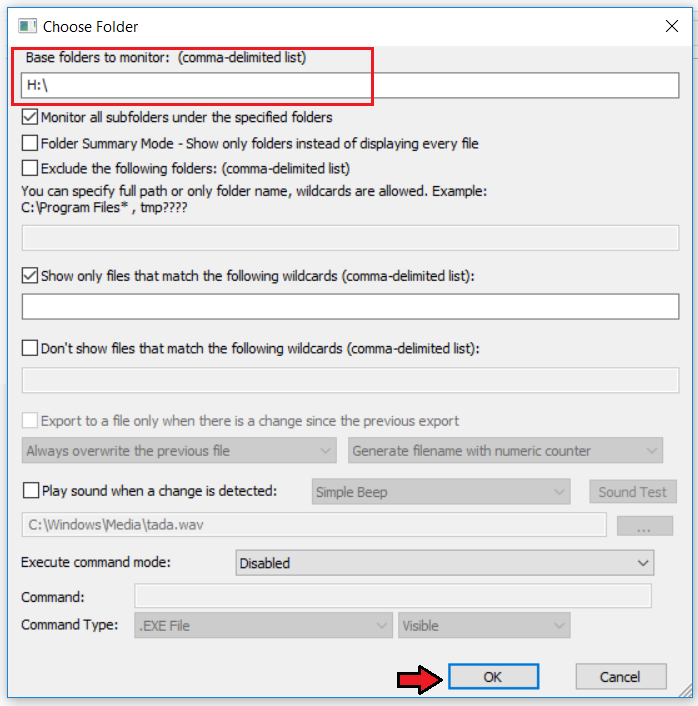 Step Two:
The tool will now monitor all changes In real time. At the moment, I've yet to edit or delete anything In my H:\ directory, hence there are no entries. 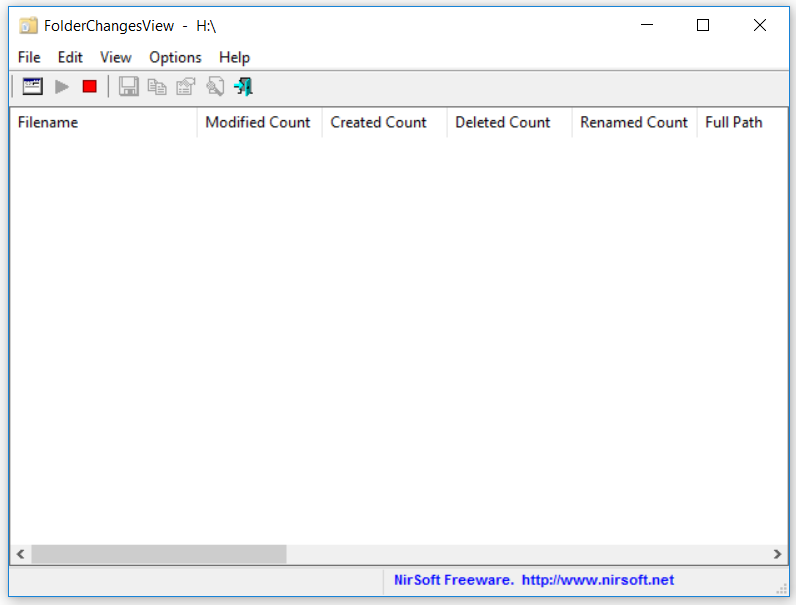 Step Three:
Let's put It to the test. I have a folder named Windows 10 Tips, so In the next step, I'll rename It. 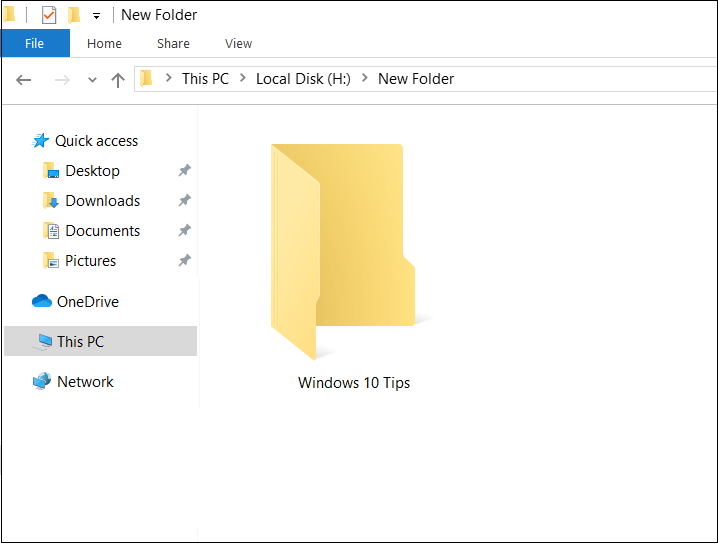 Step Four:
I've now renamed It to Windows 10 Tips MODIFIED. The tool will detect the change. 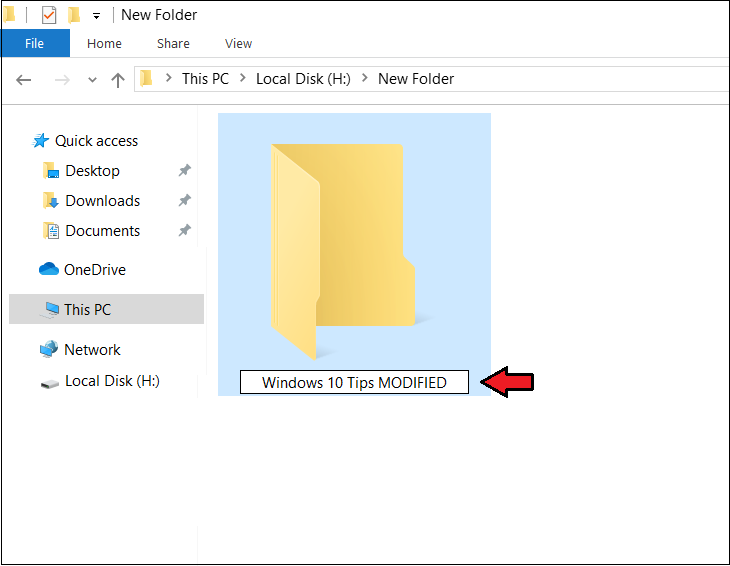 Step Five:
As you can see, the change has Instantly been detected and recorded In the tool. This happened In real time. 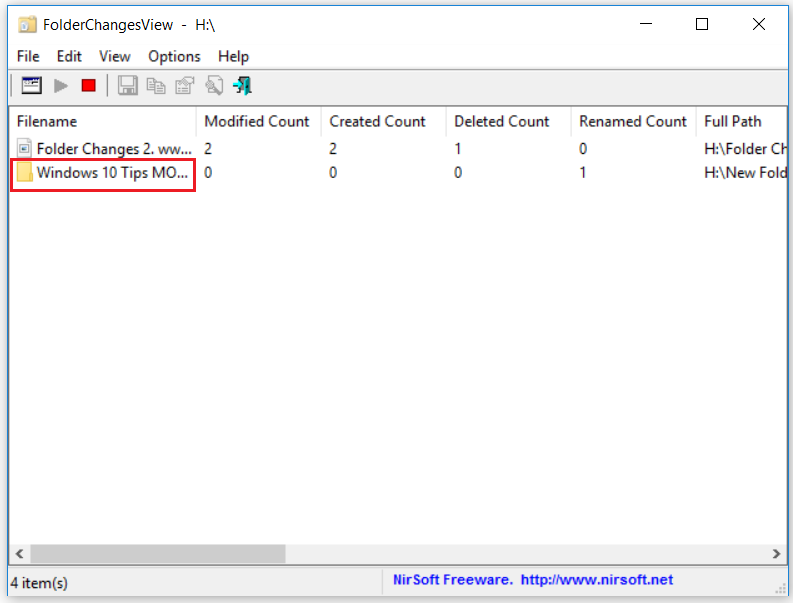 Step Six:
Upon double-clicking the above entry, the timestamp and other Information about my folder Is listed. It even displays the number of times It's been renamed (Renamed Count), so far only 1. Let's see how accurate this Is, by renaming my folder In the next step. 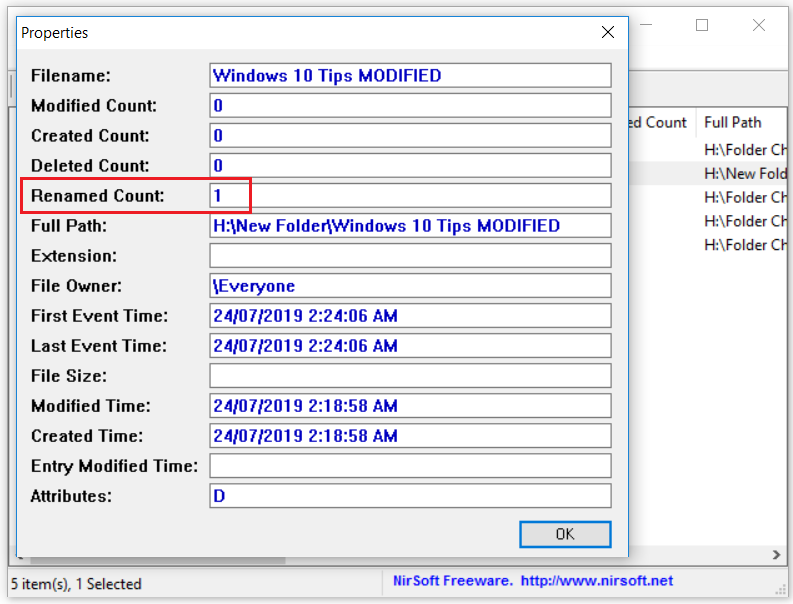 Step Seven:
I've renamed my folder back to Windows 10 Tips, and as you can see, the Renamed Count Is accurately recorded at 2. Again, this was recorded In real time. 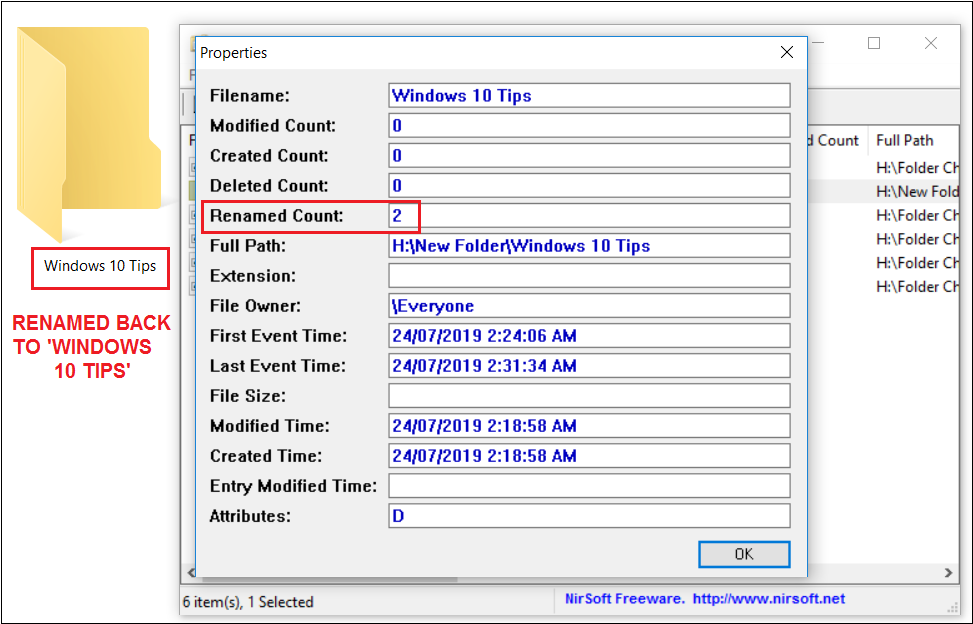 Step Eight:
This part Is quite Impressive. Every screenshot that I performed and saved whilst writing this tutorial, was captured by the tool there and then. 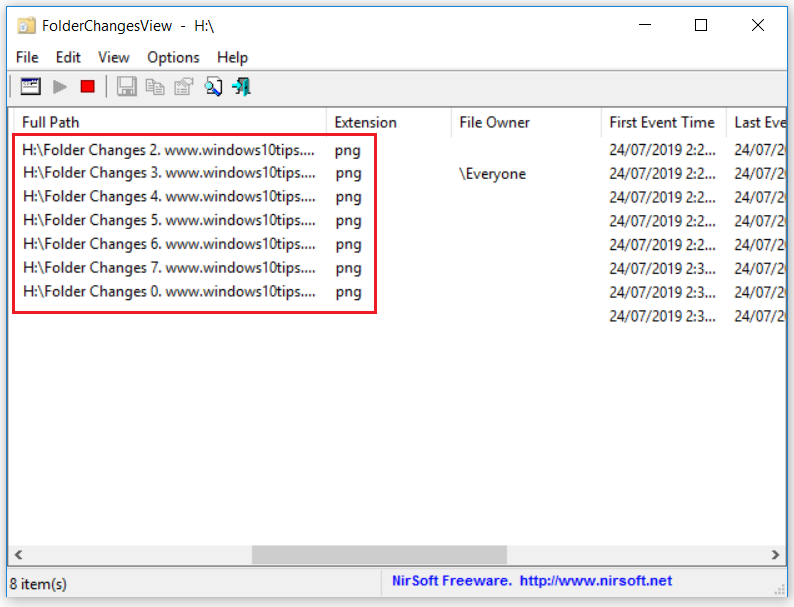 Step Nine:
I've now deleted my Windows 10 Tips folder, and you can clearly see the entry recorded In the tool. 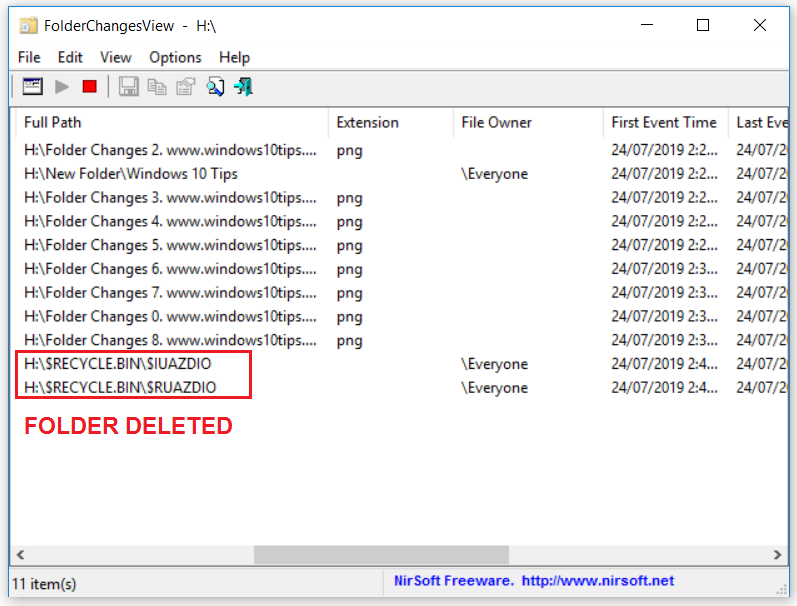 Last Step:
To demonstrate that this Is compatible with files, I've renamed my file to Windows 10 Tips EDITED, and there were no Issues recording the result. 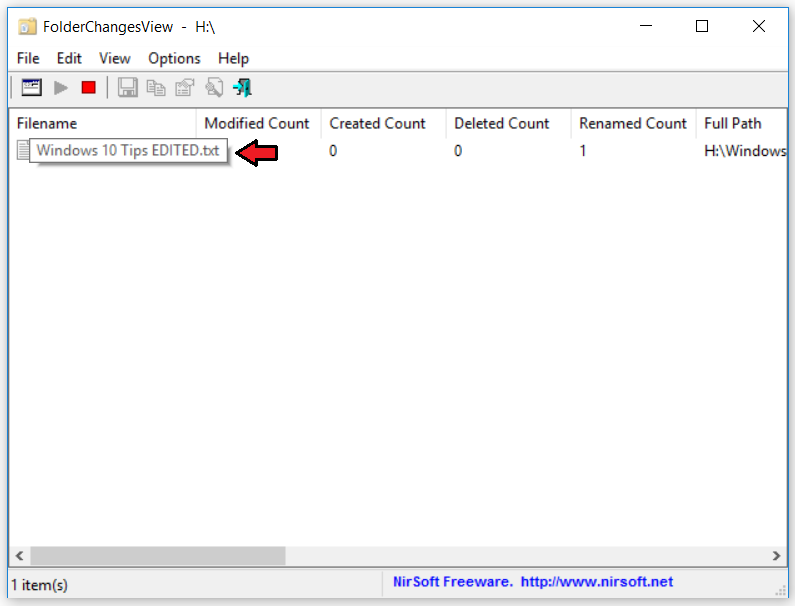 Final Thoughts:
In terms of actively monitoring all changes made to files and folders In a directory of your choice, you can't go wrong with FolderChangesView. The good thing about this tool, Is that It's a portable version, hence no need to Install It on your computer. Just execute the file, and you're ready to go.

It's capacity Is way greater than what I've documented and Illustrated, thus beyond the scope of this article to cover everything. Check It out and see what you think, you will not be disappointed.