How To Find Every EFS Encrypted File & Folder 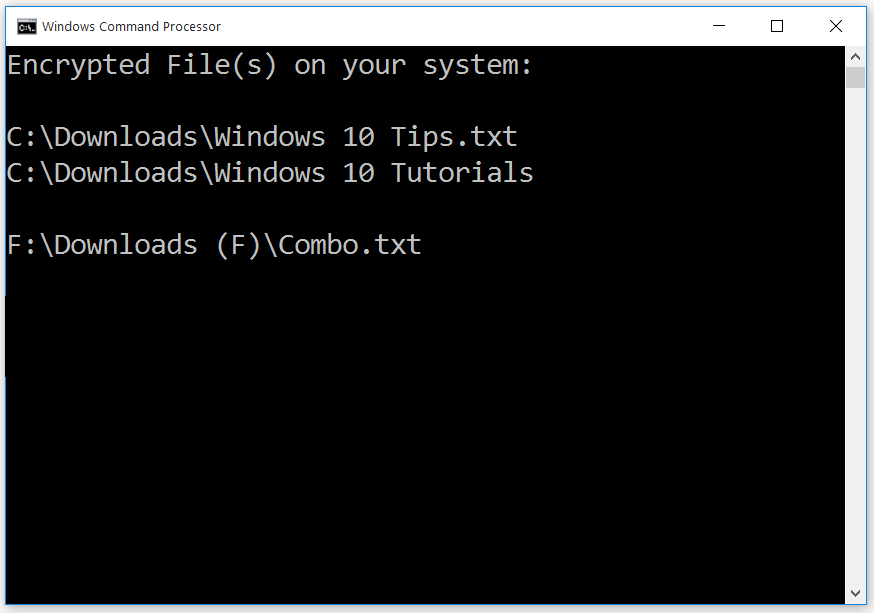 Native to the Windows 10 platform on supported editions, Is an encryption tool named Encrypting File System (EFS), that allows you to securely encrypt files and folders, thus keep them safe from unauthorized access. You can encrypt just about any file & folder In almost any directory, and physically locating each and every one, can be an arduous process. As such, In this tutorial, I will show you how to find every EFS encrypted file & folder on your computer.


Before I begin, here's what I'm referring to. When you encrypt a file or folder using the Windows built-In Encrypting File System tool, It's Identified as such (encrypted), by the green text In the file/folder name as per the Image below. 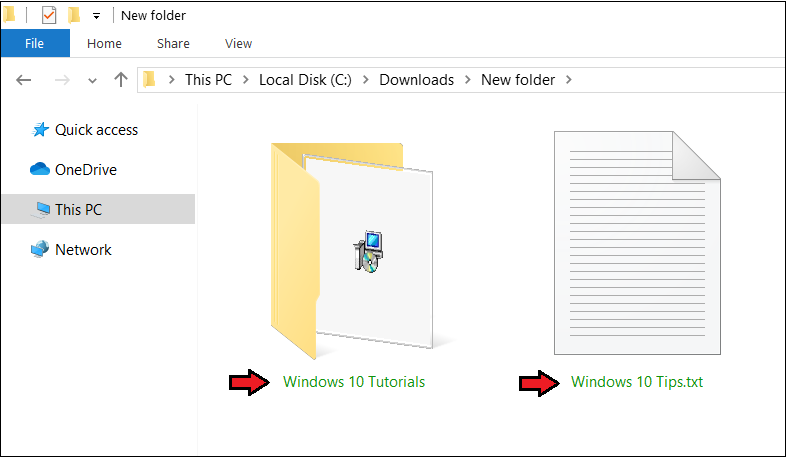 It's beyond the scope of this article to elaborate on how EFS works, so this Is on the grounds that you're aware of how the Encrypting File System functions. Whilst It's easy locating encrypted files & folders In a particular directory, the same cannot be said when they're scattered all over the hard disk on your computer.

I will be demonstrating how to Identify every EFS encrypted file & folder, by using a built-In utility named Cipher, that's accessed via the Command Prompt. I will also show you how to save the results to a text file. Do note that Cipher Is only supported on Windows 10 Pro, Enterprise and Education editions. So without further delay, let's get this tutorial started.

Step One:
The first thing we need to do, Is access the Command Prompt. Open the Run menu, enter cmd and hit OK. 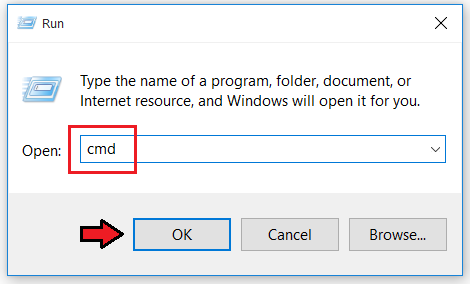 Step Two:
The Command Prompt window will now open, so enter
Cipher /u /n as Illustrated below. 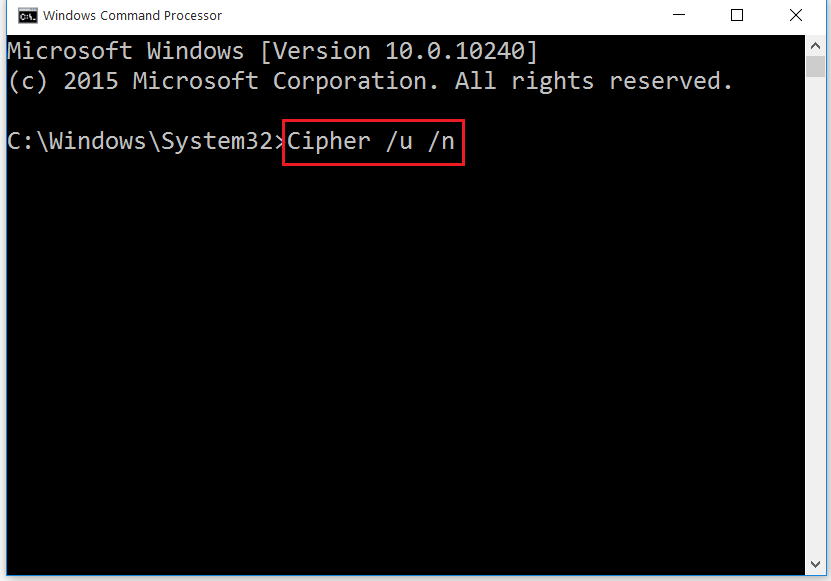 Step Three:
Now hit the Enter key on your keyboard, and every EFS encrypted file & folder, will be returned, Inclusive of It's directory. As you can see In my case, I have 2 files and one folder. 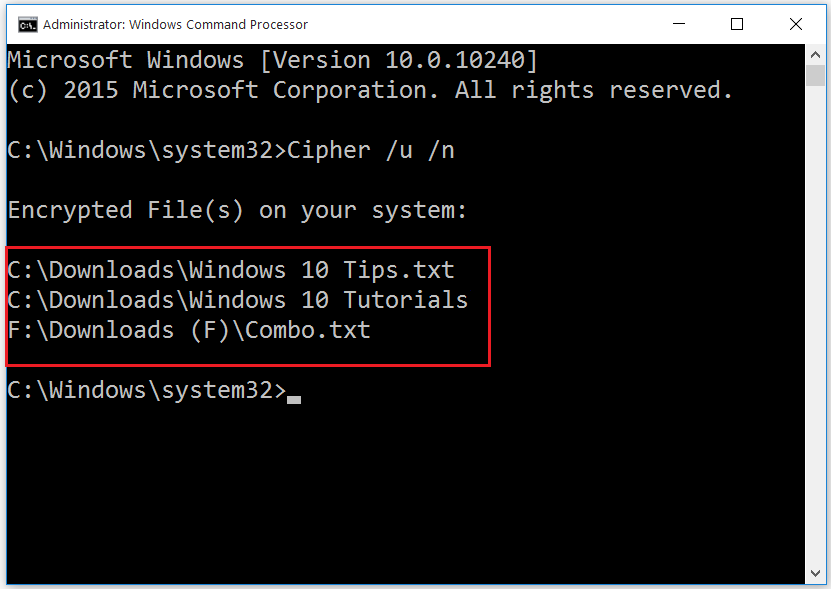 Step Four:
We'll save the results to a text file. The syntax Is as follows.

Replace Your Directory with where you want to generate the file, and YourFileName with the name of your text file. For Instance, my command Is as per below.

Hit the Enter key on your keyboard, and the text file will be saved to your specified directory. 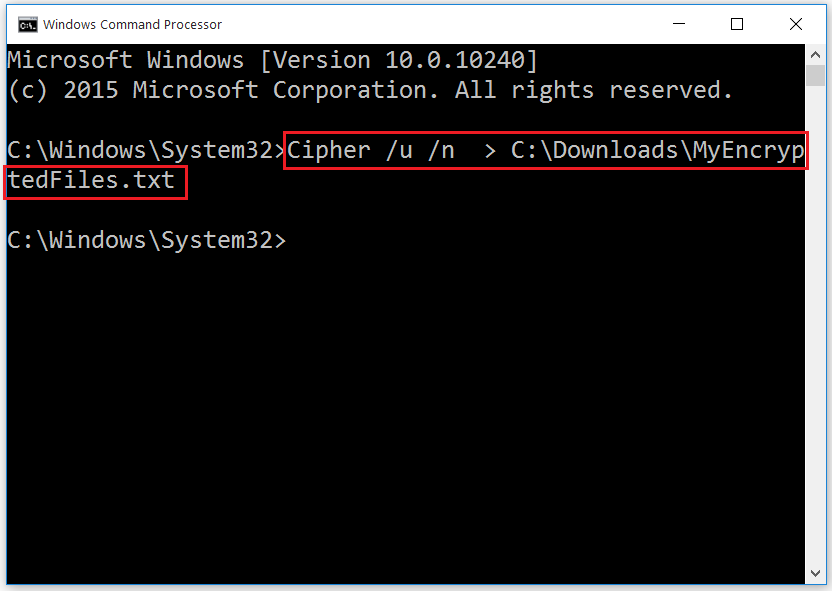 Step Five:
I've navigated to my directory, and as you can see, the text file has been successfully created and saved. This contains all my encrypted files and folders. Let's open It In the next step. 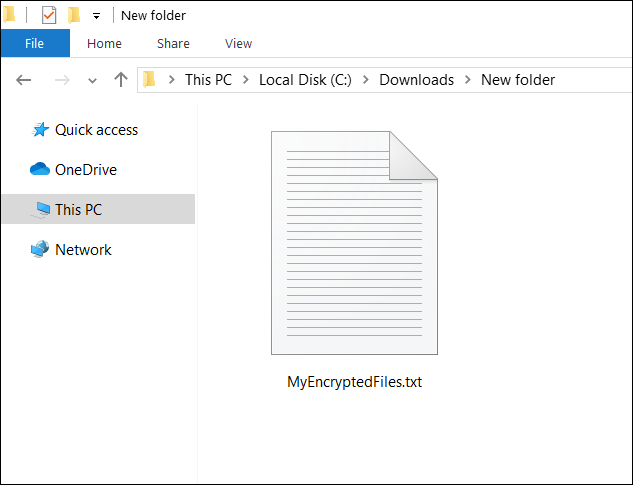 Last Step:
Upon opening my text file, as expected, my EFS encrypted file and folder names and directories are listed accordingly. 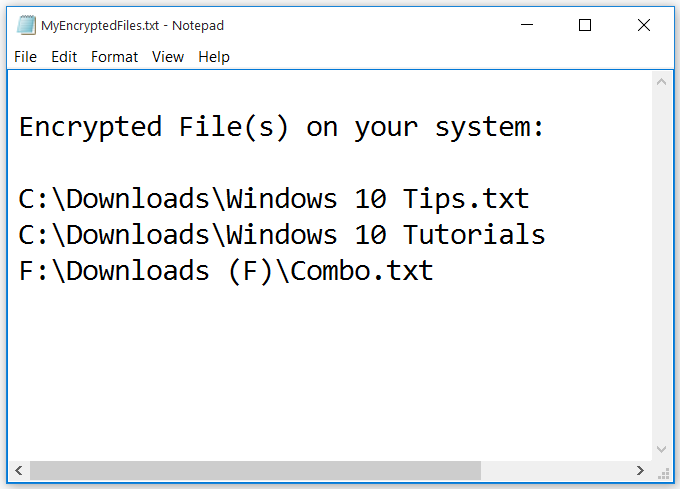 Final Thoughts:
If you only have a handful or less of EFS encrypted files & folders, there's no purpose using this methodology to locate them- I'm sure you'll remember their directories quite easily. However, If there's a significant amount In various locations on your computer and/or network, It can be extremely difficult (If not Impossible) to Identify the lot, hence this tutorial will certainly serve your needs.