How To Create A Virtual Machine Using VMware A virtual machine, often abbreviated as a VM, Is a software program containing an operating system that's Installed on the physical machine (PC), and operates In It's own Isolated environment. Every task performed In the VM, remains there, without affecting the main computer. Every user should have a virtual machine up and running, so In this tutorial, I will demonstrate a detailed guide on how to create & Install a virtual machine on your computer, namely VMware Workstation.


There are many reasons to utilize a virtual machine and as such, It's beyond the scope of this article to document the lot. The most common are testing applications for viruses, malware and the like, and the same (testing) with different types of operating systems. I've been using a virtual machine for over 15 years and couldn't live without It, and once you've read this tutorial, you'll know exactly why. I will often be referencing It as a VM.

As said, It functions In It's own (virtual) Isolated environment, hence all tasks performed In the VM remain there. On It's own, It's useless- an operating system must be Installed for a VM to function. It's like your own computer, no operating system, no functionality!

The following tutorial Is quite detailed, yet straight to the point. I will be using a virtual machine named VMware Workstation, and will show you how to Install the VM software & create It, Install an operating system and connect to the Internet on the VM thereafter.  So strap yourself In, and let's get this tutorial started.

Step One:
The first thing you need to do, Is (obviously) download VMware Workstation. Upon opening the executable file, the setup wizard will begin, so hit Next. 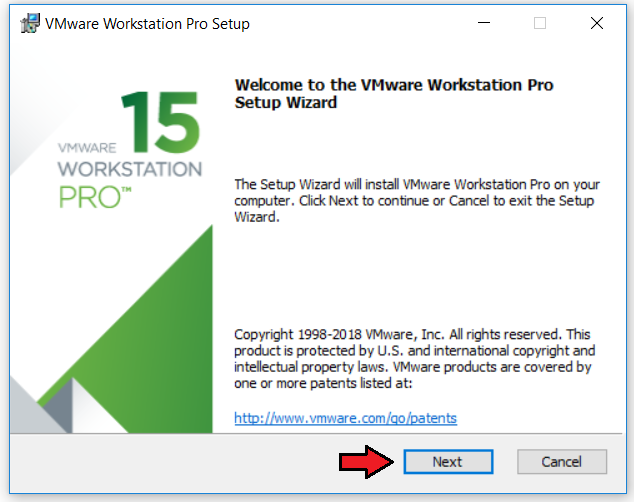 Step Two:
There's an option to Install the Enhanced Keyboard Driver, which basically simplifies your keyboard experience when used with the VM. It's your choice whether to Install It. I have no use for It, hence unchecked the option. Click Next to move forward. 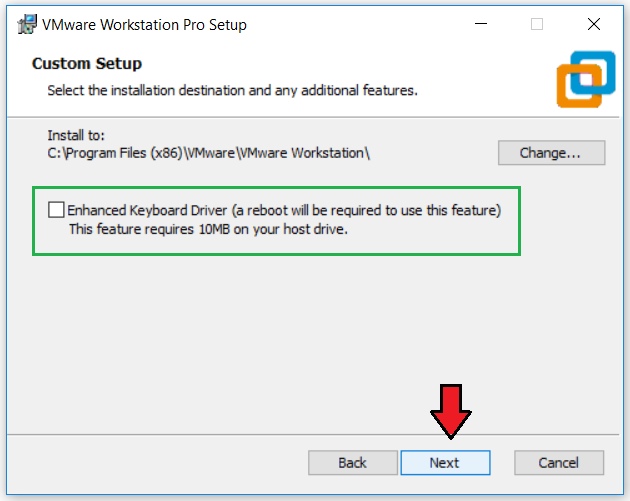 Step Three:
There's a couple of options at the top, as Illustrated In red. Again, your choice whether to select them. Don't forget to hit Next. 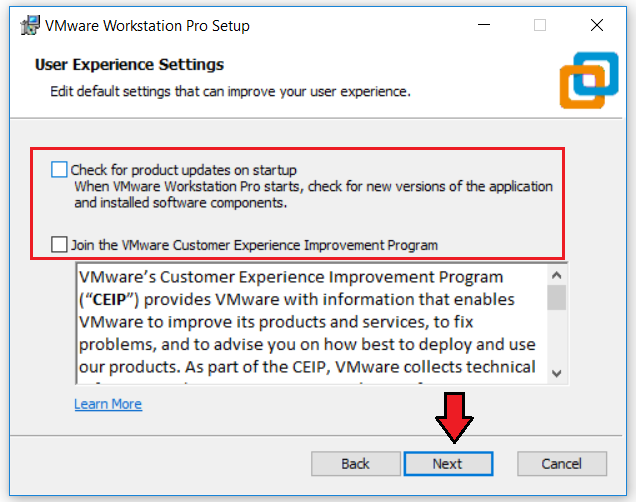 Step Four:
The Installation process will now begin, so be patient whilst It performs It's tasks. It shouldn't take any more than a couple of minutes to complete. 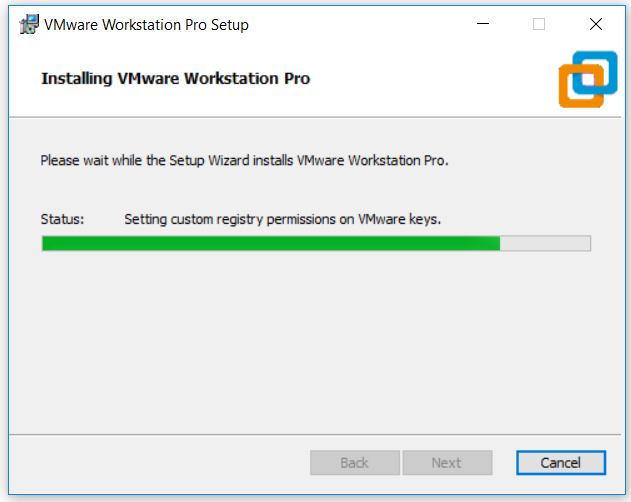 Step Five:
Once It completes, simply hit Finish to finalize the process. 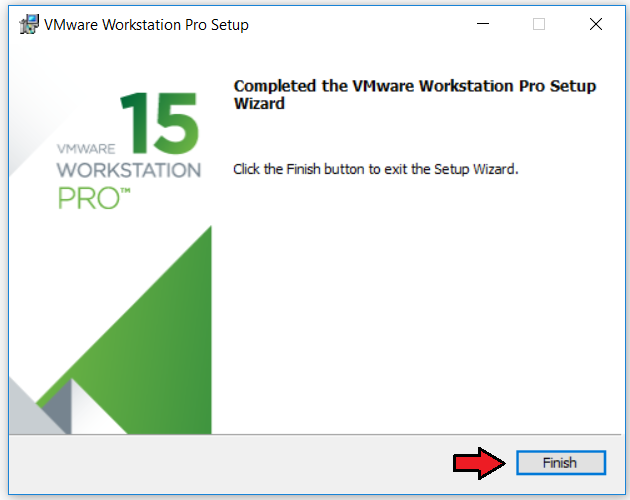 Step Six:
The software Is Installed. We now need to create a virtual machine, so upon executing the VMware Workstation file, select File > New Virtual Machine as shown below. 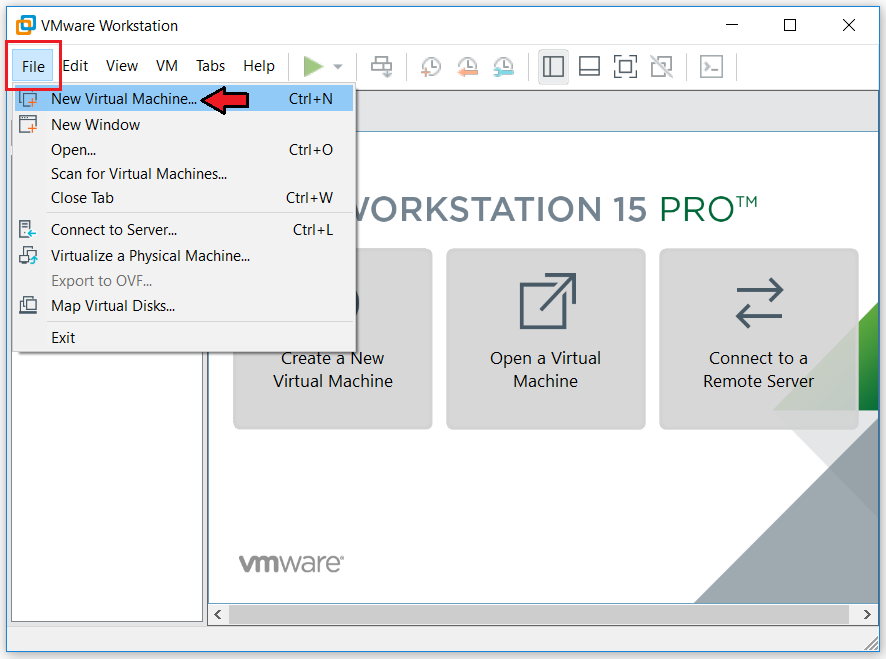 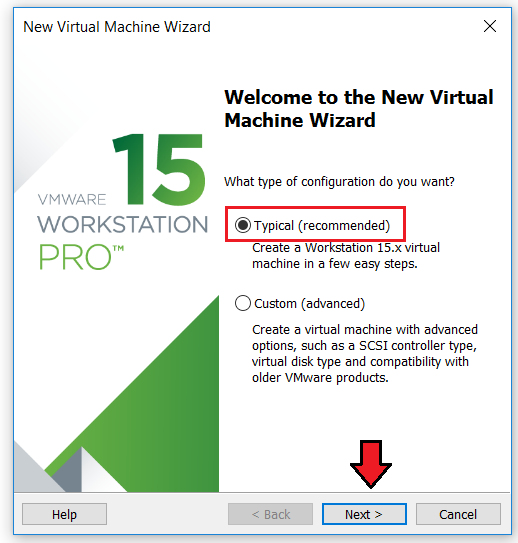 Step Eight:
Now click the Installer disc Image file (Iso) radio button, and browse the directory of your Windows 10 operating system. It must be In the form of a bootable ISO file. This Is the OS, that will run In the VM. Don't forget to click Next. 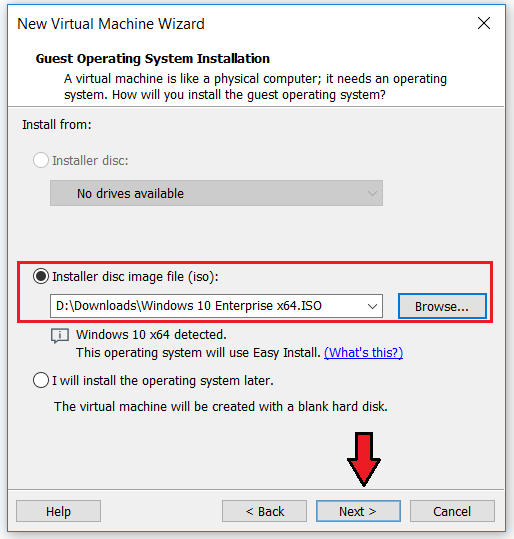 Step Nine:
Under Virtual machine name, do just that by naming your VM. I've called mine Windows 10 x64. Just below that, select the directory where you want the VHD (Virtual Hard Disk) to be Installed. This Is the hard disk of the virtual machine. I've simply left It at It's default directory. Again, click Next. 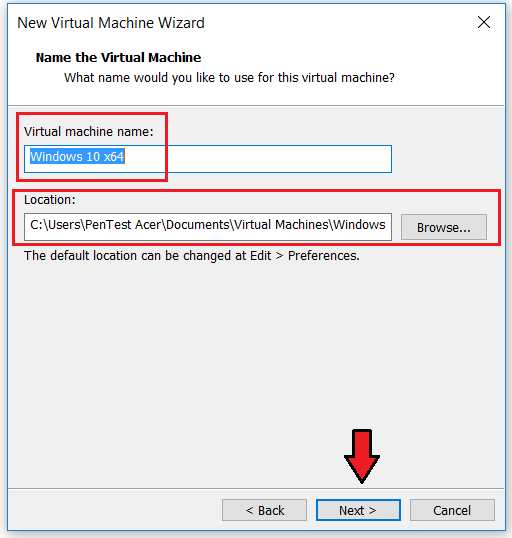 Step Ten:
Next to Maximum disk size (GB), specify the capacity of the VHD, based on how much you're planning to store on the virtual machine. I've left It at 60 GB. You only want one virtual disk, so choose the Store virtual disk as a single file radio button, and hit Next. 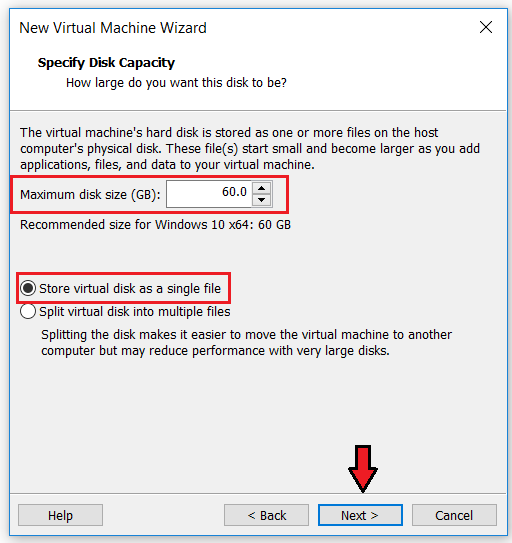 Step Eleven:
Make sure the Power on this virtual machine after creation checkbox, Is not selected. Then hit Finish to finalize the process. 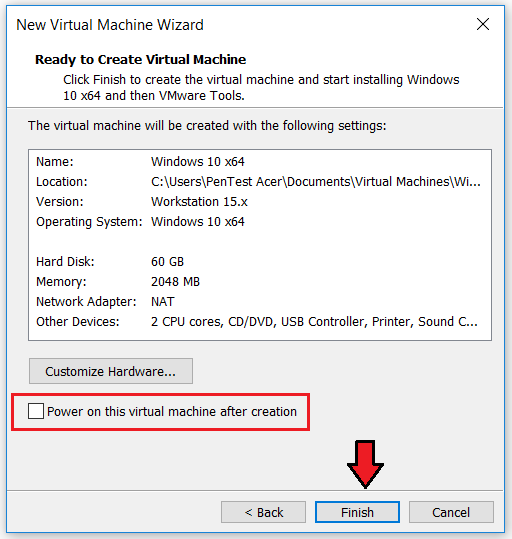 Step Twelve:
The virtual machine Is now created, but In It's raw state. We need to Install the operating system that was mounted In Step Eight above. Before we do this, you'd want Internet access on your VM, so the connection from your computer's network adapter to the virtual machine, must be bridged. To do this, click on Edit virtual machine settings. 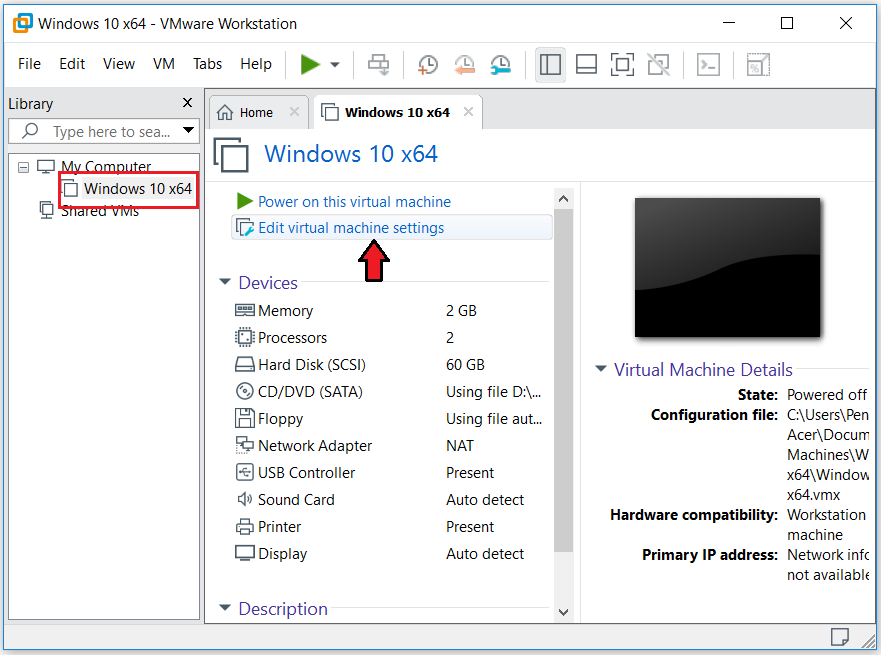 Step Thirteen:
Click on the Hardware tab at the top left, and below that, click on Network Adapter. On the right pane, select the Bridged: Connected directly to the physical network radio button. This will bridge your computer's network adapter to the VM, hence allow Internet connectivity. Click OK for the change to take effect. 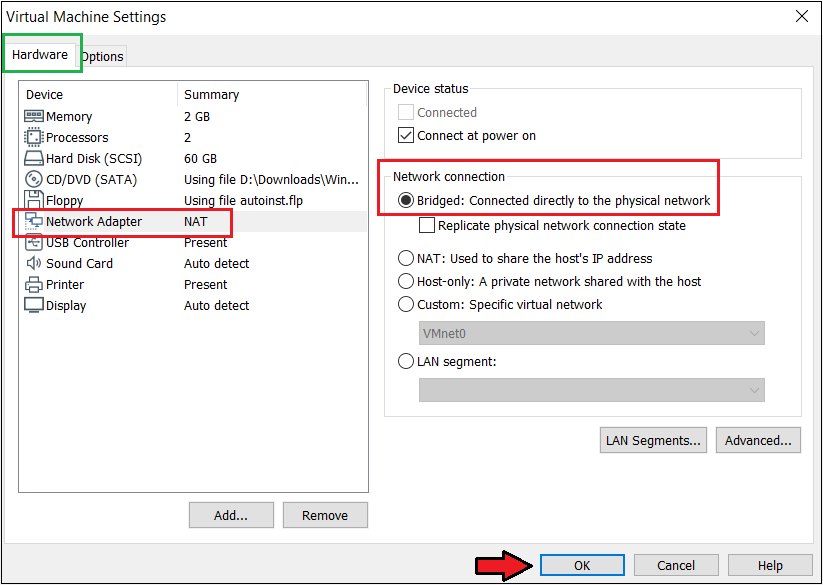 Step Fourteen:
Everything has been configured, so It's now time to Install the Windows 10 operating system. Click the Power on this virtual machine link as arrowed. 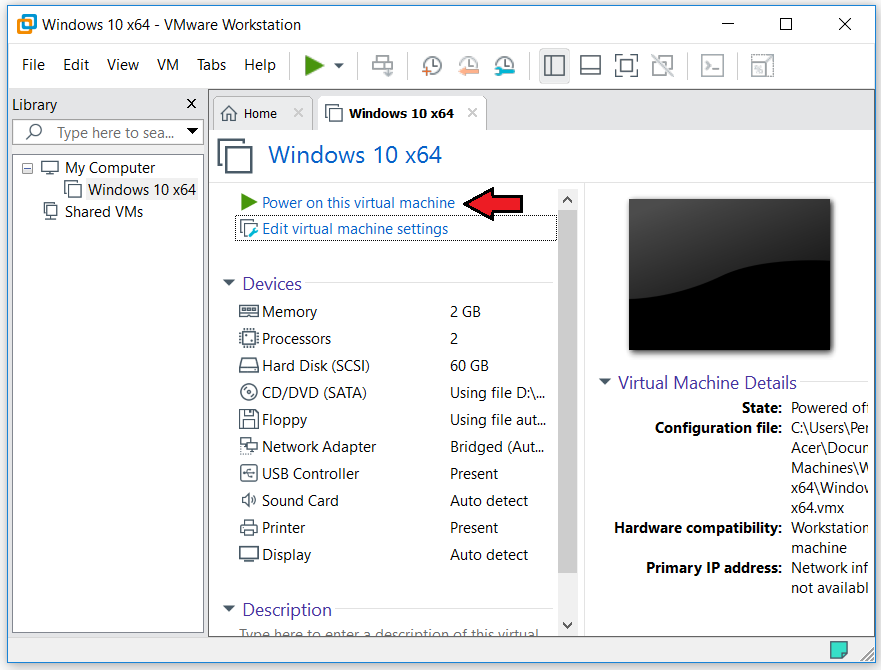 Step Fifteen:
The operating system will now Install on the virtual machine, so follow the onscreen prompts until completion. 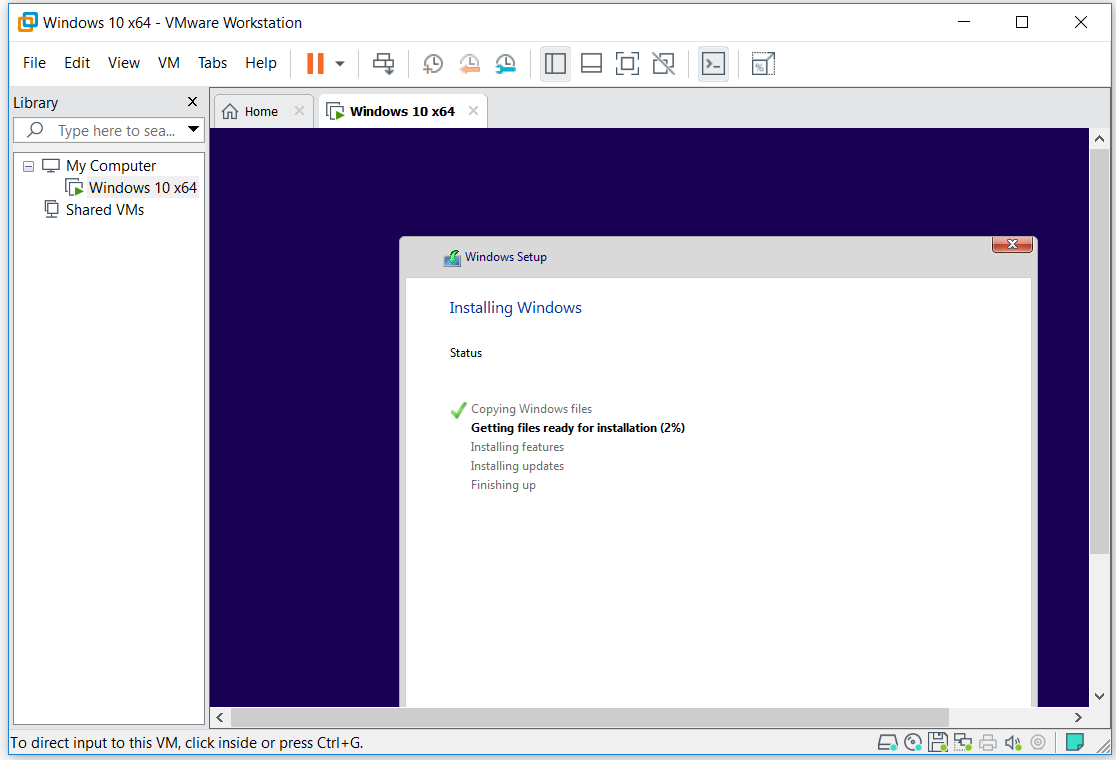 Step Sixteen:
The operating system has successfully Installed, and Is now In the Windows environment. As you can see, the virtual machine Is sitting on my laptop's desktop. I also have an active Internet connection. I'll test the Internet In the next step. 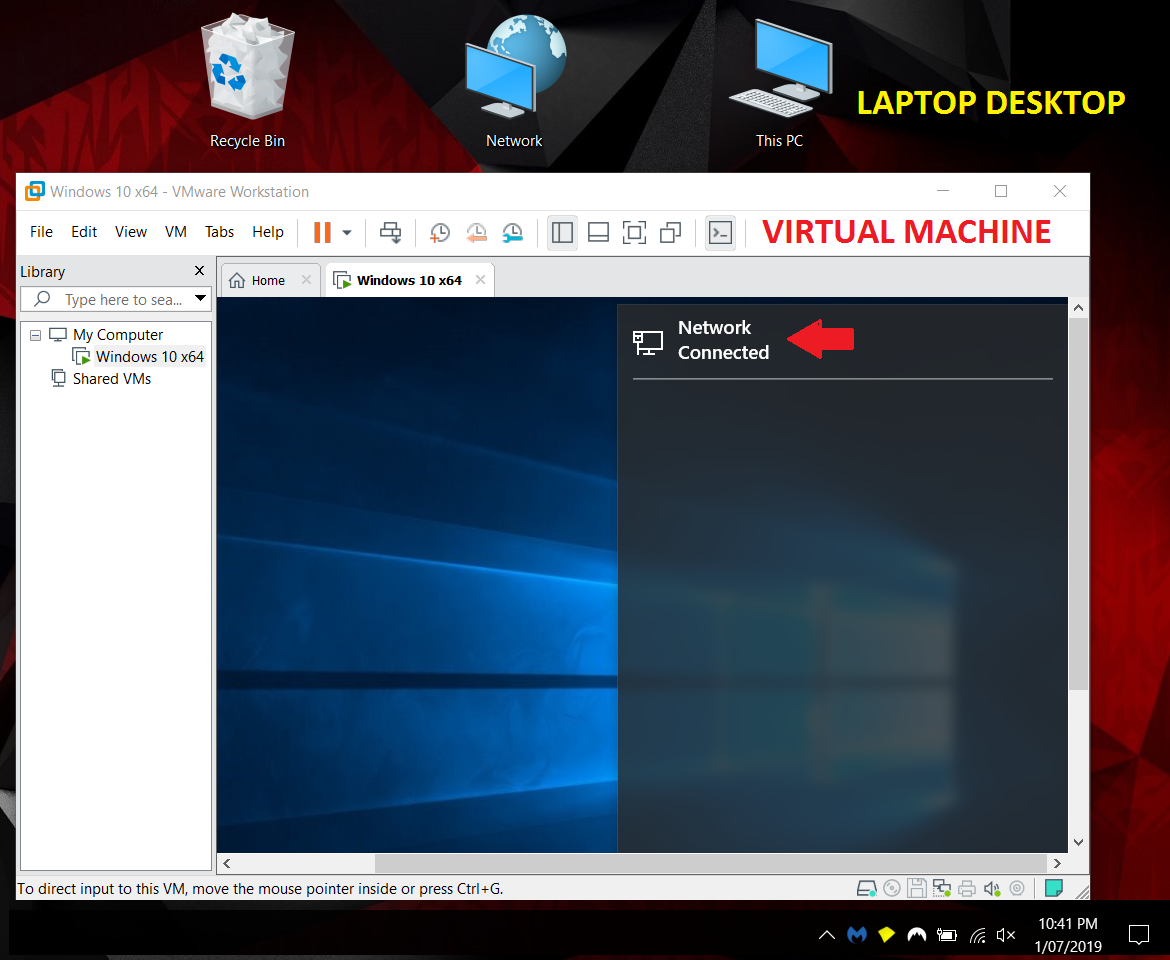 Last Step:
I've opened the Microsoft Edge browser, and as expected, the Internet Is up and running In my virtual machine. I can do anything online without affecting my laptop. 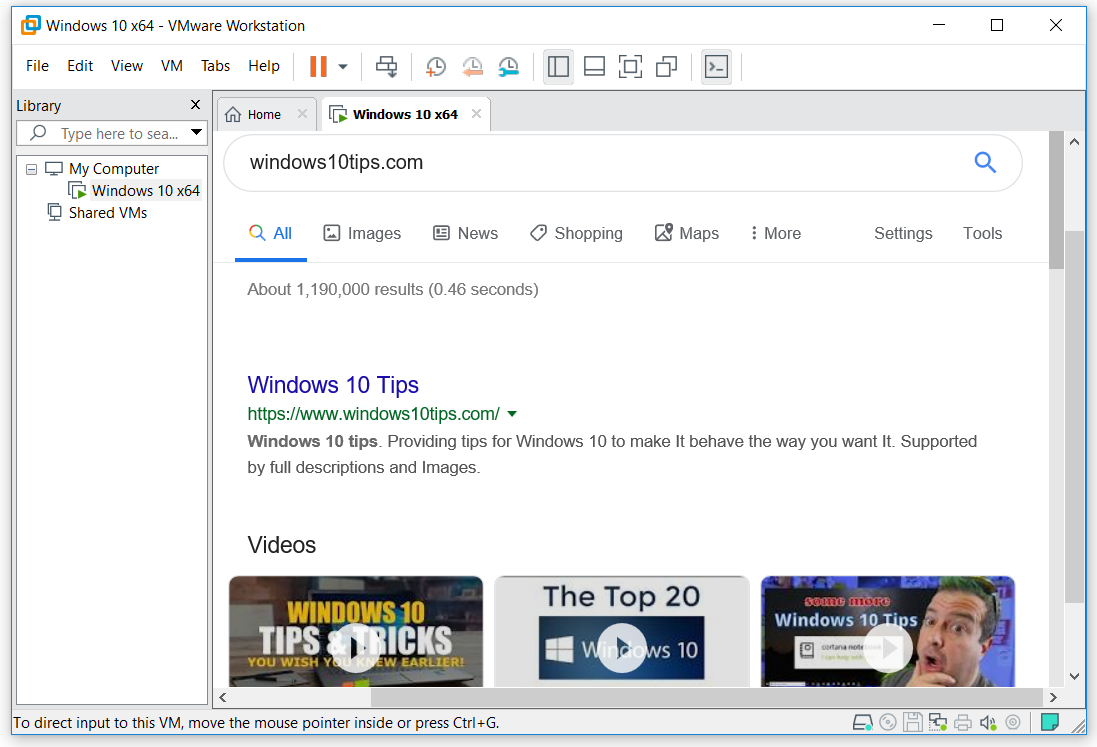 Final Thoughts:
If you've followed the entire tutorial every step of the way, you will not have any Issues creating a fully functional virtual machine on your physical computer. There are a number of virtual machine software available as a freeware download, but I highly recommend VMware Workstation, namely for It's ease of use, stability and particularly VMware tools (not mentioned In this guide). If you require assistance with any part of this tutorial, simply drop a comment below.