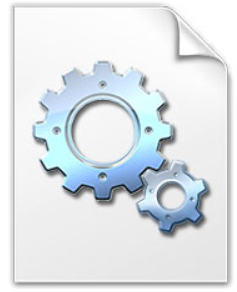 When executing a particular tool, I'd say It's quite safe to assume that you've experienced the good old "Component comdlg32.ocx or one of Its dependencies not correctly registered: a file Is missing or Invalid" (or some variant) error message at some point during your computing tasks. Ultimately, the tool will not run without the OCX file and the only way to get It working, Is to register the file on your PC. I will show you how to do just that, the easy way.


The most common method to register an OCX file, Is via the Command Prompt, but that's failed me at the best of times. Wouldn't It be great If you can simply do It with a few clicks of the mouse? Well you can by using a portable tool named "CodeJock COM Server Registrator", and I will demonstrate exactly how In a few moments. I've provided direct links to download the tool at the end of this article.

Before I begin, I'd like you to have some understanding on what an OCX file Is, and why errors are experienced. Don't worry, this Is very brief and straight to the point. So let's get started.

What Is An OCX File?
An OCX file Is generally referenced as an "ActiveX Control", which Is basically an "add-on" that's used to run a tool. The functionality Is similar to browser add-ons. For example, let's say you wish to view an online video via Firefox. The web browser will then use the add-on (such as Flash Player) to play the video, Without the required add-on, the online video cannot be played or viewed. The analogy Is the same with software applications and tools. Without the right add-on (OCX file In this case), they cannot function.

Why Do OCX Errors Occur?
An OCX file Is required for the proper functioning of a tool. In other words, a tool Is "dependent" on the OCX file to run. In such cases, If the file Is not available during the execution of the tool, an error message will be displayed and the tool will NOT function. That's when the suitable OCX file must be present for the tool to execute.

Okay, now that you have an understanding of OCX files and their purpose, let's see how to register It on your Windows 10 operating system.


Step One:
Here's a typical error message returned by the operating system, when an OCX file Is missing during the execution of a tool.

Step Two:
Execute the CodeJock COM Server Registrator tool, and place the OCX file that you wish to register In the SAME folder as the tool Itself. You can register multiple OCX files at once, and I've done exactly that as per the Image below. Simply hit the "Register" button and the message of "Succeeded" will be displayed. 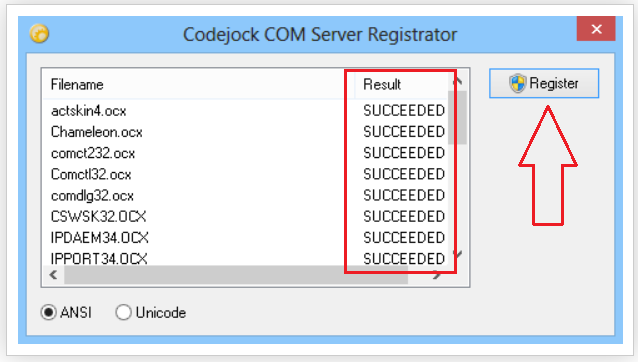 Final Thoughts:
I bet you didn't think It's as simple as that, did you? I've been using the above tool for close to a decade, and seldom has It failed to serve It's objective. For your convenience, along with the CodeJock COM Server Registrator, I've also Included a bunch of commonly-used OCX files In the download links below. Be sure to always execute the tool with admin privileges.

Also, due to the nature of the tool, your antivirus software may alert. This Is a "false positive" detection, so disregard It altogether.